Beneath all the hurled insults and heated debates, the two factions are actually furiously agreeing with one another the entire time, argues Caitlin Johnstone. 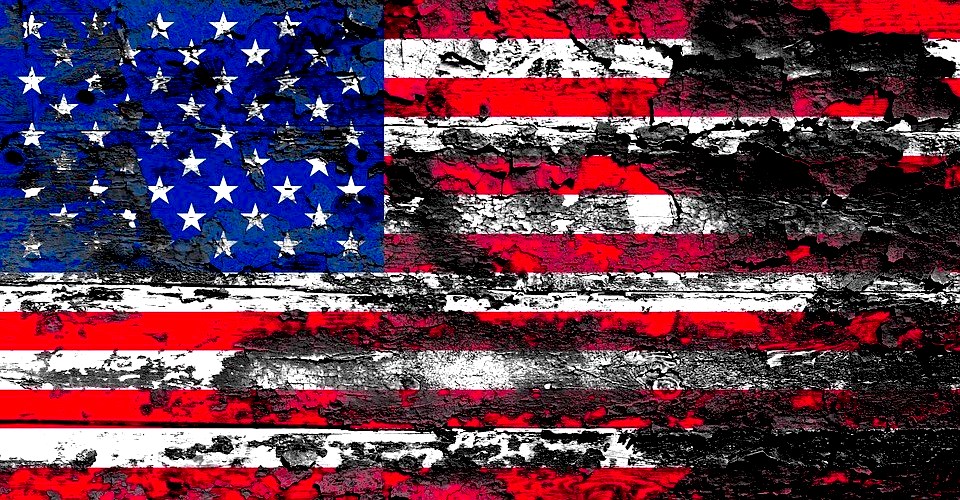 When you look at U.S. politics, it appears as though there are two mainstream political factions that very strongly disagree with one another. “Divided” is a word that comes up a lot. “Polarized” is another.

It is of course true that a whole lot of emotion flows between these two factions, and most of it is indeed negative. The hot topics of any given news cycle in America will typically involve more than one story pertaining to the vitriolic enmity between them.

But beneath all the hurled insults and heated debates, these two factions are actually furiously agreeing with one another. They’re agreeing the entire time.

They agree that the U.S. government should remain the center of a globe-spanning empire; they just angrily quibble over a few of the details of how that empire should be run, like whether or not the Saudi crown prince should have received some small consequence for dismembering a Washington Post reporter with a bone saw.

They agree that the U.S. should remain the earth’s unipolar hegemon at all cost; they just loudly bicker over some of the specifics in how it should look, like whether there should be the names of Confederate generals on its military bases.

They agree that there should be a massive U.S. military presence around the world; they just furiously dispute small particulars like whether a few thousand of those troops should remain in Germany or be moved to Poland.

They agree that there must be endless mass military violence to uphold the U.S.-centralized empire; they just make a big show of debating whether that military violence should be more focused on Syria or Iran.

They agree that it is necessary to menace the entire planet with nuclear weapons while ramping up aggressions against other nuclear powers; they just rage back and forth about whose finger should be on the button.

They agree that it is necessary to control the world economy with an iron fist; they just squabble about its features, like how and when to roll out a trade war with China.

They agree that the environment should continue to be destroyed; they just fight about the minutia, like whether or not there should be some accommodations made for the profit margins of green energy corporations.

They agree that income and wealth inequality should persist in the U.S.; they just passionately disagree about how it should persist, like whether or not Americans should receive another paltry $1200 stimulus payment this year.

They agree that plutocracy should continue to rule America; they just spar over the minor features, like whether or not those plutocrats should pay a tiny bit more in taxes.

They agree that Americans should remain aggressively propagandized; they just argue about whether it should be by Fox News or MSNBC.

They agree Americans should be closely surveilled and their speech tightly controlled; they just debate the details, like whether or not right-wing pundits are being disproportionately censored on social media.

On all issues that most severely affect real people on mass scale, these two political factions are in emphatic agreement. They just pour a whole lot of sound and fury into the tiny one percent of the spectrum wherein they have some disagreement.

They do not allow for any mainstream discussion of if the oligarchic empire should continue to exist; all their issues, arguments and histrionics revolve around how it should exist.

The real debate in U.S. politics is not between the two mainstream factions which agree with one another on virtually everything that matters to every extent that matters. The real debate is those two factions together against those who understand that the entire American status quo needs to be flushed down the toilet.

The real political debate in America is between (A) those who understand that the U.S. empire is the single most destructive force on this planet and is corrupt from root to flower, and (B) those who subscribe to mainstream partisan narratives which by design support the U.S. empire.

If politics were real in America, this would be the debate everyone sees. Not between two murderous septuagenarians yelling over each other about who hates socialism more, but between the side which opposes the oligarchic empire and the side which promotes and protects it.

But politics isn’t real in America. It’s a show. A two-handed sock puppet show to distract the audience while pickpockets rob them blind.

If you want to see things clearly, ignore the fake drama of the sock puppet show altogether and focus on advancing the real debate: that the U.S.-centralized oligarchic empire is corrupt beyond redemption and should be completely dismantled.

12 comments for “ELECTION 2020: The United Politics of America”