Max Blumenthal discloses the membership of this secretive, right-wing Christian powerhouse, before which  Trump previewed his RNC acceptance address. 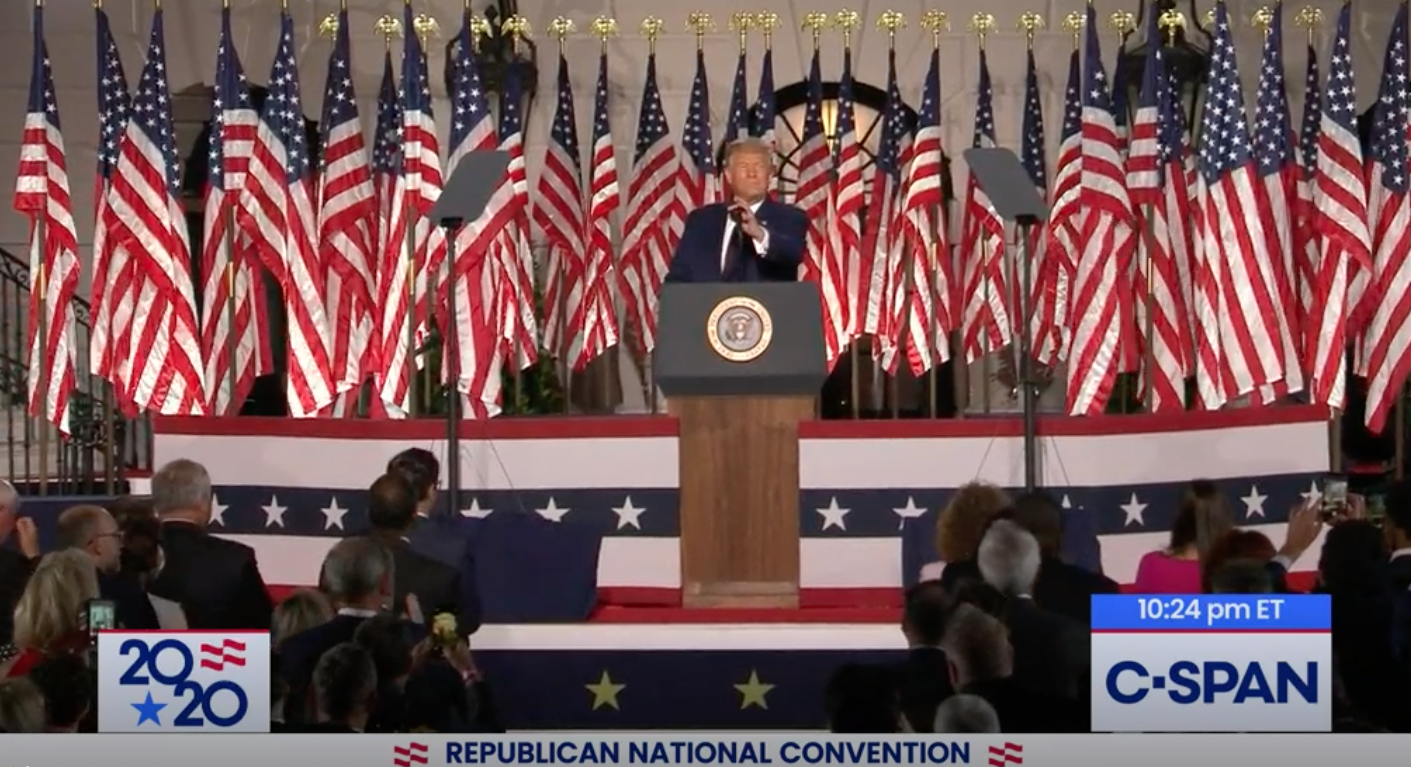 President Donald Trump’s appearance in Arlington, Virginia, on Aug. 21 before the Council for National Policy (CNP), a hyper-secretive Christian Right powerhouse that helps set the movement’s agenda, offered an hour-long preview of the stem-winding speech he would deliver several nights later on a balcony in front of the White House to the Republican National Convention.

Next, Trump inspired gales of applause by boasting, “I could run in Israel, and I think they set up probably a 98 percent approval rating in Israel… And you know who appreciates it the most are the evangelical Christians.”

The president earned more cheers when he previewed a line he deployed a few nights later at the RNC: “Nobody has done more for the black community or the Hispanic community than we have. Nobody. Nobody. I guess, maybe Lincoln. Questionable.”

Trump’s recent event with the CNP was his second appearance before the group. The first encounter came during an October 2015 CNP forum, as candidate Trump was surging ahead of his Republican primary rivals and emerging as the Christian Right’s foul-mouthed Chosen One.

Several CNP members went on to serve in Trump’s White House, including Kellyanne Conway and Steve Bannon. But this appearance was different.

This time, in contrast to other Republican presidential hopefuls who had addressed the CNP, the White House videotaped Trump’s speech and proudly disseminated it online. Conspicuously missing from the footage, however, were any clear images of the audibly enthused crowd.

That is because the CNP’s membership is a carefully guarded secret; its meetings are private – off limits to the public and the press – and even the location of the gatherings is carefully protected.

Literature distributed to members at the entrance of meetings instructed attendees not to disclose the names of fellow members and forbade them from distributing the membership list to outsiders in order “to maintain the quality of membership communications.”

The Grayzone obtained the Council for National Policy’s October 2018 membership list, which can be found here.  Pages 1-72 show the names and bios of members; 72-87 contain CNP literature, including official policies and guidelines, as well as details about future meetings. 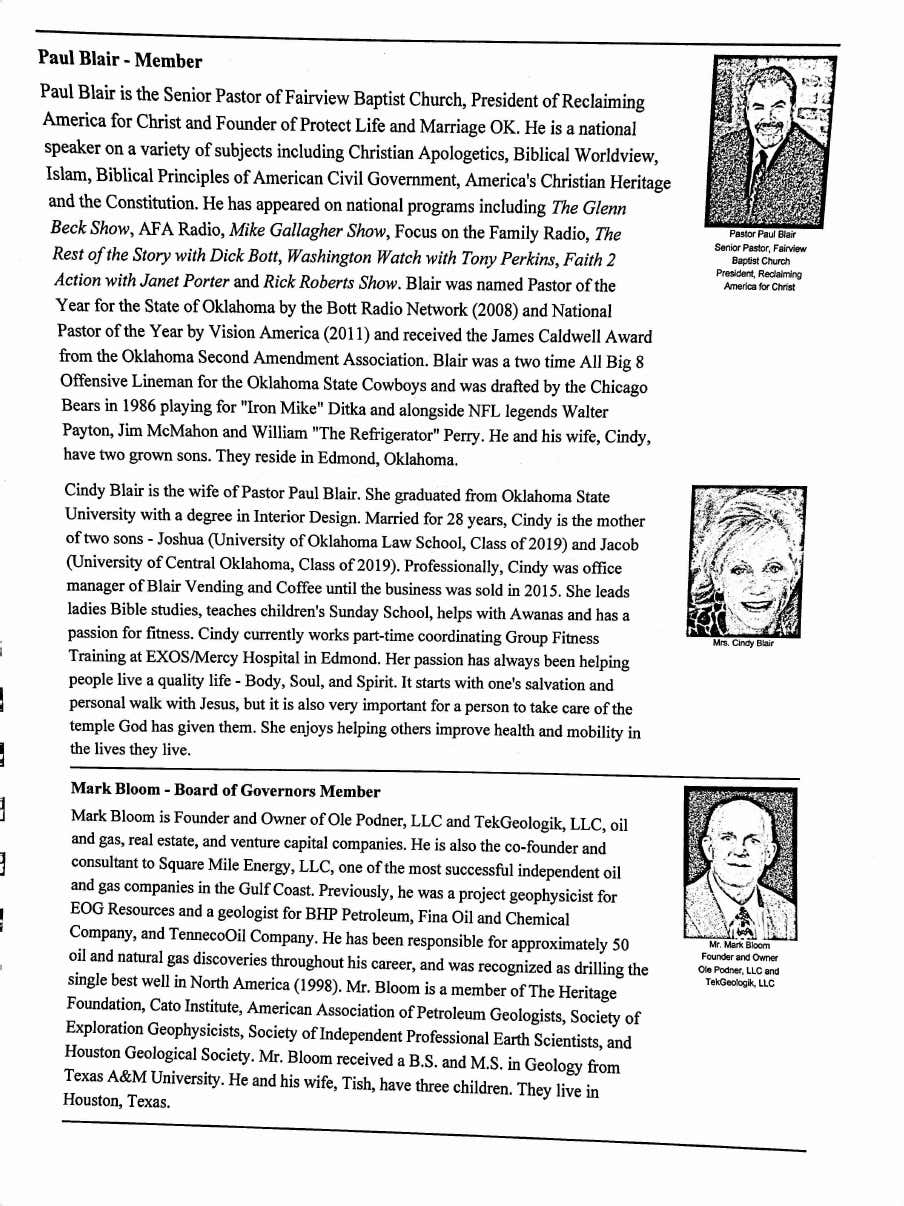 The release of the CNP’s membership list represents the first time in the Trump era that the Christian Right powerhouse has been exposed, and the most recent disclosure since a copy of its 2014 member roll was published.

The CNP’s personnel comprise a blend of conservative movement leaders, industry moneymen, foreign policy hardliners, and culture war activists enforcing right-wing unity at the base of a Republican Party that has cohered around the doctrine of ultra-nationalist Trumpism. 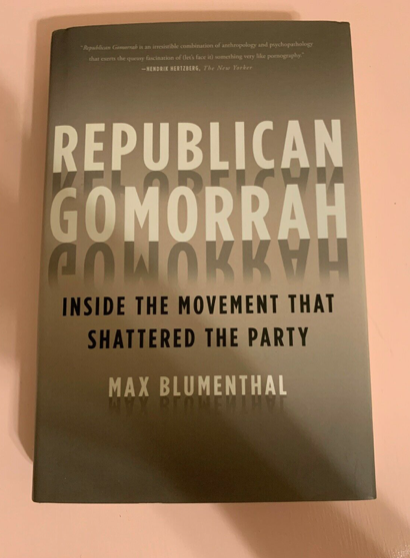 As I documented in my 2009 book, Republican Gomorrah, the Council for National Policy was founded in 1981 with seed money from T. Cullen Davis, a Texas oil billionaire who found his way to Jesus and the Christian Right after a high-priced lawyer secured his acquittal on charges that he hired a hit man to kill his ex-wife and her family, then attempted the job himself, murdering his step-daughter and his ex-wife’s boyfriend while paralyzing an innocent bystander and wounding his ex-wife in the process, according to prosecutors.

When the CNP was first established, one of its founding fathers, the Louisiana ultra-conservative politician Woody Jenkins, vowed to a Newsweek reporter, “One day before the end of this century, the Council will be so influential that no president, regardless of party or philosophy, will be able to ignore us or our concerns or shut us out of the highest levels of government.”

Under the watch of his protege, Tony Perkins, who also directs the Christian Right policy factory known as the Family Research Council, Jenkins’ pledge was fulfilled. The CNP secured promises from both former President George W. Bush and Trump to appoint exclusively anti-abortion judges to high courts, and recently helped Trump allies coordinate their response to the Covid-19 pandemic while astroturfing a series of anti-lockdown protests.

The secrecy maintained by the Council for National Policy throughout its decades-long history has been strictly enforced by Perkins, who demanded my ejection from an Oct. 4-6, 2018, conference after learning I was in attendance. I had secured an invitation to the gathering from an anti-war member who no longer belongs to the Council, enabling me to report on a speech that former U.S. Ambassador to the United Nations Nikki Haley gave to the group, in a feature for Harper’s Magazine.

Perkins recognized me because I had published an article in 2005 reporting his signing of a check for $82,500 to David Duke — the former Ku Klux Klan leader and failed Republican gubernatorial candidate — to purchase Duke’s mailing list on behalf of the Senate campaign of his mentor, Woody Jenkins. I had also noted Perkins’ 2001 speech before the Council of Conservative Citizens, a white nationalist and neo-Confederate organization that racist mass murderer Dylan Roof partially credited with his radicalization.

Infuriated by my presence in the inner sanctum of Christian Right networking, Perkins and his lieutenants ordered me to immediately exit the Charlotte, North Carolina, hotel where the conference took place.

On my way out, I passed by Herman Cain, the former Godfather Pizza CEO and Republican presidential candidate, holding court in the hotel lobby. Cain died this July 30 after contracting Covid-19 at a Trump rally in Tulsa, Oklahoma.

Within hours, I was on a flight out of Charlotte with a thick CNP members’ list and a pile of official Council literature in hand – materials that were forbidden for outsiders to view and off-limits to the public until now.

Here are a few notable Council for National Policy members.

Shawn Akers – Akers is the vice provost of Liberty University, which is currently reeling from the exposure of the bizarre sexual peccadilloes of its chancellor, Jerry Falwell Jr., and his wife, Becky. Akers’ colleague at the CNP, journalist Warren Cole Smith, recently hammered the board of Liberty University, where his daughter is enrolled, for its failure to hold Falwell accountable over the years. The “trustees failed the school’s students, faculty, administration, and parents,” Smith wrote. “They failed donors and alumni. They failed to hold the one member of the Liberty staff that reports to them to the Biblical standards of leadership, or even to the standards that every member of the Liberty community must live up to.”

Jerry Boykin – Boykin is best known as the U.S. Delta Force general who led the disastrous peacekeeping mission to Somalia depicted in the book and blockbuster film “Black Hawk Down.” During the U.S. invasion of Iraq in 2003, he declared that his god “was bigger” than that of the Muslim warlords he battled in Somalia, and that Muslims hated America because they worshiped Satan. Boykin current serves as executive vice president for Tony Perkins’ Family Research Council in Washington.

Stuart Epperson – The co-founder and president of the right-wing evangelical broadcaster Salem Media, which is tied with CBS News as the fifth-largest radio broadcaster in the U.S. Epperson’s stations play host to right-wing personalities like Michele Malkin, Sebastian Gorka, Hugh Hewitt and Dennis Prager.

Frank Gaffney – The Center for Security Policy founder is a foreign policy militarist who emerged from neoconservative circles to become a leading voice of anti-Muslim conspiracism while clamoring for U.S. military action against Iran and Syria. Gaffney has claimed that Hillary Clinton’s former aide Huma Abedin was a Muslim Brotherhood agent, warned that that American Muslims were engaged in a “stealth jihad” to place the country under the control of Sharia, and helped influence Trump’s so-called Muslim ban.

Donna Rice-Hughes – Famous for bringing down former Democratic Sen. Gary Hart’s presidential campaign after a possible set-up, when tabloids published photographs of her perched on the candidate’s lap while carousing on his yacht, Rice-Hughes (formerly known only by her birth name, Rice) came to Jesus and founded the anti-pornography group, Enough is Enough! Today, she markets herself as a “progressive leader” and expert on “preventing the exploitation of children online.”

Jon Lenczowski – Founder of the Institute for World Politics, a Washington-based training institute for hardline interventionists, Lenczowski takes a leading role in setting the CNP’s foreign policy agenda. In recent months, he has been particularly focused on reinforcing the Trump administration’s new Cold War narrative against China.

Virginia “Ginni” Thomas – The wife of Supreme Court Justice Clarence Thomas, Ginni Thomas was part of the Groundswell network that compiled lists of “disloyal” Trump administration officials to be fired. Her involvement with the CNP is an extension of a long history of ethical entanglements that prompted 74 House Democrats to issue a letter demanding Clarence Thomas recuse himself from ruling on the national healthcare overhaul, which she lobbied against.

Max Blumenthal is an award-winning journalist and the author of books including best-selling Republican Gomorrah, Goliath, The Fifty One Day War and The Management of Savagery. He has also produced numerous print articles for an array of publications, many video reports and several documentaries including Killing Gaza and Je Ne Suis Pas Charlie. Blumenthal founded the Grayzone Project in 2015 to shine a journalistic light on America’s state of perpetual war and its dangerous domestic repercussions.

7 comments for “ELECTION 2020: The Rise of the Council for National Policy and Who is Behind It”