Unable to make Mexico pay for his $18 billion pet project, Trump has turned to other sources of financing, Ben Norton reports. 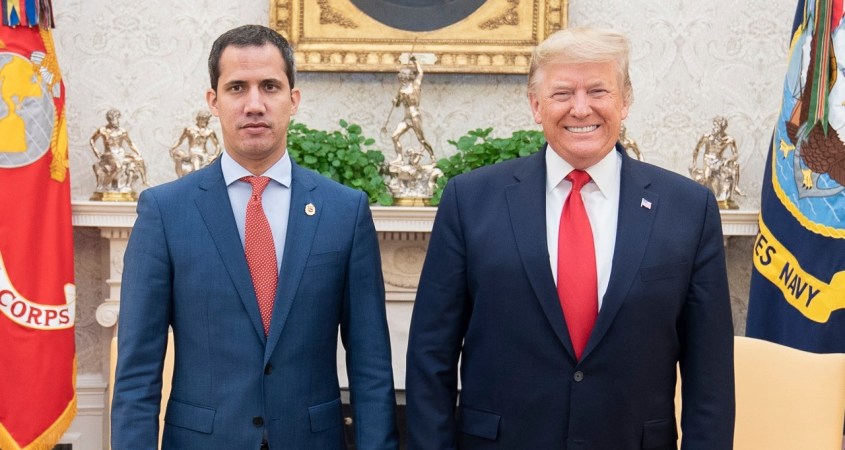 Since the United States initiated a coup attempt against Venezuela’s elected leftist government in January 2019, up to $24 billion worth of Venezuelan public assets have been seized by foreign countries, primarily by Washington and member states of the European Union.

President Donald Trump’s administration has used at least $601 million of that looted Venezuelan money to fund construction of its border wall with Mexico, according to government documents first reviewed by Univision.

During his 2016 presidential campaign, Trump insisted countless times that he would “make Mexico pay” to build a gargantuan wall covering all of the roughly 2,000 miles (3,145 kilometers) of its northern border.

Unable to force the country to fund his $18 billion pet project, which has already cost an estimated $30 million per mile in southern Texas, Trump has turned to other questionable sources of financing.

Univision reviewed U.S. congressional records and court documents and found that the Trump administration tapped into $601 million of the Treasury Department’s “forfeiture fund” to supplement the wall construction. 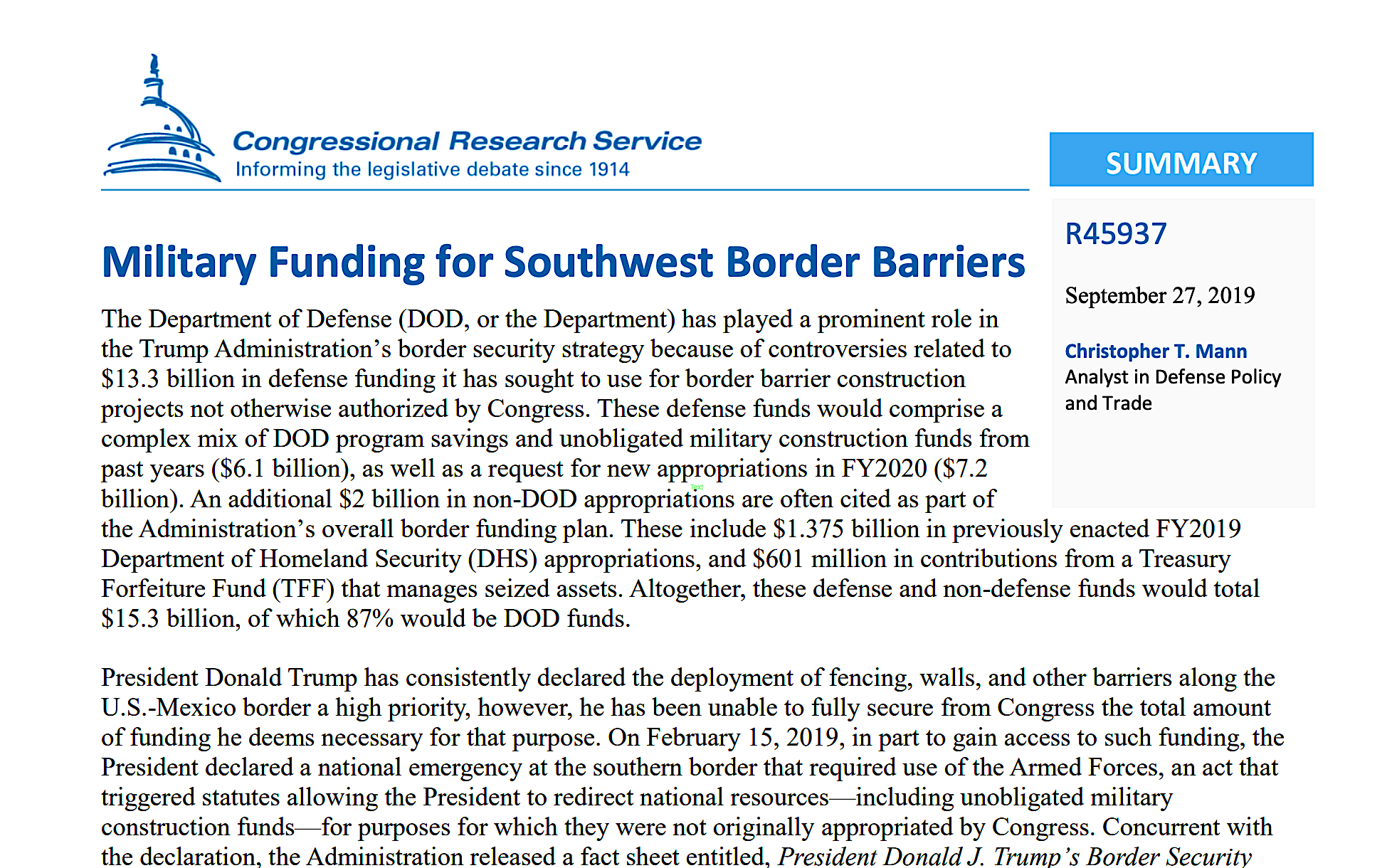 The United States has seized at least $1 billion of Venezuelan public funds that Washington in turn claimed were supposedly being stolen by government officials, according to Univision. This is in addition to the billions more worth of Venezuelan state assets that have been illegally taken over by the Trump administration, the most important of which is Caracas’ crown jewel, the oil refinery Citgo.

“None of that money… has been returned to the Venezuelan people,” Univision reported. “Instead, most of the money is being collected by the U.S. Justice and Treasury Departments and held in special forfeiture funds used mostly to fund law enforcement investigations.”

The Trump corruption scandal has been almost entirely ignored by mainstream corporate media outlets. Univision buried its own scoop deep in a report that advanced the talking points of Venezuela’s U.S.-backed right-wing opposition and referred to the elected government of President Nicolás Maduro as a “widely repudiated regime.”

Univision, the largest corporate media network in the United States that focuses on Latino issues, is owned by billionaire-controlled private equity firms, one of the most prominent of whom is the Israeli-American oligarch Haim Saban.

Based in Miami, the de facto capital of the Latin American right, this massive media conglomerate acts as a mouthpiece for conservative forces and corporate interests across Central and South America.

Univision also absolved the U.S. and European countries of stealing billions of dollars of Venezuelan public money, justifying the theft with allegations of Venezuelan government corruption.

However, the fact that the report saw the light of day reflects a growing schism between supporters of the Venezuelan opposition and their imperial patrons in Washington. Univision was clearly upset that the Trump administration had not given the self-declared “Guaidó government” the money that it stole from Caracas.

“When it comes to who gets to keep the money from those looted assets, the U.S. appears unwilling to relinquish the cash,” Univision wrote in frustration.

What Univision did not mention in the report was that the Juan Guaidó coup administration had already been exposed for numerous acts of corruption.

Top Guaidó operatives spent hundreds of thousands of dollars of supposed “humanitarian aid” money on fancy hotels, nightclubs, dinners, and clothes during a U.S.-led coup attempt on the Colombia-Venezuela border in February 2019.

As for the billions of dollars of Venezuelan public assets stolen by Western governments, there is no sign of that money ever being returned to the Venezuelan people.

In his new book “The Room Where It Happened,” the Trump administration’s former National Security Advisor John Bolton boasted that the British government “was delighted to cooperate on steps they could take” to assist in Washington’s coup efforts, “for example freezing Venezuelan gold deposits in the Bank of England, so the regime could not sell the gold to keep itself going.”

The Bank of England still holds approximately $1 billion of gold that it stole from the Venezuelan government, and has refused to give it back.

According to Trump's former National Security Advisor, UK's Foreign Minister was happy to cooperate with the US in applying pressure to Venezuela by freezing our gold deposits in the Bank of England. Evidence showing Venezuela is being illegally robbed keeps surfacing. pic.twitter.com/QoX7rfHFB8