Lawmakers and activists say access to military hardware has made police behavior toward protesters even more brutal and violent, Jake Johnson reports. 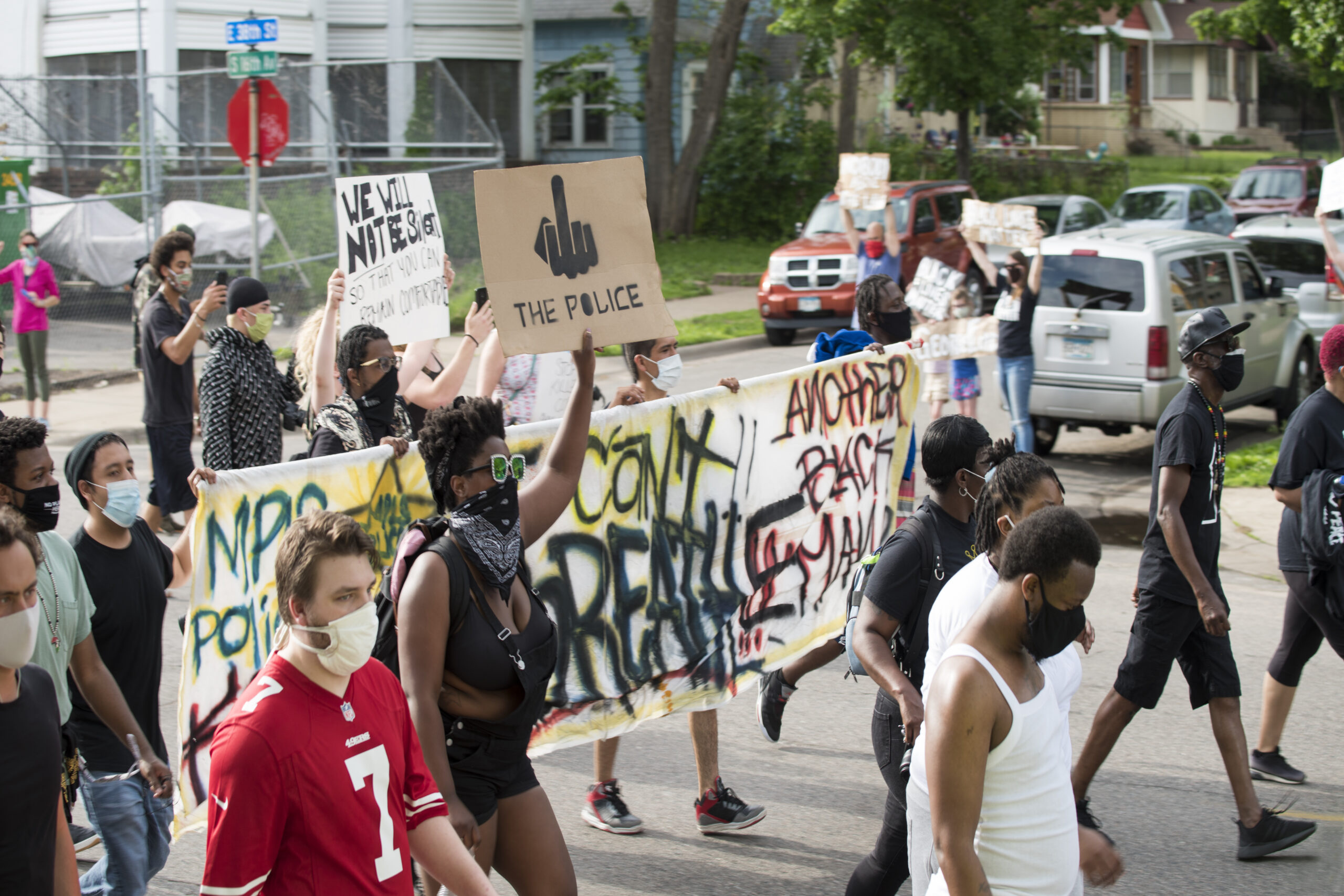 Protest against police violence in Minneapolis, May 26, 2020, a day after city police officers arrested and then killed George Floyd. (Fibonacci Blue, CC BY 2.0, Wikimedia Commons)

With the militarization of local police forces on full display as heavily armed cops and armored vehicles patrol the streets and crack down on protests over the killing of George Floyd, Senator Brian Schatz on Sunday said he plans to introduce an amendment to end the federal program that permits the transfer of excess military equipment to police departments across the nation.

I will be introducing an amendment to the National Defense Authorization Act to discontinue the program that transfers military weaponry to local police departments,” the Hawaii Democrat tweeted late Sunday.

Julián Castro, the former Housing Secretary, applauded Schatz’s proposal, warning that “as long as our police arm up like a combat force, they’ll act like it.”

President Donald Trump in 2017 rolled back Obama-era limits on the 1033 Program, which authorizes the Defense Department to send military equipment and weapons to local police departments. As NBC reported at the time, “Congress created the program in 1990 during the height of the war on drugs for federal and state law enforcement agencies, and it was expanded seven years later to include all law enforcement departments.”

“Since the program’s inception,” NBC noted, “more than $5.4 billion in equipment has flowed to police.”

Basically, having access to military equipment can change the organization, operations and culture of department too.https://t.co/DWv2sIPicZ pic.twitter.com/FFZ0YREfD3

The response by local law enforcement to the nationwide uprising that followed Floyd’s killing has heightened scrutiny of the 1033 Program, with lawmakers and activists warning that access to military hardware has made police behavior toward protesters even more brutal and violent.

Philip McHarris, a PhD candidate in sociology and African American studies at Yale University, wrote in an op-ed for The Washington Post last week that “police departments have come to resemble military units, contributing to deadly violence disproportionately against black Americans.”

“The cycle of police brutality sparking unrest, and that unrest being met by the militarized police is increasingly familiar in modern American society,” wrote McHarris. “Tough-on-crime policies and militarized police departments have paved the way for increased police contact and tragic violence. Reducing the capacity for police to engage in routine and militaristic violence is the only way to break recurring cycles of police killings and the militarized response that protests of them are often met with.”

← Conflicting Narratives & the Distortion of Donald Trump
LEE CAMP: Nineteen Facts About American Policing That Will Blow Your Mind →

19 comments for “UPRISING: With Militarization of Cops on Full Display, Senator Plans Amendment to End Transfer of Military Equipment to Local Police”