People from around the world — journalists, doctors, activists and human rights defenders — are coming together to intervene in this highly politicized case, writes Nozomi Hayase.

WikiLeaks founder Julian Assange’s U.S. extradition hearing opens Monday. Finally, his legal team can argue in a court over the offenses listed in the indictment against the journalist who published government documents exposing U.S. war crimes in Iraq and Afghanistan.
The prosecution of Assange threatens press freedom. This is the first time that the U.S. Espionage Act has been used against a publisher. Ahead of the proceedings in a U.K. court, professionals, activists and human rights defenders around the world are coming together to intervene in this highly politicized case.
On Tuesday, a group of doctors representing 117 physicians and psychologists from 18 nations penned an open letter in The Lancet medical journal, appealing to governments to end the torture of  Assange, and provide the best available healthcare before it is too late.
The Doctors for Assange group asserted: 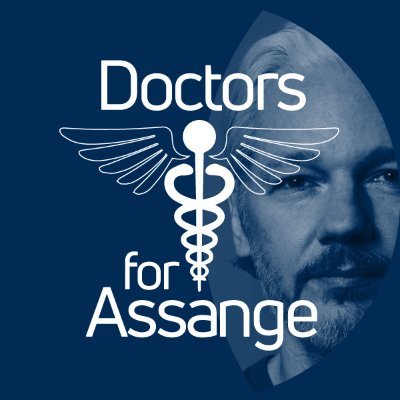 “Should Assange die in a UK prison, as the UN Special Rapporteur on Torture has warned, he will effectively have been tortured to death. Much of that torture will have taken place in a prison medical ward, on doctors’ watch. The medical profession cannot afford to stand silently by, on the wrong side of torture and the wrong side of history, while such a travesty unfolds.”

International human rights and free speech organizations like Amnesty International and Reporters without Borders (RSF) came out as strongly opposing Assange’s extradition to the United States, where he would face 175 years in prison. Both have now launched petitions against the extradition.

The Council of Europe Commissioner for Human Rights, Dunja Mijatovic also issued a warning, demanding that “Julian Assange should not be extradited due to potential impact on press freedom and concerns about ill-treatment.”

On Thursday, journalists worldwide came together in support of Assange’s freedom. A joint statement released by 1,200 colleagues from nine countries called for the immediate release of Assange and criticized the U.S. government’s move toward criminalization of journalism:

“All journalists use information from confidential sources so the legal actions are an extremely dangerous precedent that threatens the world’s journalists and news media. The signatories believe Assange’s imprisonment and the court proceedings are a gross miscarriage of Justice.”

“We urge our fellow journalists to inform the public accurately about this abuse of fundamental rights. We urge all journalists to speak up in defense of Julian Assange at this critical time. Dangerous times call for fearless journalism.”

The signatories included staff from most of the world’s major media organizations, including many award-winning and prominent journalists. One of the signatories, John Pilger, a renowned journalist and long-time supporter and friend of Assange, emphasized once again that Assange should “be freed, not betrayed.” He made it clear that “when Julian Assange steps into Woolwich Crown Court on Feb. 24, true journalism will be the only crime on trial.”

The Global Protest next Monday is now taking place across 26 different cities around the world!
See below for where! #AssangeCase https://t.co/Lmx0nyXtDL

As the countdown to a trial on journalism begins, the fight for free press is now on. In anticipation of Monday’s hearing, a powerful light was shone by protesters projecting footage of the U.S. military airstrike on Iraq civilians onto the British Parliament building. It reminded all, of the reason why Assange sits in a maximum high security prison.

[On the weekend before the hearing, protests against extradition took place across the world led by a march from Australia House to Parliament Square in London, where musician Roger Waters, Assange’s father John Shipton, writer Tariq Ali, Greek activist Yanis Varoufakis and WikiLeaks‘ Editor-in-chief Kristinn Hrafnsson spoke to a crowd of nearly a thousand supporters. Consortium News is in London will report on the rally.]