Trump’s “peace plan” would confront Amman with an influx of Palestinian refugees, who would follow refugee influxes from post-2003 Iraq and post-2011 Syria, writes Giorgio Cafiero.

The Trump administration’s agenda vis-à-vis Israel/Palestine has left Jordan in a difficult position. With less room to maneuver as the White House pushes for a “solution” to this conflict that meets the maximalist demands of Israel’s government without securing any rights of Palestinians, officials in Amman see U.S. and Israeli policies as long-term drivers of instability in the Hashemite Kingdom.

Many Arab states have become less insistent that normalization of relations with Israel can only take place if/when a sovereign Palestinian state is established based on the 1967 borders with East Jerusalem as its capital. But Jordan — despite being at peace with Israel — remains firmly committed to this stance.

On Jan. 28, The Jordan Times published a statement from Jordan’s chief diplomat, stressing that “the national interests of Jordan and its established and unwavering positions and principles toward the Palestinian issue governs the way the government deals with all proposals and initiatives aimed at resolving the conflict.”

Amman’s foreign minister cautioned against “the dangerous consequences of unilateral Israeli measures, such as the annexation of Palestinian lands, the building and expansion of illegal Israeli settlements on occupied Palestinian lands, and encroachments on the Holy Sites in Jerusalem, that aim at imposing new realities on the ground.” 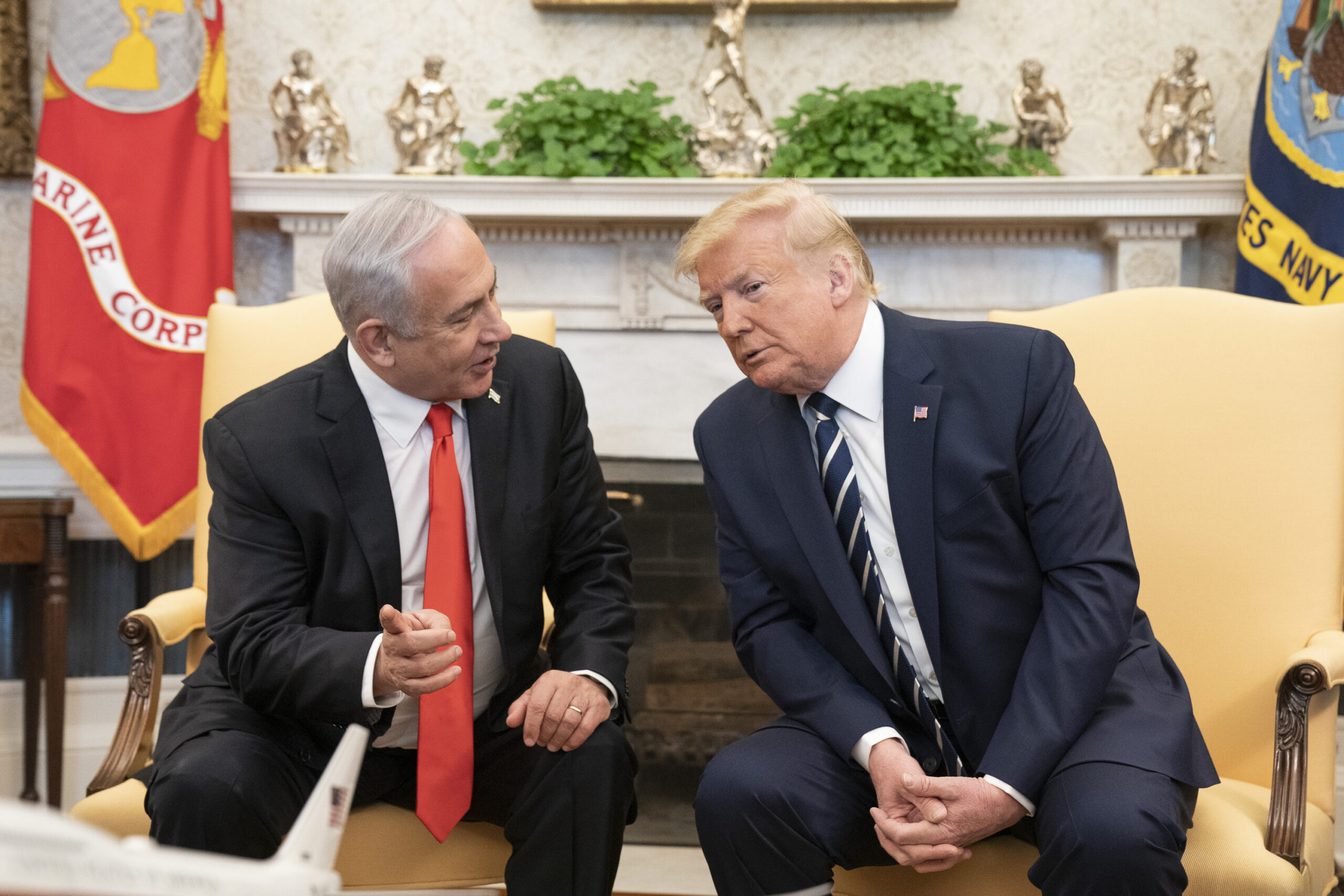 Put simply, an Israeli military annexation of the Jordan Valley and other large parts of the West Bank would cross the Jordanian government’s red lines. Any plan that departs from the long-standing two-state solution could not be accepted by the leadership in Amman.

If Trump and his son-in-law’s “peace plan” is to be pursued, Jordan will find its own stability severely jeopardized because such Israeli actions would almost inevitably lead to an influx of Palestinian refugees into Jordan. This would raise questions about the viability of the Jordanian-Israeli Wadi Araba peace treaty signed in 1994.

With approximately 70 percent of those in Jordan being Palestinian (at least according to the 2015 census), it is tough to imagine Israeli annexation of the West Bank not triggering widespread unrest in Jordan.

Another important factor pertains to King Abdullah II’s religious custodianship of Muslim/Christian sites in Jerusalem. As a result of the Trump administration recognizing Jerusalem as the Israeli capital, the Holy City’s status has been an increasingly sensitive issue from a Jordanian perspective. Additionally, Amman has seen the White House’s efforts to dismantle the United Nations Relief and Works Agency (UNRWA), which provides services to many Palestinian refugees in Jordan and elsewhere, as another threat to Jordanian interests.

A right-wing narrative in Israel is that “Jordan is Palestine.” This is not new. But what is relatively new is the consecutive Likudist governments in Israel and the Trump presidency, which supports Israel in its rejection of the idea of any sovereign Palestinian state ever existing in the West Bank.

Thus, Jordan fears that the Israelis, with the White House’s blessing, will annex the West Bank and force Jordan to suffer the consequences of a growing number of Palestinians coming into the Hashemite Kingdom, placing a further strain on public resources. Following the refugee influx from post-2003 Iraq and post-2011 Syria, another refugee crisis is not what anyone in the Hashemite Kingdom desires. 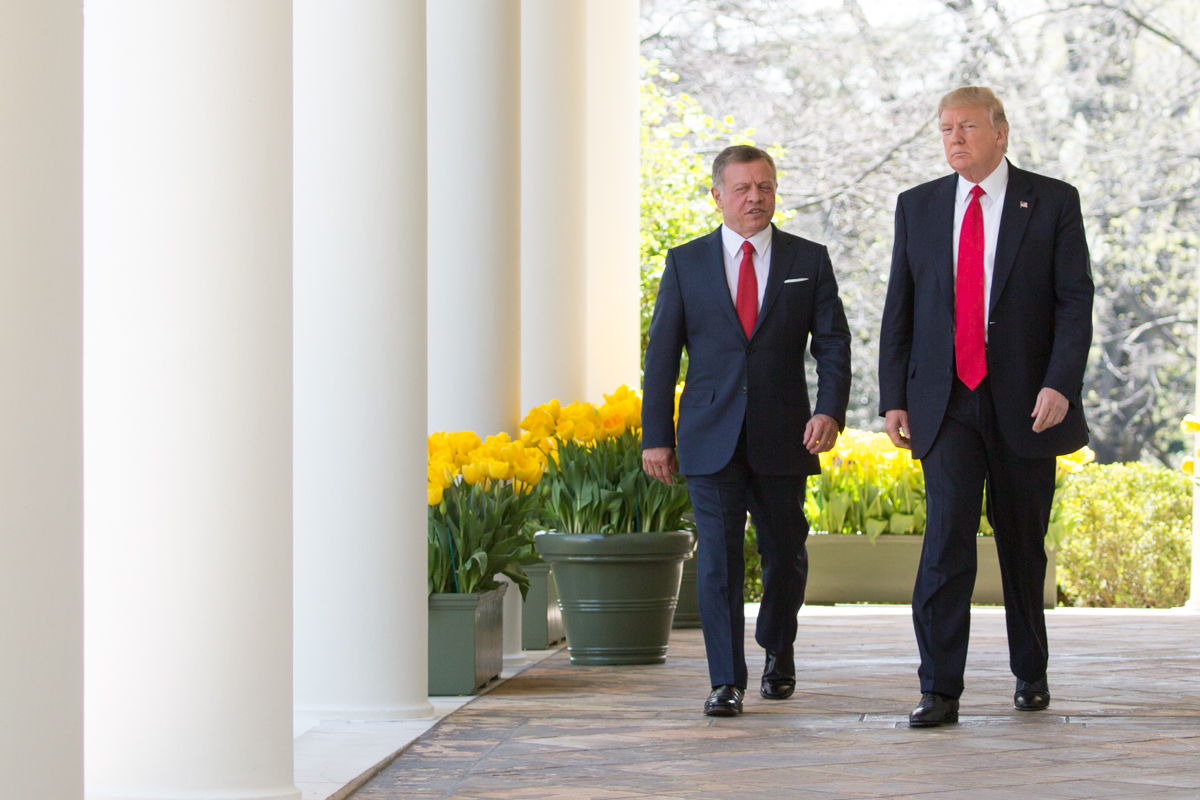 At this juncture, the Jordanian government must make difficult decisions in preparation for an Israeli annexation of the West Bank. This raises questions about the viability of the 1994 peace treaty. On one hand, rage is growing across Jordan and many of the Hashemite Kingdom’s citizens are livid at the U.S., along with Arab Gulf states, for their reactions and positions in relation to Israel’s expansionism into Palestinian land.

Pulling out of the Wadi Araba treaty would be a popular move domestically. On the other hand, tearing the peace treaty to shreds would have extremely serious implications for the future of Jordan’s relationship with Washington.

There is no denying that at no point since 1994 has the Jordanian-Israeli relationship come under greater stress than it has during the current period. This is in no small part due to the Trump administration’s sidelining of Amman and interest in bringing Arab Gulf states and Tel Aviv closer together while disregarding Jordan’s legitimate concerns and national interests against the backdrop of Netanyahu’s government pursuing its continued colonization of Palestinian land.

For the Jordanian king, there are no easy options. Unquestionably, Trump and Netanyahu have given him less room to maneuver as international, regional, and domestic pressures intensify on the Hashemite Kingdom. It is by no means a stretch to suggest that Jordan’s illusive stability will likely be one of the victims of what is truly the steal (not deal) of the century.