The population who suffered under the occupation feel they were doubly punished by the devastating conflict waged to end it, writes Mark Lattimer.

As Iraq this month faces the threat of new conflicts — including a proxy war between the U.S. and Iran — the shadow of the last conflict runs long.

Two years ago, the Iraqi prime minister declared victory over ISIS, but parts of Ninewa and Anbar are still in ruins, some 1.5 million people remain displaced and families have only begun to grieve for the tens of thousands killed.

Nowhere is this devastation more apparent than in Mosul, Iraq’s second city and the epicenter of the ISIS conflict. The World Bank has estimated that losses to the Mosul housing sector alone are estimated at $6 billion.

And as revealed in a new report from the Ceasefire Centre for Civilian Rights and Minority Rights Group International, 35,000 claims for reparation for deaths, injury or destruction of property have now been lodged by victims of the ISIS occupation and the “liberation” battle. 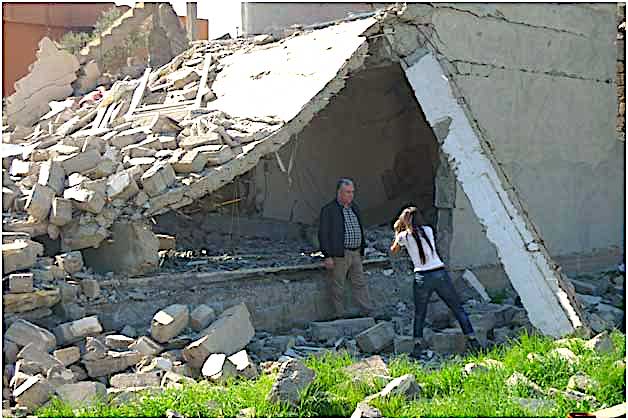 Resident of Hamdaniya district stands before a house destroyed in a Coalition airstrike, February 2017. (Mark Lattimer/Ceasefire)

Interviews with civilians on the ground uncover a complex picture of loss and abandonment. The population who suffered under the occupation feel they were doubly punished by the devastating conflict waged to end it. Yazidis, Christians and other minorities who were forced to flee still remain largely displaced, despairing at the fact that no-one has been brought to justice for the crimes committed against them.

In such circumstances, individual reparations are essential, not least for reconciliation, a concept much-invoked by international missions in Iraq but rarely specified. Without formal recognition for the loss they have suffered and practical help to rebuild, civilians cannot move on.

As one interviewee explained: “The compensation payments will never bring me back the loved ones I lost, nor will they allow me to rebuild my house as if nothing happened. But they will help us all to rebuild the city and bring back life into it.”

But among those claiming reparations, long-standing frustration is turning into growing resentment. The claims have been made under Iraq’s Law 20 which established a system for awarding compensation to ‘the victims of military operations, military mistakes and terrorist actions.

Over 420 billion Iraqi dinars ($355 million) has been awarded under the scheme since it was first established 10 years ago, but it has been overwhelmed by the scale of claims from the ISIS conflict. Claimants in Mosul complain of cumbersome bureaucratic procedures and pay-outs are agonizingly slow.

Meanwhile, the U.S.-led Coalition against ISIS appears to have washed its hands of responsibility. During the nine-month battle the Coalition supported Iraqi forces mainly from the air, and it was Coalition bombardment which, along with ISIS vehicle-borne IEDs, was responsible for most of the material destruction of the city.

The monitoring group Airwars has conservatively estimated that between 1,066 and 1,579 civilians were killed by Coalition air and artillery strikes during the battle for Mosul. Local estimates are much higher. The Coalition describes all civilian deaths caused by its action as ‘unintentional’ and refuses to accept any liability for violations for which reparations should be paid. 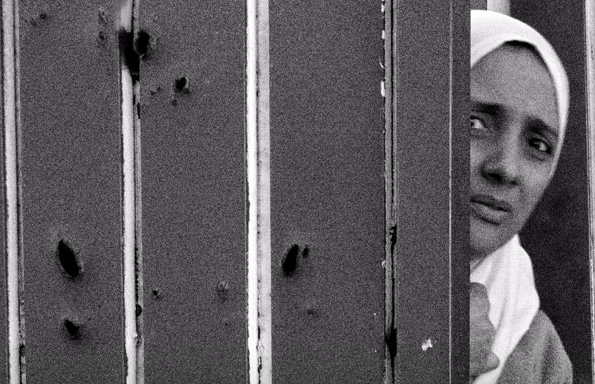 Cover of Ceasefire report, “Mosul after the Battle: Reparations for civilian harm and the future of Ninewa.” (Screenshot)

Even the system of making discretionary “condolence” payments in such cases, which the U.S. employed previously in Afghanistan as well as Iraq, appears not to be applicable. In its annual report on civilian casualties, the Department of Defense states: “…in cases where a host nation or government requests U.S. military support for local military forces, it may be more appropriate for the host nation or its military to respond to the needs and requests of the local civilian population by offering condolences themselves.”

But questions about the tactics used by the Coalition in Mosul, and in other recent sieges, are becoming hard to ignore. The civilian death toll acknowledged by the Coalition is slowly climbing, as it is pressured to reassess credible local reports, and currently stands at 1,347 deaths caused by Coalition actions in the anti-ISIS conflict across Iraq and Syria.

A claim last year by the U.K. Ministry of Defense that no civilians had been injured in over 1,300 Royal Air Force strikes in Iraq was met with open disbelief. In November the Dutch Defense Ministry finally admitted that Dutch forces had been involved in two airstrikes in Iraq in which at least 74 people, including civilians, were killed, but it still denied any liability for reparations.

The people of Mosul have nonetheless started to rebuild their homes and their city, albeit with inadequate support. Sponsorship by foreign governments of prestige projects, including the reconstruction of the great mosque of al-Nuri, is important for restoring Moslawis’ pride in their city and their cultural heritage.

Less high profile, but arguably more significant, is the ongoing work of UN and other humanitarian agencies to support basic services, including for IDPs. But, as so often in Iraq, the UN is caught in a bind. UN OCHA warned earlier this week that operations to deliver medicine, food and other assistance to 2.4 million in need were now compromised by the delay in the Iraqi government renewing letters of authorization.

Nor is the ISIS conflict over. In the west of Iraq military operations against ISIS continue, including with the support of the Coalition.

ISIS’ supporters are now gone from Mosul, a city which more than any other in Iraq knows the reality of ISIS rule. But with little official acknowledgement of the suffering of the population, practical help slow in coming for civilians to rebuild their lives, and tens of thousands of young men growing up in displacement, the situation is not sustainable.

As one interviewee for the report said: “I haven’t seen such anger in Mosul since 2003. It is a very dangerous situation.”

Iraq has tragically demonstrated in recent decades that the failure to deal with the legacy of past conflicts affects both the speed and the severity of their return. For the cause of both justice and peace, the question of reparations for civilian harm is now urgent.

Mark Lattimer is executive director of CEASEFIRE Centre for Civilian Rights. A new report by his organization, “Mosul after the Battle: Reparations for civilian harm and the future of Ninewa,” was published on Jan. 22.

6 comments for “Mosul, Epicenter of ISIS Conflict, is a Devastated Iraqi City”