A Democrat in the White House could easily engage the U.S. in more regional conflicts and wars, writes As`ad AbuKhalil. 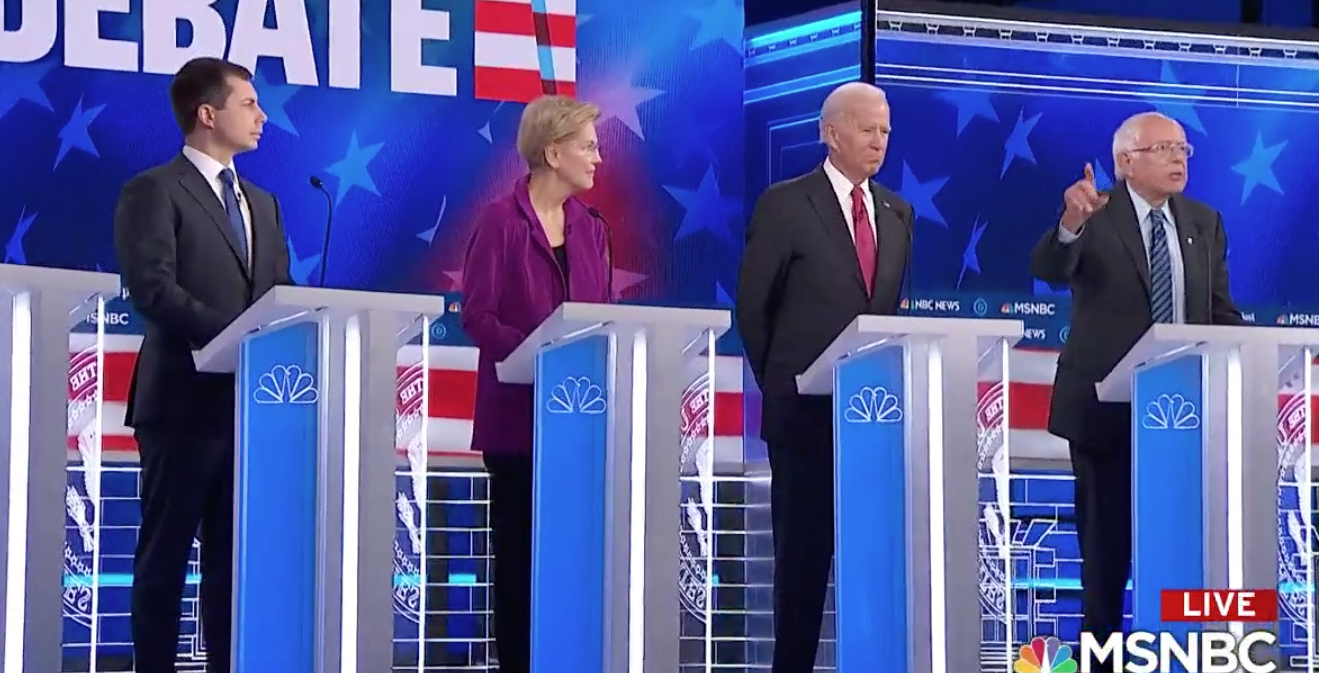 Some of the Democratic contenders in the November debate. (Screenshot)

It is too early to speculate on the prospects of a Democratic administration for next year’s election. If a switch in the party occupying the White House occurs, it would be significant for the direction of domestic policy. But less change should be expected in foreign affairs. In fact, a Democratic president could easily produce more wars and military intervention than Donald Trump.  Democratic voters should expect that as they shop among the candidates.

Trump wanted to withdraw troops from Afghanistan, Iraq and Syria and those positions have been rejected not only by the military establishment but also by the overwhelming majority of Democrats and Republicans in Congress.  Mainstream media have become a central element in the war lobby:  They only cheered Trump when he bombed Syria, and called for more bombing.

With both parties now serving as the lobby for unending wars in the Middle East, a Democratic president is likely to expand U.S. military involvement and intervention. In Syria, it will be in the name of helping the Kurds or fighting terrorism or whatever else excuse they will produce.

None of this is to say that Trump has presided over an era of peace in the Middle East region; far from it. Trump inherited a full legacy of war and conflict from his predecessors and while he tried to disengage from some of those conflicts he was unable to do so due to heavy pressure from the military establishment (which seems to have unofficial control over editorial pages of mainstream newspapers); the foreign policy elite in Congress, and from think tank world in Washington, D.C.  Trump also continued the long-standing U.S. policy of subsidizing Israeli aggression and occupation.

Trump’s policies toward the Middle East are most likely to have greatest impact on occupied Palestine, but such is the record of every U.S. president: every president wants to prove he is more pro-Israel than his predecessor. 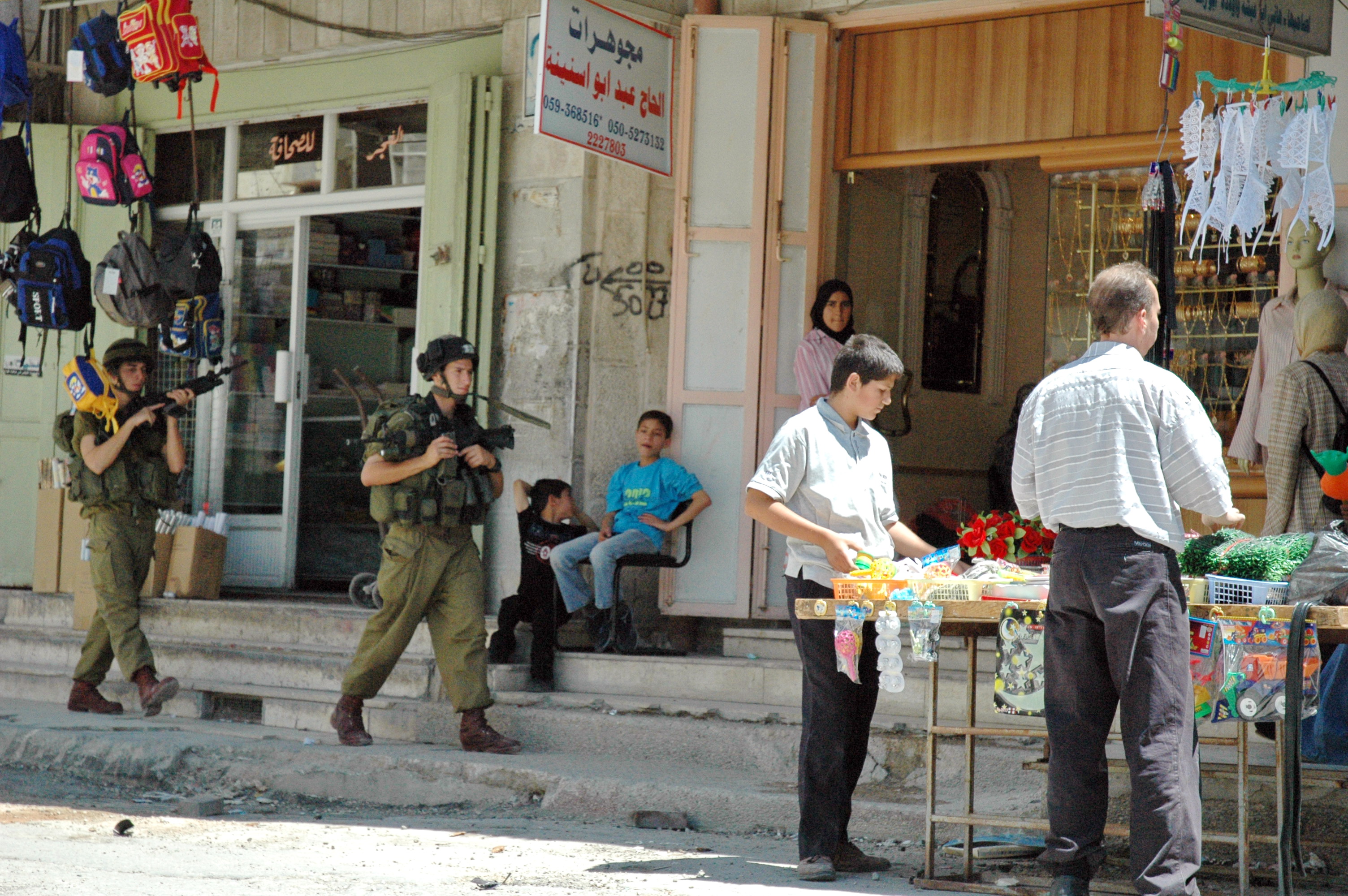 Not Always Eye to Eye

The Democratic candidates do not necessarily see eye-to-eye on U.S. foreign policy priorities. Pete Buttigieg, for example, represents the traditional “muscular” (how is that for patriarchal terminology in U.S. foreign policy?) viewpoint of American foreign-policy — and domestic policy as well. Buttigieg is the Democrat that Wall Street and the military industrial complex appear most to support. He’s also become mainstream media’s favorite Democrat because he embraces U.S. foreign policy dogma and veers away from a progressive domestic agenda.

For many decades Israel has had a wish list of what it wants the U.S. to accomplish on its behalf, not only for the Arab-Israeli conflict, but for the region as a whole. In all those years, Israeli wishes have been largely fulfilled, under Democratic and Republican administrations alike.

Israel no longer has to spy on the U.S. military. Instead it has succeeded in getting the U.S. to share raw satellite intelligence data. Over the years, Israel has obtained the loan guarantees it sought to build settlements and spend more on its military aggression.

Israel has persuaded the U.S. to share more of its military technology and intelligence on Arab countries (including key U.S. allies.) Under former President Barack Obama, the steady supply of U.S. funding of the Israeli military war machine hit an unprecedented level. Obama committed the U.S. to basically subsidizing Israel occupation and aggression for the next 10 years. Israel today remains the only country with the per capita income of a developed country that continues to rely on U.S. foreign aid.

Foreign policy does not figure prominently in the Democratic debates or in candidates’ stump speeches. But there has been a significant shift this year compared to previous years, especially since 1983, when I first arrived in the United States.

It was customary then for Democratic presidential candidates to outdo each other in shows of fanatical loyalty to Israeli interests. I remember how every presidential candidate — during the 1980s and 90s and even after — was eager to prove his intent on relocating the U.S. Embassy from Tel Aviv (occupied Jaffa) to occupied Jerusalem. The competition was over who would be the fastest.

So, when Democratic pundits today express outrage over Trump’s relocation of the embassy they should remember that the seeds of this step began with Democrats such as President Bill Clinton and a party then of strident Zionism.

Not that the Republican Party was less loyal to Israel. But it had at least some leaders who were were willing to criticize Israel. By contrast, the Democrats had no equivalent to Charles Percy or Charles Mathias — two highly influential Republican senators who were willing to violate the conventional wisdom on Israel. [The Jewish vote was overwhelmingly Democrat in those days.]

Shift in Democratic Base

In recent years, however, the base of the Democratic Party has caused that to change. Hillary Clinton’s endorsement of the Iraq war; the Democrats’ enabling of the George W. Bush administration’s war on Iraq and the debacles brought by the war on terrorism all spread disillusionment with the party’s foreign policy dogma. While the Democratic Party’s foreign policy may not have shifted much in Congress, the changing tide was evident in the party’s liberal base in 2016, when Senator Bernie Sanders’ less blindly pro-Israel position (only measured by the criterion of conventional Democratic Zionism) opened a gap with his establishment rival, former Secretary of State Hillary Clinton.

It would be a stretch to say Trump radically altered the contours of U.S. foreign-policy towards the Middle East, specifically towards Israel.  His policies are merely the culmination of a decades’ old, whole-hearted U.S. endorsement of Israeli aggression and occupation.

A Democratic administration is unlikely to even alter Trump’s course on Israeli settlements or the location of the U.S. embassy. 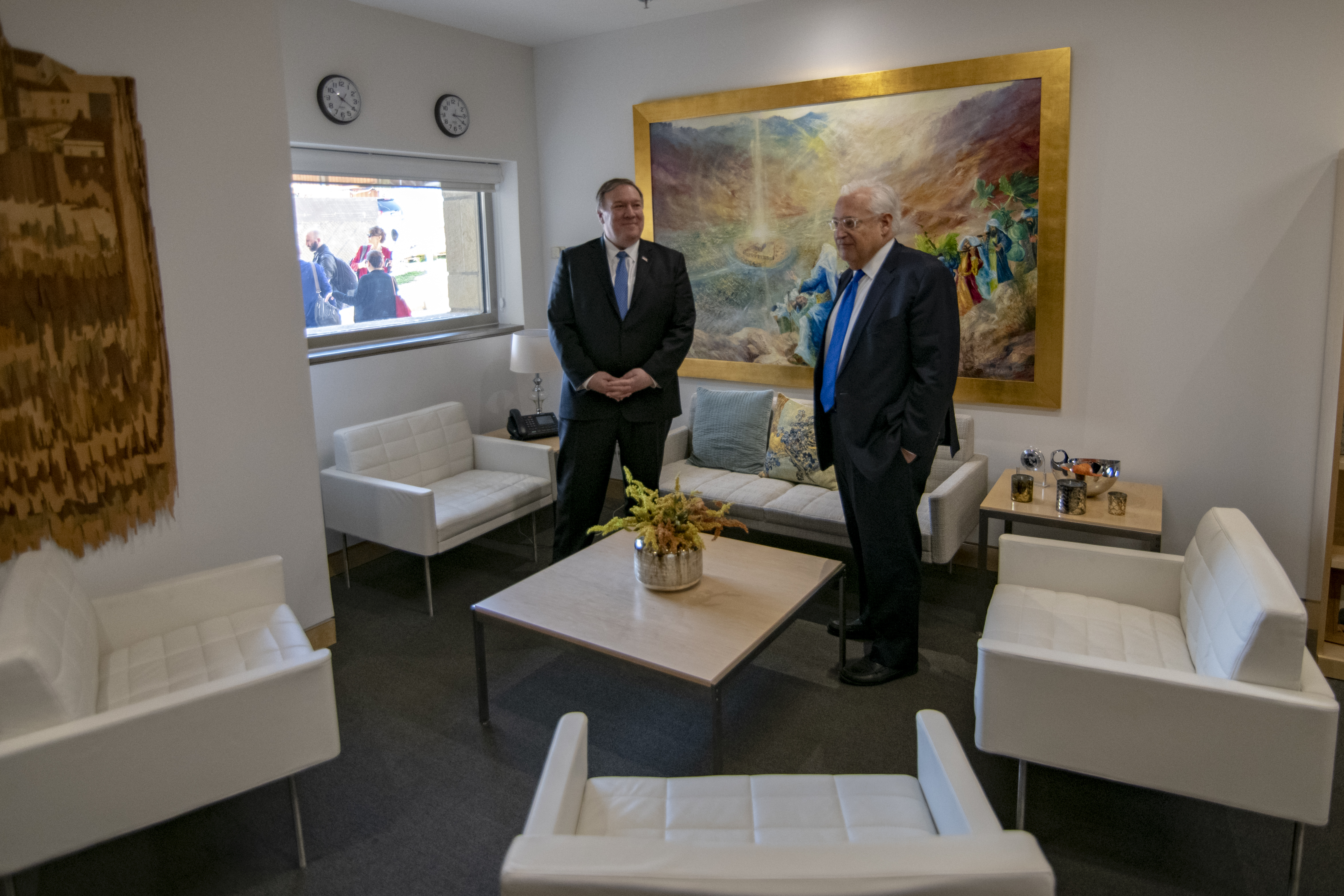 U.S. opposition to Israeli settlements has been softening for many years. With the exception of George Herbert Walker Bush, successive presidents since Ronald Reagan have largely allowed Israel to continue to expand settlements with very little rebuke. This paved the way for the Trump administration, in November, to change the U.S. position on those settlements. Declared illegal under international law since the end of the 1967, the Trump team declared them legal.

Given a staunchly pro-Israel Congress, a Democratic president is unlikely to do anything about that.

It would let Israel keep building new settlements and refrain from moving the U.S. embassy back to Tel Aviv (occupied Jaffa). The new embassy location, after all, has been sought by the U.S. Congress, by both Republicans and Democrats, since at least the 1990s.

A possible exception is Sanders (who nevertheless prefaces every remark he makes on Israel by asserting that he is “100 percent pro-Israel.”) A Sanders administration might go back to registering U.S. disapproval of settlements. Sanders has even expressed willingness to levy economic sanctions against Israel in reprisal for the settlements. But these promises could be hard to keep if he became president and had to face the entrenched vigilance in Congress against any measures it deems harmful to the interests of Israel.

← Attacking the Source: Establishment Loyalists’ Favorite Online Tactic
When a Chief Justice Reminded Senators in an Impeachment Trial That They Were not Jurors →

11 comments for “THE ANGRY ARAB: US Middle East Policy in a Future Democratic Administration”