Despite the high-speed impression created by events in the past few weeks, the shifting trends of Russian and U.S. influence on the region have been underway for years.

Sochi, Russia, as viewed from the Black Sea. (Wikimedia Commons)

Rarely do world events move at the velocity they now assume in the Middle East. President Donald Trump announced the withdrawal of American troops from northeastern Syria the evening of Oct. 6. Russian President Vladimir Putin and Turkey’s President Recep Tayyip Erdogan met for six hours in Sochi, Russia, last Tuesday. That comes to 16 days. When the Russian and Turkish leaders finished talking, the power balance in Syria shifted 180 degrees.

After eight years of American subterfuge, Washington has all but surrendered its foothold — its illegal foothold — on Syrian soil. In the best outcome, Russia and other allies of the Damascus government will now advance toward a post-conflict settlement unhindered by the covert “regime change” programs the Pentagon and the CIA have long mounted against President Basher al–Assad. And as Russia extends its influence beyond Syria — a project already under way — the dynamic in the world’s most conflicted region stands to change more fundamentally than it has since the U.S. assumed the imperial mantle from Britain after the 1956 Suez crisis.

While this prospect appeared to open in the course of a single day’s negotiation, there is nothing sudden about the rise of Moscow’s influence in Syria and the decline of Washington’s. This shift began when Russian bombers flew their first sorties over Syria on Sept. 30, 2015 at the Syrian government’s invitation and after Barack Obama declined Putin’s invitation to join the mission against jihadists in Syria. Putin and Sergei Lavrov, his able foreign minister, have since proven exceedingly adept and highly principled as they explore diplomatic avenues to stabilize the Syrian government and achieve a negotiated peace settlement. What transpired in Sochi was merely the latest of many steps in this process. 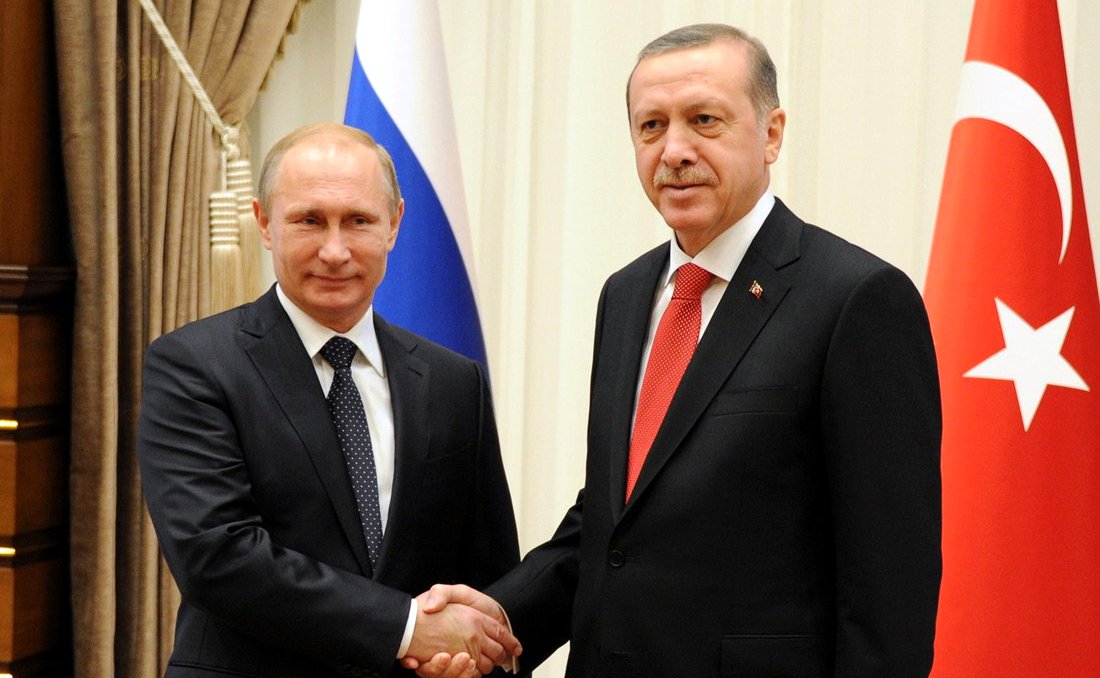 There are two things to note here. First, we do not witness a straight-line change of the guard in Syria, one outside power replacing another. U.S. objectives in Syria have been patently malign since it began covertly arming Sunni-nationalist jihadists in early 2012 at the latest: It has sought to keep Syria divided and in a state of chaos while backing Islamist proxies to bring down Assad’s secular government in a violent coup. Russia’s intentions are diametrically the opposite: to restore Syria’s territorial integrity while encouraging multi-sided talks intended to produce a lasting peace.

Second, Moscow’s emerging role in the Middle East is studied, the consequence of careful planning and astute statecraft. Since Russia’s entry into the Syrian conflict four years ago, Putin and Lavrov have assiduously developed working relations with nations of very disparate interests, from Turkey and Iran to Saudi Arabia and Israel. The Tehran Times reported last Wednesday that Russia intends to propose a regional security framework by the end of this year. The Iranian daily quotes Mikhail Bogdanov, Lavrov’s deputy foreign minister, as saying this endeavor has been in train since last June.

If any such effort gains support and momentum — and Moscow will seek backing among the major world powers as well as in the region, Bogdanov indicated — it could open the door to a fundamental shift away from the conflict, disorder, and sectarian animosities that have long plagued the Middle East.

The agreement Putin and Erdogan reached in the Black Sea resort city last week has a number of moving parts. Turkey has halted the offensive Erdogan set in motion Oct 9. Russian and Turkish troops are now to police a buffer zone 270 miles long and 18 miles deep along the Turkish–Syrian border. The Syrian Arab Army has re-entered the nation’s northeastern quadrant for the first time since the U.S. sequestered the region in 2012. The Kurdish-led Syrian Democratic Forces, which Erdogan considers a threat to national security, are required to withdraw southward into Syria.

This agreement has its critics. John Helmer, a longtime Moscow correspondent, reported last week that a considerable section of the Russian administration — the defense and foreign ministries, the general staff, the intelligence apparatus — think Putin gave too much away during his summit with Erdogan in Sochi. “The big fact on the ground … is that Putin has agreed to another Turkish invasion of a neighboring country,” Helmer noted. “In the run-up to the negotiations in Sochi, this was not the Russian policy consensus toward the Turkish invasion of northern Syria, nor toward the options for driving the Turks back where they belong.”

Helmer’s report is accurate, surely, but this argument lacks long-term perspective. Putin’s intent has been clear since Erdogan announced his plans for an imminent incursion. On one hand, Putin acknowledges the need to assuage Edrogan’s anxieties about Kurdish militias along Syria’s border with Turkey. On the other, he asserts the principle of territorial integrity as fundamental to any stable post-conflict settlement in Syria. 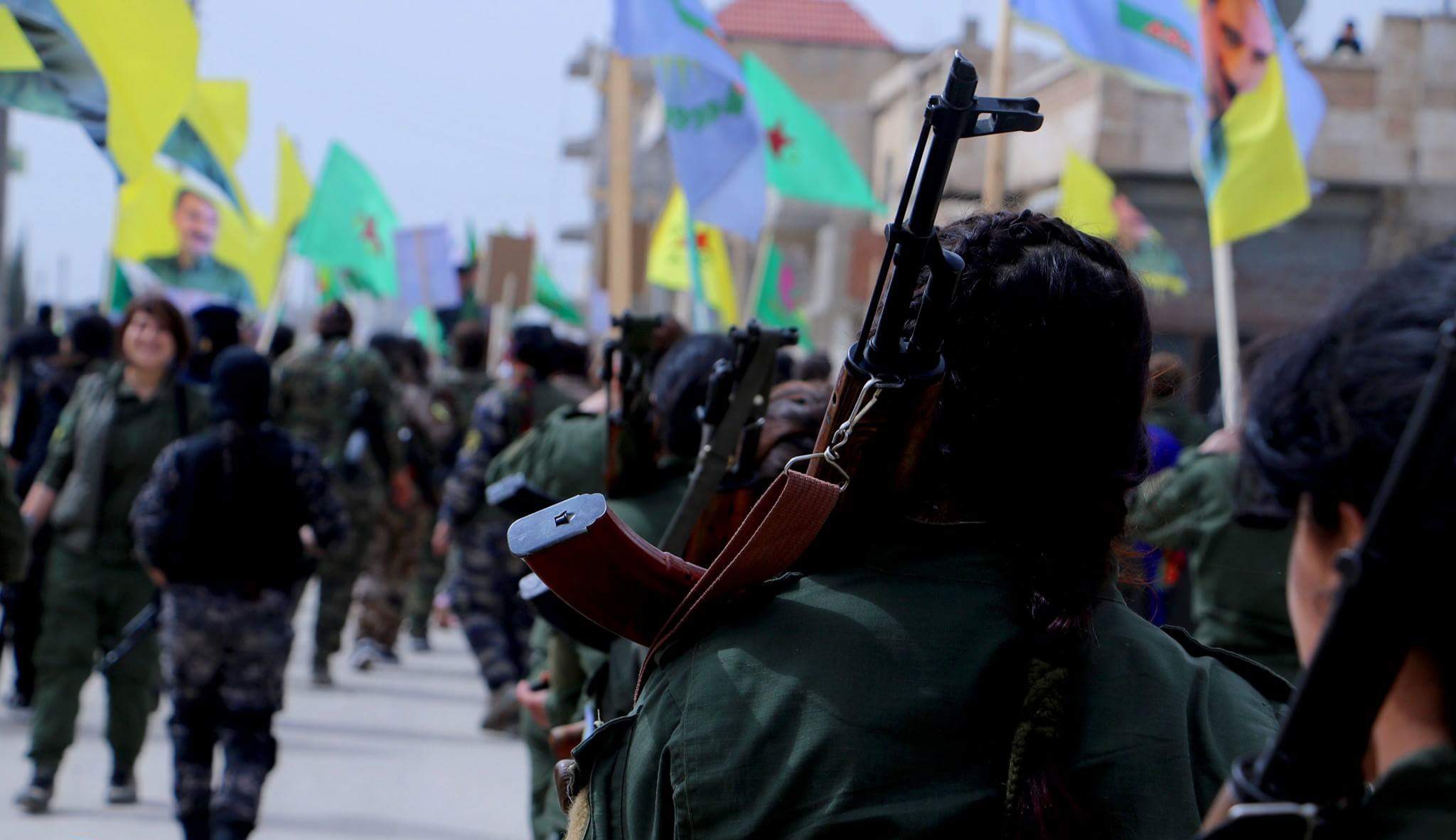 The Turkish presence in Syria that Putin green-lighted in Sochi, in other words, is an interim step in a more comprehensive diplomatic process. At the moment Turkish troops in Syria are illegal; Putin’s objective is to bring Ankara and Damascus together such that Assad will formally confirm their presence as he has Russia’s (and Iran’s) for the past four years.

“Only if Syria’s sovereignty and territorial integrity are respected can a long-lasting and solid stabilization in Syria be achieved,” Putin said as he stood next to the Turkish leader at a press conference after their talks. “It is important that our Turkish partners share this approach. The Turks will have to defend peace and calm on the border together with the Syrians. This can only be done in the atmosphere of mutual respect and cooperation.”

The New York Times ran a remarkable report on the Putin–Erdogan summit last Wednesday. The headline in the print edition tells the story — “Putin and Turks Carve Up Syria After U.S. Exit” —and the story could scarcely be more misleading. The U.S. carved up Syria when it enlisted the Kurds to break off the northeast in 2012 and prevented the Syrian army from entering the region. When Syrian troops reentered the northeast alongside Russia’s last week, Damascus took a major step toward the reintegration of the nation.

As things now appear, Russia may also have brought the years of Washington’s “regime change” operation in Syria to a decisive close. But this cannot yet be counted a certainty. There remains the chance that the U.S. will once more make use of proxies to stage another false-flag chemical weapons incident, so justifying a missile strike or the reentry of U.S. ground forces.

There are already ominous developments in this connection. Last Tuesday the Trump administration authorized $4.5 million in funding to the White Helmets, the notoriously phony “civil defense” group known for its ties to jihadist militias and its many operations as an agent provocateur. On Saturday it emerged that a U.S. convoy of armored vehicles and troops was advancing from Iraq into southeastern Syria. The Trump administration justified this as a move to protect Syrian oil fields; Moscow termed it “banditry.”

Over the weekend, a Special Operations force raided an Islamic State refuge in northwestern Syria. Trump said Sunday that Abu Bakr al–Baghdadi, the ISIS leader, was killed in the operation. This may or may not be true: Who knows any longer when Washington is telling the truth and when it is lying? But the raid was almost certainly intended to signal that Washington is not done with Syria.

Having unleashed this exceptional chain of events when he announced the withdrawal of U.S. troops three weeks ago, Trump is now floundering — stuck, as so often, putting the best face on developments that have spun out of his control. It is already clear the withdrawal he trumpeted will be partial at best. In remarks following Putin’s Sochi summit with Erdogan, Trump came over as nothing so much as a deluded dictator. “This was an outcome created by us, the United States, and nobody else, no other nation,” Trump declaimed. Pitiful is the only word for this.

If the American press is consistent in its derelictions of duty, there will be little or no coverage of Russia’s Middle East security initiative when Moscow makes it public in months to come. This will have nothing to do with its potential significance. Viewed in the broadest terms, the undertaking stands to signal a major advance — a step toward an era when American power in the region is gradually eclipsed, and the non–West asserts its preference for post-imperial solutions to its assorted conflicts and challenges.

← RAY McGOVERN: Thanks to a Soviet Navy Captain — We Survived 1962
Caliph Closure: ‘He Died Like a Dog’ →

7 comments for “PATRICK LAWRENCE: A Sudden-Seeming Power Shift in the Middle East”