It is difficult to imagine how the Trump administration could have not given Israel the green light to carry out these attacks as part of the U.S. maximum pressure campaign against Iran, writes Giorgio Cafiero.

Iraq has felt the heat from escalating tensions between the U.S. and Iran this summer as the White House moves ahead with its “maximum pressure” campaign against the Islamic Republic. Also clear is that Israel and Iran’s proxy wars in the region have spilled into Iraq too. Last month, Israel carried out its first attacks on targets in Iraq since Operation Opera on June 7, 1981.

On July 19, Israel struck a target in the Salahuddin governorate, three days before another attack against Camp Ashraf, located within close proximity to Iran. According to al-Ain, the UAE media network, the attack against Camp Ashraf killed 40 members of Iran’s Islamic Revolutionary Guard Corps (IRGC) and Iranian-sponsored Iraqi Shi’a militiamen. On Aug. 12, a blast occurred at a Popular Mobilization Units (PMU) arms depot in the Iraqi capital, allegedly carried out by an Israeli aircraft and resulting in one death and 29 injuries. Other Israeli attacks followed on the 19 and 25 of August. Several days ago, U.S. officials confirmed that Israelis were indeed behind the July 19 attack in Salahuddin governorate, which was suspected from the beginning.

Such actions highlight how Israel seeks to expand to Iraq its theater of confrontation with Iran. Put simply, the Israelis are reacting with increasing aggression against the extent of Iranian-sponsored militias in Iraq and elsewhere in the Middle East that provide Tehran greater leverage vis-à-vis Israel.

Important questions surround the U.S. role in these Israeli attacks against PMU targets in Iraq. It is difficult to imagine how the Trump administration could have not given Israel the green light to carry out these attacks. As Karim al-Alwei, an Iraqi parliamentarian, explained, “the U.S. controls Iraqi air space” thus “no planes, including Iraqi jets or helicopters, can overly the area without U.S. knowledge or permission.” Only seven months ago, U.S. Secretary of State Mike Pompeo reportedly raised the topic of Iranian missiles in the hands of PMU forces in Iraq while meeting with Iraq’s Prime Minister Adel Abdul-Mahdi, stating that Washington would not be against any future Israeli military operations targeting such facilities.

Unclear is whether the Israelis used Syrian, Turkish, or Saudi airspace to reach their targets in Iraq. Regardless, it is a safe bet that the Saudi leadership, which maintains a tacit partnership with Israel largely based on a common  perception of Tehran as a threat to its interests, welcomes such Israeli action in Iraq. As Saudi and Israeli officials see  Iranian-sponsored Shi’a militia in Iraq, Syria, and Lebanon as a major threat, the Israeli strikes in Iraq will likely push the Israelis and Saudis even closer together.

Other Targets of Israel

Tel Aviv has dramatically increased the intensity and reach of its military campaign to weaken Tehran-backed militias in the region, waging attacks not only in Iraq, but also in Syria and Palestine too, as well as recently sending two drones into Lebanon. Into the chaos of Syria the Israelis have carried out many strikes against Iran-related targets since the civil war began in 2011. Yet by attacking targets in Iraq, the Israel is showing its determination to expand the theater of its proxy war with Iran.

Although difficult to predict the long-term ramifications of these blasts in Iraq, their impact will likely be destabilizing, given Iraq’s fragile security. A major concern for officials in Baghdad is that in the days, weeks, and months ahead Iraq—as well as its airspace—could be the location of intensified violence as the U.S., Israel, and Iran challenge each other’s actions. Iraq will have a difficult time staying neutral between Washington and Tehran. 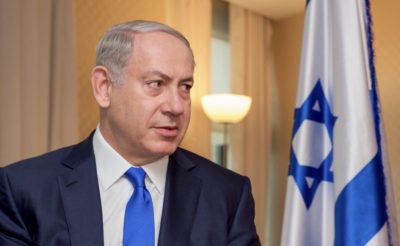 Prime Minister Benjamin Netanyahu said Aug. 19, “Iran has no immunity, anywhere… we will act and currently are acting against them, wherever it is necessary.” Three days later the Israeli leader went further, suggesting his country was perhaps involved in these attacks in Iraq, declaring, “We are operating in many areas against a state that wants to annihilate us.”

By making such bold moves, Israel is taking major risks. If such attacks continue in Iraq against Tehran-sponsored non-state actors near the Iranian border, Iran will likely respond. Perhaps the Iranians will put air defense capabilities in the hands of Iraqi Shi’a militias to enable such factions to fend off future Israeli attacks. Also possible is that Tehran would  carry out limited strikes in retaliation at a time and place of the Iranian leadership’s choosing, perhaps targeting Israeli positions in the occupied Golan Heights of Syria.

The Israeli strikes, which constitute a flagrant violation of Iraq’s sovereignty, may come with major costs for U.S. interests in Iraq. Given that an influential Iran-based Shi’a cleric, Grand Ayatollah Kazim al-Haeri, reacted to the Israeli attacks with a fatwa forbidding America’s military presence from continuing in Iraq, and the fact that many in Iraq and other Arab countries see the U.S. as responsible for Israeli actions against PMU targets, the roughly 5,000 American troops still in Iraq could find themselves in the crosshairs of what has quickly become an escalating Israeli-Iranian proxy war waged in Iraq.

Israel’s bombing of Iraq will have major implications for the Washington-Baghdad relationship too, particularly given that the Iraqi government is attempting to bring the heavily armed Shi’a militias under its control. If the U.S. administration fails to prevent Israel from turning Iraq into more of a battleground in Tel Aviv’s proxy wars with Tehran, Iraq’s fragile stability will be further undermined. Under such circumstances, Iran could quickly capitalize on such conditions to bring Baghdad closer to Tehran at a time in which U.S. influence in Iraq—and the region at large—continues to wane.

Unquestionably, perceptions across Iraq that the U.S. is to blame for Israel’s actions will push more Iraqis to the conclusion that the White House’s “maximum pressure” agenda against Iran is directly undermining Iraq’s basic interests in upholding sovereignty and moving toward a more stable future in which the country is not implicated in greater regional crises involving multiple nations.

← Debating How Much Time We Have to Avert Climate Disaster is a Waste of Time
JOHN KIRIAKOU: In Search of a Russiagate Scalp: The Entrapment of Maria Butina →

64 comments for “Behind Israel’s Bombing in Iraq’s Heartland”