From Brexit to Scottish independence and escalating tension with Iran, Boris Johnson has his work cut out as PM. Has he got what it takes? asks Johanna Ross.

By Johanna Ross
in Edinburgh, Scotland

With a mandate of only 0.2 percent of the British people, perhaps the most notorious and colorful candidate ever to be prime minister, Boris Johnson, defied all criticism to win 66 percent of the Tory party vote in the race to become party leader by beating out Foreign Secretary Jeremy Hunt.  Johnson survived serious attempts to discredit him in the media, including a report on a domestic quarrel which sought to derail his campaign amid a barrage of attacks on his character and competency. It did not deter the Tory faithful who, believing staunchly in Brexit, have put their trust in BoJo to deliver.

Charisma and ambition have carried Boris through. In response to a Channel 4 journalist’s question regarding how long he had wanted to be PM, his father said even as a child he wanted to be “king of the world.” But ambition alone will not suffice. This is a man famed for his inaccuracies and for struggling to get his facts right when put on the spot. As one Guardian journalist put it: “I don’t understand how a man can be fired twice for cavalierly making stuff up and reach high office.” He has been called everything from the more endearing “clown” and “buffoon” to more serious accusations of being a “racist” and “liar.” It seems the general consensus is he would say or do anything to get to the top.

And yet on Wednesday, after being granted official permission from Her Majesty the Queen, Johnson became prime minister of the United Kingdom.

He comes to power at one of the most difficult and daunting periods of modern British history. The overwhelming task of negotiating Brexit and the complexities of the Irish border question, together with rising Scottish nationalism, means that he faces not only the challenge of exiting the EU, but of exiting the EU while maintaining the territorial integrity of the United Kingdom. As reported previously, it is no exaggeration to say the unity of Britain is under threat. 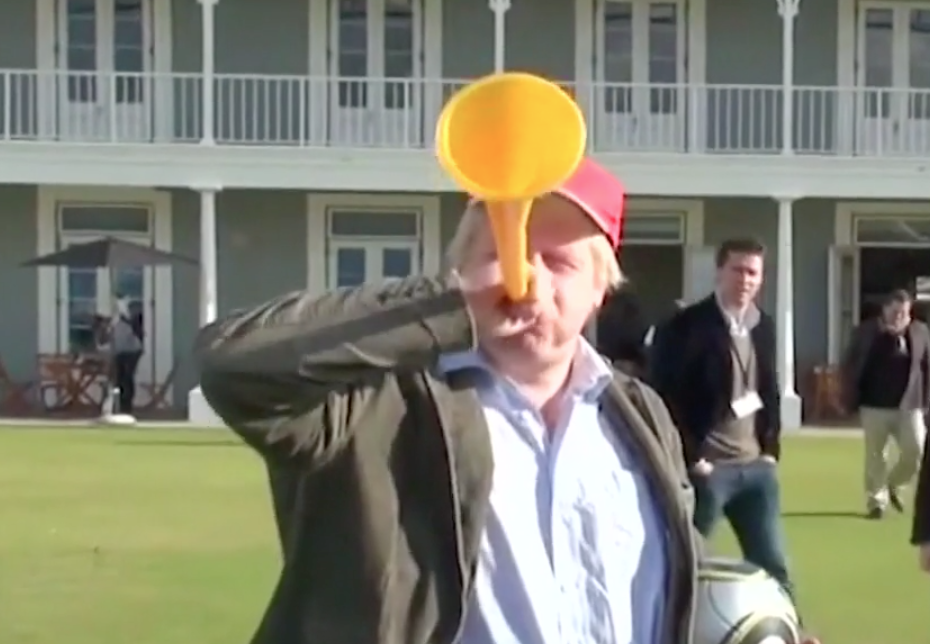 Scottish First Minister Nicola Sturgeon could not have been more explicit in communicating this in an interview when she gave her reaction to Johnson’s election, emphasizing that support for independence had only been boosted by the prospect of a Johnson premiership. Citing a poll from a couple of weeks ago, which showed majority support for Scottish independence if Johnson were to become PM, Sturgeon said it was no surprise that Scots were increasingly wanting out of the Union. “Scotland faces Brexit which we didn’t vote for; we’ve got a Tory government at Westminster that we didn’t vote for and we certainly didn’t vote for Boris Johnson as Prime Minister,” she said.

The Scottish leader has never hidden her dislike for Johnson. Earlier this year she said in a BBC interview that he’d be a “disaster” as PM and raised concerns over the possible “damage” his leadership could do to the U.K. and to Scotland. It’s clear that she has widespread support for her views at home. A poll last month for the Sunday Times showed that while only 41 percent of Scots would back independence, with Johnson as leader it would increase to 53 percent.

Indeed, according to Edinburgh-based academic Ailsa Henderson, a fifth of those who voted No in the 2014 referendum on Scottish independence said they would switch to Yes if Johnson became PM. Scottish National Party Deputy Leader Keith Brown said last month:  “Even without the nightmare scenario of Boris Johnson as Prime Minister a referendum would be too close to call – but if he wins, as expected, backing for independence is set to surge.”

In a BBC interview Sturgeon cited the disaster of Johnson’s time in the foreign office as a measure of what one could expect from his premiership. Indeed, one only has to remember his handling of the Skripal poisoning affair to gauge how Johnson may represent Britain on the world stage.

Headlines such “Boris Johnson accused of misleading the public over the Skripal case” tainted this period, as he was exposed by several news outlets for lying over what Porton Down (the U.K. chemical weapons laboratory) scientists had told him. The scientists maintained their position that they could not determine the source of the nerve agent that had affected the Skripals, but Johnson said in an interview with Deutsche Welle that he had been assured by Porton Down that it was Russia.

The result was complete ambiguity, with comments such as “Serial liar Boris Johnson caught lying again?” taking up the Twittersphere. The commotion didn’t end there however, as the situation was exacerbated by a Johnson-led foreign office producing and then deleting a tweet which read: “Analysis by world-leading experts at the Defence Science and Technology Laboratory at Porton Down made clear this was a military-grade Novichok nerve agent produced in Russia.” If this chaos is anything to go by, we could be in store for a lot more with Johnson in No. 10.

Relations with Russia under Johnson will be utterly unpredictable. Whereas his rival for the leadership, Hunt, followed the “party line” on Russia to the letter, it’s not clear how Johnson intends to deal with one of the worst periods in Anglo-Russian history. On the one hand Johnson has openly stressed in the past that he is a fan of Russia, has no quarrel with the Russian people and has himself Russian blood (although his name Boris bears no relation to his ancestry). But his record as foreign secretary includes comments that Russia is “closed, nasty, militaristic and anti-democratic” – hardly language which fosters dialogue and promotes understanding between nations.

Johnson has also been previously quoted as saying President Vladimir Putin was a “ruthless and manipulative tyrant.” Having received endorsement from President Donald Trump prior to winning the leadership contest, Johnson will little doubt be toeing the U.S. line when it comes to foreign policy, as all his predecessors have done.

The first serious foreign policy test for him as leader will be Iran, seemingly Washington’s next chosen target for regime change. We have already seen the rather inexplicable British seizure of an Iranian ship near Gibraltar this month – supposedly for breaking EU sanctions by allegedly heading for Syria. The expected tit-for-tat retaliation from Iran came last week as it captured a British oil tanker near Oman. The U.K. has already declared the Iranian move an“act of state piracy,”and announced the formation of a European-led maritime security mission in the Persian Gulf. But Britain struggles to demonstrate how its own decision to seize the Iranian tanker had any basis in international law.

Johnson therefore will be tasked with turning the heat down on what is an increasingly volatile situation with regard to Iran. It will be interesting to witness how, in his bid to promote a brand-new Britain after Brexit, he will maintain the balance of siding with the hawkish Trump administration while pursuing a fresh foreign policy.

← Only Enlightened Collectivism Can Save Us
The Great Reckoning →