From flimsy false flags in the Gulf to the signing of Assange’s extradition warrant, Craig Murray reviews the abuses of power made  obvious in the past two weeks.

Standing back a little and surveying the events of the last couple of weeks, gives a bleak view of the current state of Western democracy.

We have seen what appears to be the most unconvincing of false flags in the Gulf. I pointed out why it was improbable Iran would attack these particular ships. Since then we have had American military sources pointing to video evidence of a packed small Iranian boat allegedly removing a limpet mine from the ship the Iranians helped to rescue, which was somehow supposed to prove it was the Iranians who planted the alleged device. We also have had the Japanese owner specifically contradict the American account and say that the ship was hit by flying objects.

The Iranians certainly have a strange method of bomb disposal if they carry it out using unarmoured personnel, with as many as possible crammed into a small boat in immediate contact with the “mine.” It is also hard to understand why the alleged “limpet mines” would be four feet above the waterline.

Limpet mines are placed below the waterline. There are numerous reasons for this. Firstly, holes above the waterline will not sink a ship. Secondly, the weight of the water helps contain the blast against the ship. Thirdly, it is obviously harder to detect both the diver placing the mine and the mine once placed if it is below the water. In fact it would be very difficult for a diver to place a limpet mine four feet above the waterline, even if they wanted to.

There seems to be a remarkable disconnect between the widespread popular disdain at yet another fake western power casus belli in the Middle East, and the near universal complicity of the U.K. political and media class in promoting this transparent lie. It is as though even pretending to have any respect for truth and fact has simply been discarded within the U.K.’s governmental system. Which ought to worry us a lot.

The second development ought to have been the biggest media story of the decade in the UK, if we had anything like a free and honest media. Mike Pompeo, U.S. secretary of state, made plain the Trump administration’s intent to prevent the election of Jeremy Corbyn as prime minister. Pompeo told a meeting of Jewish leaders:

“It could be that Mr. Corbyn manages to run the gantlet and get elected. It’s possible. You should know, we won’t wait for him to do those things to begin to push back.”

This blatant interference by a foreign power in the U.K.’s democracy is an absolute scandal. Compare the lack of media outrage at Pompeo’s intervention with the ludicrous claims made about much less high profile Russian attempts at influence. This incident provides incontrovertible proof that the world does indeed operate in the way that I have been explaining here for a decade. It is not a “conspiracy theory” that democracy is manipulated by hidden powers, it is fact. Pompeo’s description of Corbyn’s route to election as “running the gauntlet” is particularly revealing. Even more so is the cursory coverage this story was given, and I have seen no evidence to date of any MSM “journalist” attempting any follow-up investigation on the methods the U.S. are planning to employ – or more likely already employing – against Corbyn.

Everybody should be incandescent at this, no matter who they vote for.

Stunning Revelation About the Guardian

Something else which revealed the truth of the way the political world now operates, and which again did not get nearly the media attention it deserves, was Matt Kennard’s stunning revelation of the way The Guardian has been taken over by the security services. I have been explaining for years that The Guardian has become the security services’ news outlet of choice, and it is very helpful to have documentation to prove it.

Guardian's deputy editor @paul__johnson joined state censorship D-Notice committee (run by MOD) after Snowden revelations in sop to British spooks. In board minutes, they thank him for being "instrumental in re-establishing links" between UK mil/intel and Guardian. Explains a lot pic.twitter.com/kN27T0QoMm

It is worth noting that The Guardian obeyed completely the DSMA committee ban on mentioning Pablo Miller in reporting the security service fantasy version of the Skripal story. As Kennard points out, it is also very interesting indeed that the Guardian published Luke Harding’s front page fabrication of Manafort/Assange meetings two weeks after MOD Director Dominic Wilson congratulated Guardian deputy editor Paul Johnson on “re-establishing links” with the security services. The Guardian is, like other British newspapers, as controlled by the military and security services just like in any other decent autocracy.

Incidentally, I cannot find Matt Kennard’s excellent work set out anywhere, except in that twitter stream. Surely there is an article on a website somewhere? I cannot find anything on Google, but as it is exactly the kind of information Google routinely suppresses, that does not mean it is not out there. Anyone seen it? 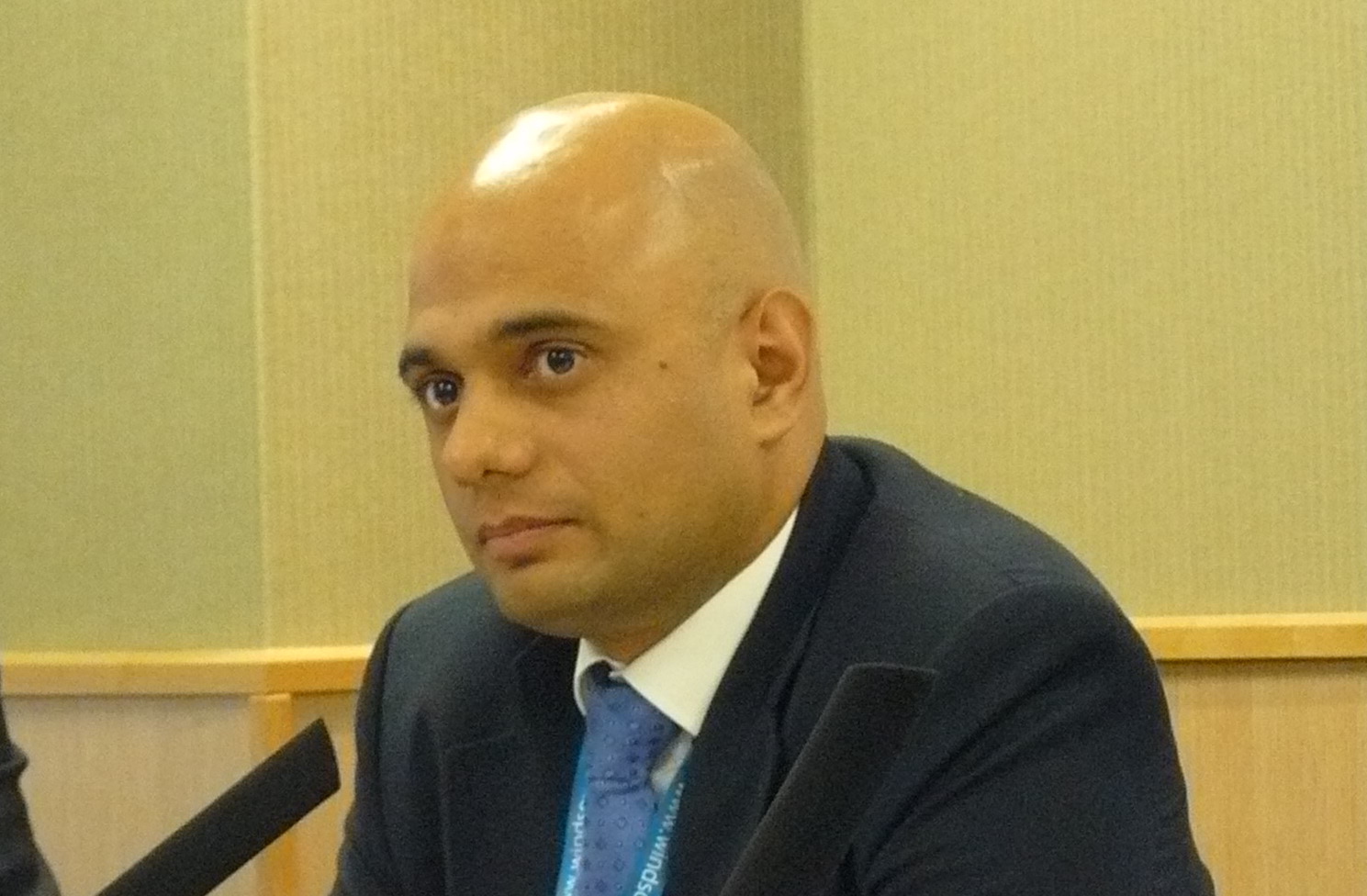 Finally, we have of course seen Home Secretary Sajid Javid sign the extradition warrant for Julian Assange to be sent to the United States for the “crime” of publishing truthful information about U.S. illegalities. Julian’s extradition hearing was, contrary to normal practice, held despite the fact he was too sick to attend in person. And it was presided over by Judge Emma Arbuthnot, despite the fact that her husband is a former Tory defense minister who started a “security consultancy” in partnership with a former head of MI6, the war criminal John Scarlett who oversaw the fabrication of the dossier of lies about Iraqi WMD, in order to launch an illegal war of aggression that killed and maimed millions. The Assange team had asked her to recuse herself on that pretty obvious basis, but she had refused. At an earlier hearing she taunted Assange with the observation that he could get adequate exercise in the embassy on a 1.5 meter Juliet balcony.

Just as The Guardian has never apologised for, nor withdrawn, the utter lie of the Assange/Manafort story, so the identity-politics-promoting, false “left” has never apologised for its pursuit of Assange over sexual allegations in Sweden, which were obvious on the slightest scrutiny to be only a fit-up designed to get him into custody. Those figures like David Allen Green, Joan Smith and David Aaronovitch, among scores of other pustulous hacks, who mocked and scorned those of us who always said that Assange faced not extradition to Sweden but to the United States for publishing, have been shown up as, at the very best, stupid naive and unwitting tools of the state, and more likely, insincere and vicious propagandists.

This brief review of current issues reveal that not only do Western governments lie and fake, they have really given up on trying to pretend that they do not. The abuse of power is naked and the propaganda is revealed by the lightest effort to brush away the veneer of democracy.

I find it hard to believe that I live in times where Assange suffers as he does for telling the truth, where a dedicated anti-racist like Corbyn is subjected to daily false accusations of racism and to U.S. and security service backed efforts to thwart his democratic prospects, where the most laughable false flag is paraded to move us towards war with Iran, and where there is no semblance of a genuinely independent media. But, starkly, that is where we are. This is not unrelated to the massive and fast-growing inequality of wealth; the erosion of freedom is the necessary precondition that allows the ultra-wealthy to loot the rest of us. It remains my hope there will eventually come a public reaction against the political classes as strong as the situation demands.

← Trump’s Bipartisan Support for Eradicating the Palestinian Cause
THE ANGRY ARAB: How to Bring Down a Regime in the Arab World →

85 comments for “The Ugly View of Western Democracy”