A contradiction is unfolding inside the party as it pushes for a Green New Deal, writes Steve Horn.

The U.S. Senate Committee on Energy and Natural Resources has hired a former fracking lobbyist to lead its minority staff.

As first reported by the publication Greenwire, Sarah Venuto Perez formerly served as lead federal lobbyist for America’s Natural Gas Alliance (ANGA), as well as the natural gas electricity companies Centerpoint Energy and Entergy. ANGA, until merging into the American Petroleum Institute in 2015, was the lead federal lobbying organization promoting hydraulic fracturing (“fracking”) for natural gas in shale basins across the U.S.

The U.S. Senate Committee on Energy and Natural Resources is under the Democratic minority leadership of U.S. Sen. Joe Manchin (D-WV), a coal and natural gas state legislator who has long served as a vocal supporter of the fossil fuel industry. Most recently, Venuto Perez had worked as chief legal counsel and senior policy adviser for Manchin.

A contradiction is unfolding among Democrats: Venuto Perez’s hire comes as Democrats in the U.S. House of Representatives, spearheaded by U.S. Rep. Alexandria Ocasio-Cortez, have pushed the concept of a Green New Deal and creation of a Select Committee on the Climate Crisis. 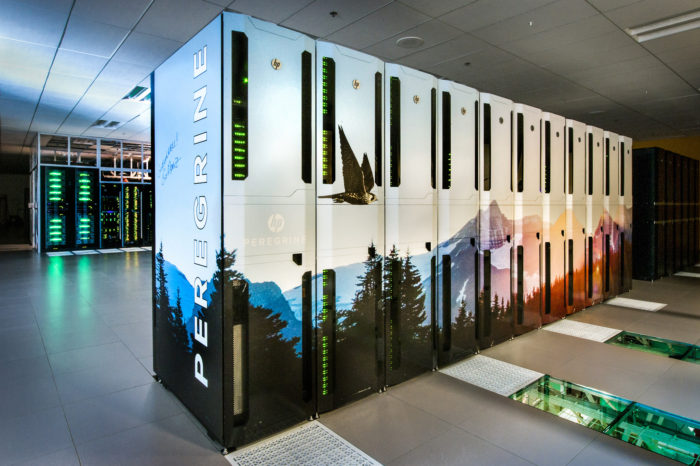 Ocasio-Cortez recently told Bloomberg that the House will soon begin the official process of drafting a resolution to have an official written record of what “climate and clean energy policies they would support to combat climate change,” reported Bloomberg.

She said the resolution is still being drafted. “But we’re looking to essentially just define the scope of the Green New Deal” with the resolution.”

Prior to her roughly seven years working as a lobbyist in Washington, D.C., Venuto Perez worked as assistant council for the Office for General Counsel for the Hillary Clinton for President campaign during Clinton’s first run for the presidency, according to her LinkedIn profile. Venuto Perez also gave a $2,900 donation to Clinton during her follow-up 2016 run for president while working as a lobbyist for ANGA, according to U.S. Federal Elections Commission data.

While working for ANGA, Venuto Perez also accepted $75 biweekly payroll deductions during the 2016 campaign cycle which went to the lobbying organization’s political action committee (PAC). ANGA donated $66,688 to candidates during that cycle, according to OpenSecrets.org, with Hillary Clinton receiving the most money out of any federal candidate from the organization. 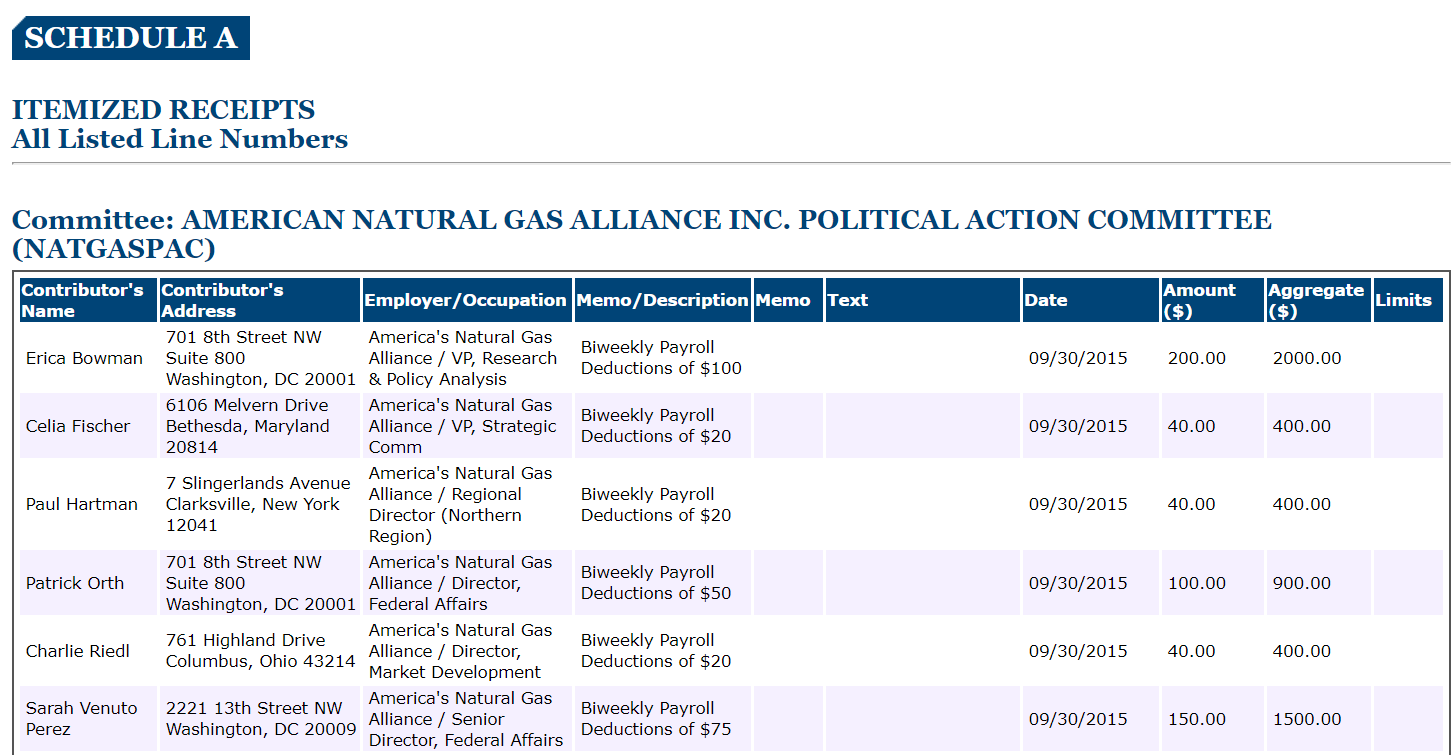 For example, while working for ANGA, federal lobbying disclosure forms show that she advocated against methane emissions regulations (methane is a greenhouse gas more potent as a heat-trapping greenhouse gas than carbon during its 20 years in the atmosphere). At ANGA, she also lobbied for bills which would expedite the permitting process to ship liquefied natural gas to the export market, fast-tracking which may push aside considerations under the National Environmental Policy Act (NEPA).

At ANGA, she also worked on NEPA reform itself, legislation and a regulatory landscape which undergirds it that has long stood in the way of industry desires to expedite the permitting process for its proposed projects. The Trump administration and congressional Republicans have made a push in recent months, as well, to stave off NEPA.

During her lobbyist tenure, Venuto Perez further advocated on behalf of the SCRUB (Searching for and Cutting Regulations that are Unnecessarily Burdensome) Act. That bill would nix one federal regulation for every federal regulation created, legislation pushed hard both in the U.S. and Canada by the climate change denial network funded by David and Charles Koch.

While at Centerpoint, Venuto Perez lobbied, too, for the Free Industry Act, which would have made greenhouse gases not subject to Clean Air Act. Also at Centerpoint, she pushed for the Ensuring Affordable Energy Act, which would have prohibited funding for the U.S. Environmental Protection Agency (EPA) to implement greenhouse gas regulations. Further, she lobbied for S.15, a 2011 bill to halt regulation of carbon dioxide emissions in the U.S. until China, India, and Russia implement similar reductions.

And those are just some of the dozens of bills she supported while working for Centerpoint. 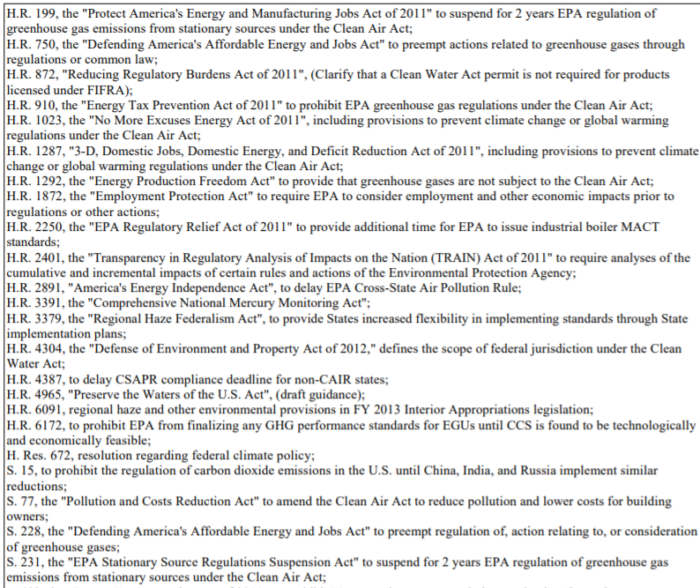 Even before Manchin hired Venuto Perez, his appointment came under fire by climate activists. 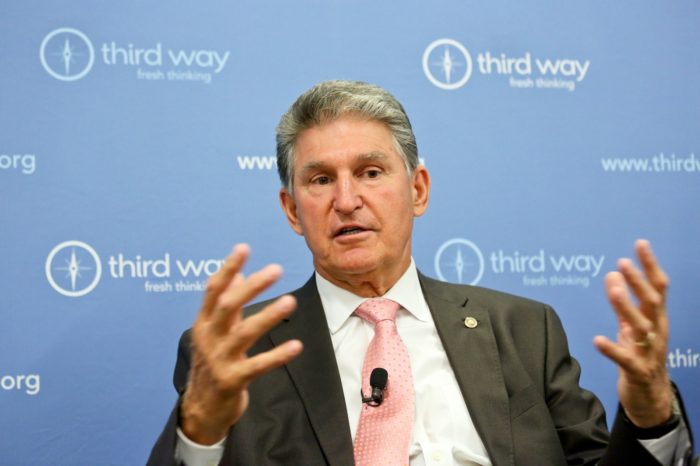 “Anyone but Manchin,” Lukas Ross, senior policy analyst at the climate advocacy group Friends of the Earth, told Politico at the time. “I’d rather pick someone from the phone book.”

In recent months, Manchin has helped to spearhead an effort to create a multinational petrochemical hub in West Virginia. Boosted by over $83 billion in capital from China, the hub would intake gas obtained from fracking in the Marcellus and Utica Shale basins and morph the Ohio River valley region into a petrochemical refining corridor rivaling that situated along the Gulf of Mexico in Texas and Louisiana on the Houston Ship Channel.

Manchin made his mark as one of few Democrats to oppose to President Obama’s Climate Action Plan’s aims to regulate coal-fired power plants’ greenhouse gas emissions. On the day Obama announced the plan, Manchin denounced it as a “war on coal” in a press release published by his office.

Manchin also came out against a cap-and-trade plan put forth early on in the Obama Administration. In a well-known 2010 Manchin campaign ad, the Senator literally shot the cap-and-trade legislative proposal with a rifle.

Politico noted in November that Democratic Party-aligned advocates were noticeably quiet about the appointment of Manchin, compared to its noisier activism around pushing the concept of the Green New Deal to the fore.

“We’re not shy about bringing the full spectrum of Democratic actions, including protests, to Capitol Hill, but right now our priority is building power and building a vision on climate change,” Julian NoiseCat, U.S. policy analyst for 350.org, told Politico. “We see that primarily in the House at this current moment in time.”

Any Green New Deal passed by the House, where Democrats sit in the majority, would also need to pass through both the U.S. Senate and receive President Donald Trump’s signature of approval to become law. Given much of the Green New Deal deals with energy issues, some parts of that package will ikely have to go through the U.S. Senate Committee on Energy and Natural Resources as well.

Manchin’s office did not respond to repeated requests for comment for this story. Neither did any of the other Democrats contacted for this story, including the offices of U.S. Rep. Alexandria Ocasio-Cortez, U.S. Rep. Ro Khanna and U.S. Sen. Bernie Sanders.

Sanders sits as a fellow member of the Committee on Energy and Natural Resources. Fellow Committee Democrats U.S. Sen. Cantwell, U.S. Sen. Stabenow and U.S. Sen. Wyden also did not respond to repeated requests for comment.

Robert Galbraith, Senior Research Analyst for the Public Accountability Initiative — a non-profit group which tracks the influence elite networks have on public policy debates and outcomes — decried the hire

And those are just some of the dozens of bills she supported while working for Centerpoint.

03.City Council Calls for ‘No More Cash for Burning Trash’

Steve Horn is a reporter and producer with the Real News Network’s Climate Crisis Bureau.