Further research shows The New York Times was even further off the mark in blaming Russian social media for Trump’s win, as Gareth Porter reports.

Even more damning evidence has come to light undermining The New York Times‘ assertion in September that Russia used social media to steal the 2016 election for Donald Trump.

The Times‘ claim last month that Russian Facebook posts reached nearly as many Americans as actually voted in the 2016 election exaggerated the significance of those numbers by a factor of hundreds of millions, as revealed by further evidence from Facebook’s own Congressional testimony.

Th further research into an earlier Consortium News article shows that a relatively paltry 80,000 posts from the private Russian company Internet Research Agency (IRA) were engulfed in literally trillions of posts on Facebook over a two-year period before and after the 2016 vote.

That was supposed to have thrown the election, according to the paper of record. In its 10,000-word article on Sept. 20, the Times reported that 126 million out of 137 million American voters were exposed to social media posts on Facebook from IRA that somehow had a hand in delivering Trump the presidency.

The newspaper said: “Even by the vertiginous standards of social media, the reach of their effort was impressive: 2,700 fake Facebook accounts, 80,000 posts, many of them elaborate images with catchy slogans, and an eventual audience of 126 million Americans on Facebook alone.” The paper argued that 126 million was “not far short of the 137 million people who would vote in the 2016 presidential election.”

But Consortium News, on Oct. 10, debunked that story, pointing out that reporters Scott Shane and Mark Mazzetti failed to report several significant caveats and disclaimers from Facebook officers themselves, whose statements make the Times’ claim that Russian election propaganda “reached” 126 million Americans an exercise in misinformation. 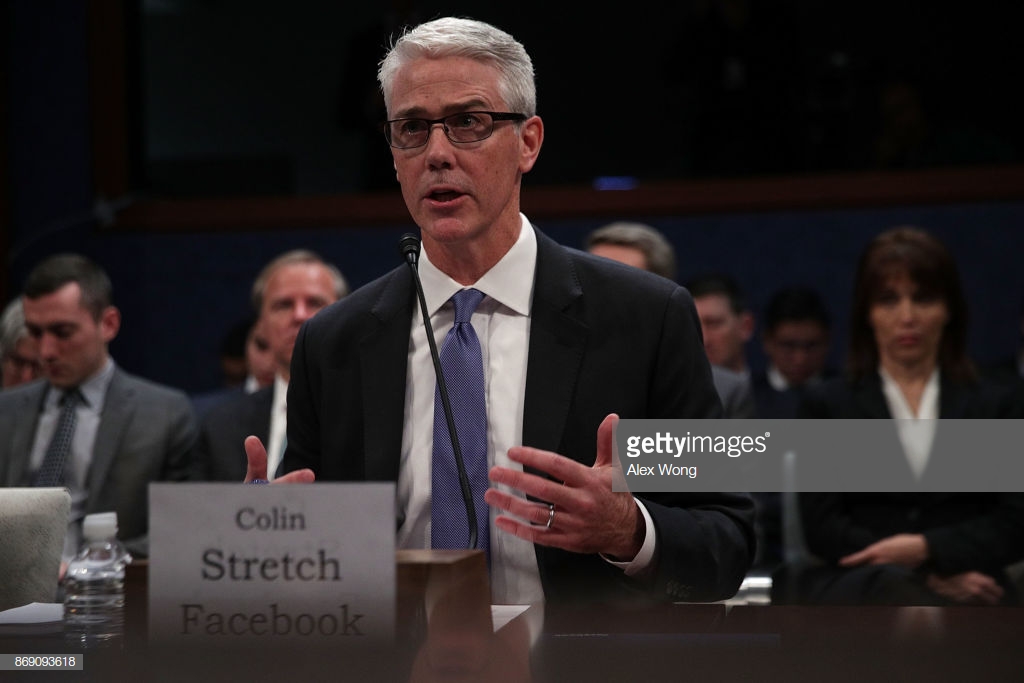 The newspaper failed to tell their readers that Facebook account holders in the United States had been “served” 33 trillion Facebook posts during that same period — 413 million times more than the 80,000 posts from the Russian company.

What Facebook general counsel Colin Stretch testified before the Senate Judiciary Committee on October 31, 2017 is a far cry from what the Times claims. “Our best estimate is that approximately 126 million people may have been served one of these [IRA-generated] stories at some time during the two year period,” Stretch said.

Stretch was expressing a theoretical possibility rather than an established fact. He said an estimated 126 million Facebook members might have gotten at least one story from the IRA –- not over the ten week election period, but over 194 weeks during the two years 2015 through 2017—including a full year after the election.

That means only an estimated 29 million FB users may have gotten at least one story in their feed in two years. The 126 million figure is based only on an assumption that they shared it with others, according to Stretch.

Facebook didn’t even claim most of those 80,000 IRA posts were election–related. It offered no data on what proportion of the feeds to those 29 million people were.

In addition, Facebook’s Vice President for News Feed, Adam Moseri, acknowledged in 2016 that FB subscribers actually read only about 10 percent of the stories Facebook puts in their News Feed every day. The means that very few of the IRA stories that actually make it into a subscriber’s news feed on any given day are actually read.

And now, according to the further research, the odds that Americans saw any of these IRA ads—let alone were influenced by them—are even more astronomical. In his Oct. 2017 testimony, Stretch said that from 2015 to 2017, “Americans using Facebook were exposed to, or ‘served,’ a total of over 33 trillion stories in their News Feeds.”

Shane and Mazzetti did not report the 33 trillion number even though The New York Times’ own coverage of that 2017 Stretch testimony explicitly stated, “Facebook cautioned that the Russia-linked posts represented a minuscule amount of content compared with the billions of posts that flow through users’ News Feeds everyday.”

The Times‘ touting of the bogus 126 million out 137 million voters, while not reporting the 33 trillion figure, should vie in the annals of journalism as one of the most spectacularly misleading uses of statistics of all time.