Ronald Reagan said the US must trust & verify with Moscow. Both Iran & Syria complied with verified accords, yet Trump bombed Syria & pulled out of the Iran deal. What message does this send the DPRK, asks Ted Snider.

Donald Trump bombed Syria for allegedly using chemical weapons last month and he has now officially pulled out of the Joint Comprehensive Plan of Action (JCPOA) nuclear agreement with Iran.

But Syria officially has no chemical weapons and Iran has no nuclear ones. The Organization for the Prohibition of Chemical Weapons (OPCW) verified Syria to be chemical free, and the International Atomic Energy Agency (IAEA) has verified Iran’s consistent and continued compliance with the JCPOA. To the best of anyone’s knowledge, Syria has no chemicals and Iran has no nukes: that’s what verification means.

In the absence of evidence, America has turned to deception and digging up dirt. Not able to discredit the deal, Trump tried to discredit the deal makers. Trump aides hired the private Israeli intelligence agency Black Cube to “get dirt” on key people in the Obama administration who played a role in negotiating the deal. The agency tried to find anything damaging on personal relationships, involvement with Iran-friendly lobbyists or political or personal benefit to the negotiators.

When dirt presumably wasn’t found, the deal killers turned to deceit. Just two weeks before Trump’s most recent opportunity to decertify the deal, Israeli Prime Minister Benjamin Netanyahu revealed to the world “proof” that “Iran lied, big time, after signing the nuclear deal in 2015.” Netanyahu displayed binders with over 50,000 paper files and a wall of CDs that he said were packed with the proof.

But Netanyahu was more Wizard of Oz than statesman. There was nothing behind the curtain. Netanyahu’s “significant new revelations” were a greatest hits tour of old songs that didn’t sell. The binders and discs contained nothing that the IAEA hadn’t seen and dismissed the first time around. Those old attempts to discredit Iran have been carefully discredited by many experts, including Gareth Porter in his book, Manufactured Crisis.

That Israel tried so hard to find evidence that Iran has worked on a nuclear weapons program in any way since the signing of the JCPOA and found nothing new is perhaps the best proof that Trump needed to certify that Iran is in compliance with all of its obligations under the agreement, rather than pull out of it.

Olli Heinonen, the chief inspector of the IAEA at the time of the JCPOA negotiations – and not someone who was in 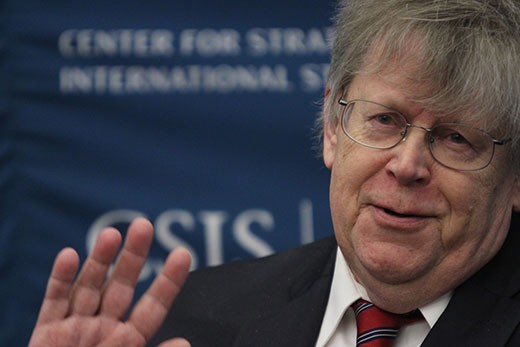 Heinonen: Saw this picture before.

any way soft on Iran – said that the IAEA first saw the “significant new” evidence that Netanyahu revealed in 2005. Watching Netanyahu’s revelation, Heinonen could only say, “I just saw a lot of pictures I had seen before.” Federica Mogherini, the High Representative of the European Union for Foreign Affairs and Security Policy,  said that, based on first reports of Netanyahu’s presentation, it “has not put into question Iran’s compliance with the JCPOA.” Mogherini said that the final word had to go to the IAEA. The final word was given. The day after Netanyahu’s presentation, the IAEA said that there was “no credible indications” of Iran working on a nuclear weapons program for several years before the JCPOA.

But, as in Syria, Trump accepted the word of a biased source with a significant interest in claiming that Iran has an active clandestine nuclear weapons program over the IAEA’s verification team. Dismissing the IAEA, Trump boasted that Netanyahu’s revelation “showed that I’ve been 100 percent right.” And now, citing only Netanyahu’s presentation as evidence, he dismissed the IAEA’s weapons inspectors and verifications and betrayed an international agreement with a partner who was verified to be in full compliance with its agreements.

Nonetheless, on April 14, Trump ordered the bombing of Syria because of a claimed chemical attack in Duma, near Damascus. Only days before the missile strikes, Defense Secretary James Mattis said that the U.S lacked the intelligence that Assad was responsible for the alleged chemical weapons attack. Mattis admitted that the U.S. was “still assessing the intelligence… We’re still working on it.”

Days after, however, the U.S. bombed three particular buildings that they claimed housed specific chemicals and chemical production equipment. That’s very precise, specific intelligence. Armed with that proof, why would the U.S. rush to bomb Syria? Why not take that intelligence to U.N. inspectors? Why not hand it over to the OPCW? Why not reveal the illegal Syrian clandestine chemical weapons program to the world?

Russian chemical weapons specialists who were on site found no trace of chemical weapon use. Neither did Red Crescent doctors who treated people. The OPCW inspectors might quickly have answered the question, but their access to the site was delayed by the United Nations department of Safety and Security.

The evidence for Assad’s chemical weapons attack on his own people came from rebel-affiliated and Western-financed groups like the White Helmets. The Trump administration has publicly offered nothing further as evidence despite the precise nature of their bombing. 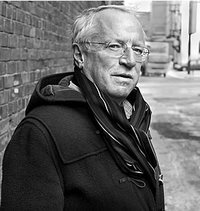 But investigative journalist Robert Fisk has offered something further. Fisk was the first western journalist to make it to Duma. Fisk heard from no local who knew of a chemical weapons attack. He heard a different version of the story in Duma than the one put out by the White Helmets and accepted by Trump.

The video of victims of chemical attack is real, but the interpretation is false. The suffering is real, but they are not suffering from chemical exposure. They are suffering from oxygen starvation. There was heavy shelling by government forces that night. But on this particular night, there were also strong winds and huge clouds of dust choked the tunnels and basements people were hiding in. The suffering people in the video were struggling from hypoxia, or oxygen starvation. Then a White Helmet “shouted ‘Gas!’” The panic, and the propaganda begun.

When Russia brought seventeen witnesses from Duma to The Hague to testify before the OPCW, the U.S., U.K., and France not only did not listen to the evidence, they boycotted the event. The witnesses from Duma supported the story that Fisk had heard. Each witness was either a victim of that night’s events or a doctor who treated them. Some of the victim witnesses even show up in the White Helmet videos. They all said that there had been no chemical attack: they were sucking in dust, not gas.

The OPCW has verified that Syria has no chemical weapons. The United States and its allies accepted the word of a biased and unreliable source over the OPCW verification team with no additional evidence. They then bombed Syria before they gave the OPCW inspectors a chance to return to Syria. Trump invested in the word of the White Helmets – a group with a significant interest in pinning a chemical weapon attack – over the word of the OPCW, wanting the U.S. to intervene militarily on their side.

So what does North Korea understand from this? The North Koreans could learn two things. The first is to be wary of signing deals with America. Both Syria and Iran gave up their programs only to have Trump and America ignore verification of their compliance in favor of biased sources and turn on them: in Syria with bombs and in Iran with pulling out of the JCPOA. How can North Korea confidently agree to give up its only deterrence against American aggression with no assurance that the U.S. will honor a agreement?

The second lesson North Korea could draw from Iran is that, though you may not be able to trust that you can profit from signing an agreement, you can profit by holding off on signing it. In the book, Losing an Enemy, Trita Parsi argued that the difference between sanctions and nuclear escalation is that the former is finite and the latter is not. North Korea knows, as Iran did before, that America will eventually run out of things to sanction. But North Korea will not run out of uranium to enrich or missiles to test. North Korea can outlast the United States unless the United States is really prepared to go to war.

Trumps bombing of Syria and pulling out of the JCPOA with Iran can only reinforce North Korean anxiety that they can’t trust Trump and the U.S. to honor any nuclear disarmament agreement, much as the world needs it.

A version of this article was first published at AntiWar.com.

Ted Snider has a graduate degree in philosophy and writes on analyzing patterns in U.S. foreign policy and history.

26 comments for “The Meaning of Verification in Iran, Syria and North Korea”