The Winter Olympics concluded with two Russian athletes testing positive for banned substances. But the doping would have made little sense in terms of gaining a competitive edge, leading Rick Sterling to wonder who benefits?

Viewers of the 2018 Winter Olympics were offered a constant reminder of Russia’s supposed deviousness with the “OAR” – or Olympic Athlete from Russia – designation that Russian athletes competed under as a punishment for doping. The image of Russia being penalized for cheating fit in neatly with ongoing geopolitical narratives of Russia being blamed for election meddling in the United States and military aggression in Ukraine. 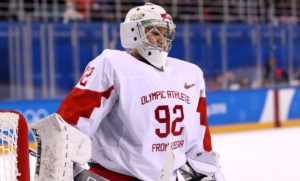 President Vladimir Putin had claimed earlier that the U.S. invented the doping allegations in an attempt to influence Russia’s March 18 presidential election, a position reiterated by Foreign Minister Sergey Lavrov who claimed that the U.S. had used its influence within the International Olympic Committee to “orchestrate the doping scandal.”

But despite these Russian claims, the image of Russia as a cheater were re-confirmed at the close of the Olympic Games when two additional Russians were caught using banned substances.

Yet, there is something very fishy about the Anti Doping Rule Violations (ADRVs) pinned on the Russian curler and Russian bobsledder during the final week of the Pyeongchang Winter Olympics.

It defies logic that an athlete would do a one-time consumption of a chemical that is of no value in circumstances where it is almost certain to be detected with huge negative consequences.

That is precisely the situation. The Russian Mixed Curling bronze medal winner, Alexander Krushelnitsky, had to forfeit his medal, plus that of his partner wife, because traces of meldonium were found in his urine sample. He had previously tested clean. Meldonium is a medication which helps keep the heart healthy by increasing blood flow.

That would be of no benefit in a sport like curling which requires accuracy, strategy and focus but is not taxing physically. The “sweeping” to help guide the rock down the ice lasts only 20 seconds or less. International curlers were astounded at the news and bemused at the idea of performance enhancing drugs (PEDs) for curling. The skip of the Danish curling team said “I think most people will laugh and ask, ‘what could you possibly need doping for?”

Krushelnitsky strongly denies taking banned drugs. “I am categorically opposed to doping. … never, at any time that I have been involved in sport, have I ever used prohibited substances.”

Similar curious circumstances apply in the second ADRV. Russian bobsledder Nadezhda Sergeeva had numerous negative (clean) tests before she was tested positive for banned trimetazidine. Bobsledding is another sport which requires physical and mental skill but not physical endurance.

In the February 25 IOC meeting to close the Pyeongchang Winter Games, the head of the IOC Implementation Group, Nicole Hoevertz, said the Russian athletes had been tested “more than any other athletes.” She and her group were convinced that the 168-member Russian athletic team was clean. At about 82:00 in the video, she says the two Russian doping violations were “so peculiar.”

She introduced the Director of the IOC Medical and Scientific Commission, Dr. Bludgett, to provide more detail. He suggested that meldonium would not be of benefit in curling. He then went further and suggested the ADRV regarding trimetazidine may be in error. He said trimetazidine “is a substance where there is a parent compound which is a common headache migraine treatment available particularly in China and Japan and if that is found then it is not considered an ADRV. And if there is a very low level, as there was in this case, that is a possibility.”

Sergeeva denies ever taking banned drugs and even went on social media with a T-shirt declaring her commitment to clean sport.

In summary, it seems highly unlikely that two different Russian athletes would intentionally take medications that have no benefit but which are almost guaranteed to be detected resulting in huge harm to them and their team.

Another possibility is that meldonium or trimetazidine powder was surreptitiously put in the food of the athletes. This one-time consumption would cause a positive test.

In fact there are forces on the international scene who are pleased that Russia has been battling defamation and charges of “state sponsored doping” for the past two years. They want the current denigration and punishments of Russia to continue, perhaps influencing Russia’s upcoming national election and undermining Russia’s hosting of the World Cup this summer.

One such group is the U.S. Central Intelligence Agency (CIA). The CIA has a long history of large and small criminal deeds. Presumably it would not be difficult for them to infiltrate Olympic facilities or bribe a corrupt individual to put traces of meldonium or another powder in someone’s food or drink.

Those who quickly dismiss this possibility probably also thought that Iraq had weapons of mass destruction in 2002. That was a false claim supported by evidence fabricated by the CIA.

It is well documented the CIA carries out murders, coups and major sabotage. The CIA has documented some of their methods in “The Official CIA Manual of Trickery and Deception”. They don’t just carry out assassinations and coups. In the book “In Search of Enemies”, former CIA officer John Stockwell documented how the CIA created a false story about Cuban soldiers raping Angolan women to defame Cuba.

Corrupt police forces sometimes plant evidence on a suspect they wish to convict. It would be essentially the same thing to get a Russian athlete to ingest spiked food or beverage. The CIA has motive and expressed intent:

In contrast with Russian leaders who call the US a “partner”, US officials increasingly call Russia an “adversary”. The latest US National Security Strategy explicitly says they intend to respond to Russia as an adversary: “ The United States will respond to the growing political, economic and military competitions we face around the world. China and Russia challenge American power, influence, and interests, attempting to erode American security and prosperity.”

Despite the lack of clear evidence, there is widespread belief that Russia “meddled” in the US election. The anti-Russia sentiment has been fanned into the exaggerated claim that the unproven Russian action was “an act of war, an act of hybrid warfare”.

Neoconservatives forces openly talk about “punishing” Russia. The former Deputy Director of the CIA, Michael Morrell, said, “We need to make the Russians pay a price.” He confirmed on public television that means killing Russians (and Iranians) in Syria. This is the 33-year veteran CIA leader who publicly campaigned for Hillary Clinton.

Did the CIA plant the doping evidence? We don’t know for certain but it should not be dismissed out of hand. The CIA has the means, opportunity and above all the motive to falsely implicate Russians in new doping cases with the goal of preventing Russia from getting beyond the international sporting sanctions and punishments.  They have done vastly more deceitful, manipulative, and outrageous things than this.

Unfortunately, Western media will not investigate this possibility. Western media cannot even accurately report on events like the IOC meeting yesterday. The fact that the head of the IOC Implementation Group warmly praised the Russian participation at the Pyeongchang Olympics is not mentioned in Western media.

The fact that Dr. Bludgett raised questions about the accuracy of the ADRVs against Russia is not mentioned in reports from New York Times, the Guardian or Inside the Games. Instead, the writer at Inside the Games once again exaggerated the voice of critics of Russia as he downplayed the voices of international athletes who want to put the doping scandal behind and move forward.

Western media bias is also shown in the focus on alleged Russian doping and minimization or ignoring of other possible violations. For example the story about the Norwegian cross-country ski team and their use of banned asthmatic medications. They get around the restrictions by having their doctor claim that most of their athletes are asthmatic. This situation is a result of the inconsistent rules and regulations. A Therapeutic Use Exemption (TUE) can be given to any athlete designated by a doctor and in secrecy. They are not required to publicly disclose this, giving incentive to corruption and misuse.

The World Anti Doping Agency (WADA) has also been biased. More than a year ago, their investigator Richard McLaren claimed “over one thousand Russian athletes benefited” from the alleged Russian conspiracy to cheat the ant-doping system. McLaren said the proof would be provided to the various sport federations. In September 2017 it was revealed that charges had been filed against 96 athletes.

Of these, WADA cleared 95 athletes of wrongdoing; only one athlete was proven to be in violation. More recently, the Court of Arbitration in Sport completely overturned the bans on 28 Russian athletes. In summary, it appears that McLaren’s accusation about “over one thousand athletes benefiting” was a huge exaggeration or fabrication.

Where Do Things Go From Here?

The IOC Executive Board has indicated they intend to lift the suspension of the Russian Olympic Committee if no more “anti doping rule violations” are found in the last batch of athlete samples from the Pyeongchang Olympics. The results are expected in a few days.

Another ADRV may appear. If so, that will greatly complicate the effort to reintegrate Russian athletics. Even if the final tests are all clean, those who oppose Russia will continue trying to delay or prevent the full integration of Russia within the world sporting community.

The former Moscow Laboratory Director Grigory Rodchenkov is the primary weapon in the campaign accusing Russia of “state sponsored doping.”

The Russians have been accused of trying to murder Rodchenkov. But if he suddenly dies one day, it is more likely to be by the CIA. At this point, Rodchenkov has done all the damage he can to Russian sports. The only thing he could possibly do is to recant or fall apart. His handlers have prevented him from appearing before the various committees looking into the accusations. At this point, Rodchenkov could be more valuable dead than alive. His death would be a powerful weapon to disrupt the normalization of relations with Russia.

In conclusion, going back to the Pyeongchang Olympics, there should be caution before assuming the guilt of the Russian athletes who received ADRVs. It makes no sense that two Russian athletes would take useless medications knowing they will be tested and found out.

The doping incident serves the interests of those in the West who seek more not less conflict and seek to weaken Russia through “hybrid” warfare. The CIA has the means, opportunity and motive, as well as the experience and history.

If this is true, it’s another example of the dangerous descent in international relations. The Olympics movement has the goal of fostering peaceful relations. The sad truth is there are forces who want to prevent that. They prefer to demonize and divide in a quest for economic and geopolitical supremacy over “adversaries.” International sports is just another arena for them.

Rick Sterling is an investigative journalist based in the San Francisco Bay Area. He can be reached at rsterling1@gmail.com.

← Growing Risk of U.S.-Iran Hostilities Based on False Pretexts, Intel Vets Warn
Resisting Calls to ‘Do Something’ About Syria →

80 comments for “Who Benefits from Russia’s ‘Peculiar’ Doping Violations?”