President Trump and his team stress the positive about their response to Hurricane Maria’s devastation of Puerto Rico, but people are dying because the island’s health care system remains crippled, reports Dennis J Bernstein.

More than two-and-a-half weeks after Hurricane Maria devastated Puerto Rico, the U.S. territory continues to face a humanitarian crisis with people lacking basic needs, such as food, clean water, electricity and medical supplies. Doctors say they don’t have what they need to save lives, with unnecessary deaths occurring especially among the elderly, the infirm and those on respirators and other kinds of electronic life support systems.

The island’s healthcare system remains hobbled with about 80 percent of the island without electricity and cell phone service. Many residents also lack potable water. 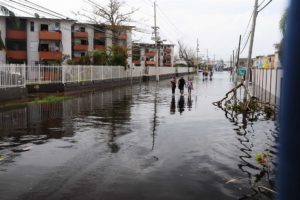 Meanwhile, residents of the island of Vieques, which was used as a bombing range by the U.S. military for decades, face the added fear of the toxic military waste that has been churned up and may have been spread around and released into the local environment by the high winds and heavy rains from the hurricane.

I spoke on Oct. 6 with Attorney and Human Rights Activist Judith Berkan, who has lived in San Juan for decades, about the tragic and deadly situation that remains for tens of thousands of Puerto Ricans.

Dennis Bernstein: First of all, what can you tell us about the aid situation?

Judith Berkan: The situation continues to be extraordinarily bad. The first week or week and a half after the storm there was basically no distribution of aid. Communities, however, were coming together, displaying typical Puerto Rican solidarity.

But we need additional aid. We need things like the FEMA tents, which have arrived on the island but have not been distributed. Many people have lost their homes, but even those who still have their homes cannot stay there because the aid is not there. It is really a problem of distribution. There are communities that have never seen a federal person yet.

Although the water has receded in most parts of San Juan, there is an extraordinary amount of debris around and a large number of mosquitoes, which has created a public health problem. Only about ten percent of the population have electricity. In mountain communities there is absolutely no distribution. It is clear that there has not been a commitment to really deal with this crisis.

There have been stories about there being 9,000 containers at the port a couple days ago. Some of that has gotten out, not a lot. It is going to FEMA distribution centers and then from there to get to the community it really depends on community initiative.

Dennis Bernstein: Could you describe for us everyday life there on the island?

Judith Berkan: When you try to communicate with someone, you never know if you are getting through. The first few days, if you wanted to get gas you had to wait in line for eight or ten hours. The ATM machines are still pretty hard to get to. Everything takes ten times longer. People in isolated areas have to walk for hours to get to a grocery store and when you get there, there is not a lot available. The gas problem has been considerably resolved.

Health issues are dramatic. The hospitals don’t have diesel for their generators, you can’t get prescriptions filled. There is still fecal matter in the water in people’s homes. It is a pretty dire existence and the long-term health effects are going to be dramatic.

Dennis Bernstein: Could you talk a little about President Trump’s latest insult to the Puerto Rican people?

Judith Berkan: It was racist and arrogant. It is very hard to describe how that was received in Puerto Rico. It started with his tweet that the Puerto Rican people were just waiting for things to be done for them. Then he comes here and says this is not a real catastrophe. When you compare the federal response to that in Florida and Texas, it is hard not to see racism on the part of the government.

Dennis Bernstein: Do the people there have any say in how the island will be reconstructed?

Judith Berkan: For a long time now, we have been resisting the gentrification of the entire island and an economic model designed for the pleasure of outsiders. We need people in the United States on a more macro level to support our community efforts to resist gentrification.

We are very afraid that relief money will go toward policies of privatization and displacement of people from their ancestral homes. We are demanding from the federal government more relief effort and more control of this relief by the people of Puerto Rico. 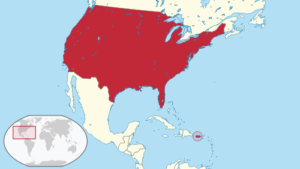 For the last year we have been under the yoke of the Fiscal Control Board, which has the power to reverse fiscal decisions made by the government. For example, the decision as to whether we should pay off a bondholder or make sure a school stays open. Another power of the board is infrastructure projects. They locate public assets, whether they be forests or buildings, and put them up for sale.

Our great fear now is that the money that is coming in will not be used for the benefit of the Puerto Rican people but to contribute to this privatization model.

Dennis Bernstein: I would like to get your response to the confrontation between the mayor of San Juan and President Trump.

Judith Berkan: The mayor did the right thing in focusing attention on what was really going on here. What she was saying was what we were all feeling. And the response from Trump was both racist and misogynist. Here was a small but strong Latina woman basically speaking truth to power and the response was outrageous and hurtful. While you may hear of Puerto Rican politicians who are Democrats or Republicans, the distinction is irrelevant to local politics. This is not a partisan maneuver against Trump.

Dennis Bernstein: As someone who would like to see the island be for the people, what would you like to see happen in the short run and then long-term?

Judith Berkan: I have lived in Puerto Rico for forty years. This is an incredible people. If we organize on a community level, this could be a new beginning for us. We can reconstruct but the funds have to be here and we have to be in control. We have an opportunity to redirect our usage of land, to work toward community land ownership. We must redirect our use of power sources, moving from coal to solar power.

Beyond that, we have to take the yoke of colonialism off our backs, whether that means independence or federation with other Caribbean states. As the economic models have been imposed through the Caribbean, they have devastated the region. Decisions have to be based on the needs of the Puerto Rican people rather that the needs of colonial power.

We are very thankful here for the outpouring of support. We really appreciate that people are paying attention to Puerto Rico. This a long, ongoing struggle and it will continue for many years to come. It is important to have your support.

← A Silenced Israeli Critic
Catalonia and the ‘Europe of Regions’ →