War criminals and sociopaths often have a “human side” that can obscure how heinous their actions are, as in ex-President George W. Bush’s budding career as an artiste, writes William Blum.

A few years ago, when George W. Bush came out as a painter, he said that he had told his art teacher that “there’s a Rembrandt trapped inside this body.” Ah, so Georgie is more than just a painter. He’s an artiste.

And we all know that artistes are very special people. They’re never to be confused with mass murderers, war criminals, merciless torturers or inveterate liars. Neither are they ever to be accused of dullness of wit or incoherence of thought or speech.

Artistes are not the only special people.

Devout people are also special: Josef Stalin studied for the priesthood. Osama bin Laden prayed five times a day. And animal lovers: Herman Goering, while his Luftwaffe rained death upon Europe, kept a sign in his office that read: “He who tortures animals wounds the feelings of the German people.”

Adolf Hitler was also an animal lover and had long periods of being a vegetarian and anti-smoking. Charles Manson was a staunch anti-vivisectionist.

And cultured people: This fact Elie Wiesel called the greatest discovery of the war: that Adolf Eichmann was cultured, read deeply, played the violin. Mussolini also played the violin. Some Nazi concentration camp commanders listened to Mozart to drown out the cries of the inmates. 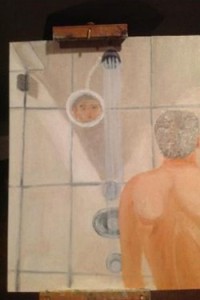 Former Bosnian Serb politician Radovan Karadzic, convicted by the International Criminal Tribunal for the former Yugoslavia for war crimes, genocide, and crimes against humanity, was a psychiatrist, specializing in depression; a practitioner of alternative medicine; published a book of poetry and books for children.

Members of ISIS and Al Qaeda and other suicide bombers are genuinely and sincerely convinced that they are doing the right thing, for which they will be honored and rewarded in an afterlife. That doesn’t make them less evil; in fact it makes them more terrifying, since they force us to face the scary reality of a world in which sincerity and morality do not necessarily have anything to do with each other.

William Blum is an author, historian, and renowned critic of U.S. foreign policy. He is the author of Killing Hope: U.S. Military and CIA Interventions Since World War II and Rogue State: A Guide to the World’s Only Superpower, among others. [This article originally appeared at the Anti-Empire Report, http://williamblum.org/ .]

55 comments for “The ‘Human Side’ of War Criminals”