With remarkably little public debate, the U.S. government has raised the risk of a nuclear conflagration with face-offs against Russia and now North Korea, an existential issue that Dennis J Bernstein discusses with journalist John Pilger.

Emmy-Award winning filmmaker John Pilger’s latest film, The Coming War on China, deals directly with the new projection of U.S. power into Asia, as well as the toll U.S. aggression has already taken on the people of the region. 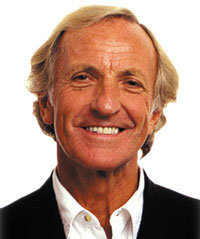 Pilger started his career as a war correspondent in Vietnam and has been a strong critic of U.S. aggression in Asia ever since as he twice won Britain’s Journalist of the Year Award. I spoke to Pilger on August 8 about the dangers from the current face-off between the U.S. and North Korea.

Dennis Bernstein: John Pilger, your new piece is called “On the Beach 2017: The Beckoning of Nuclear War.” Could you give a little context to that title?

John Pilger: I read Nevil Shute’s novel On the Beach for the first time recently. It came out in 1959 and is about the aftermath of nuclear war. Actually, it isn’t about war as such. It is about a great silence. At the front of the book, Shute quotes T.S. Eliot, who wrote “When it happens it will be not with a bang but with a whimper.” The novel is about the last US warship to survive, a submarine. The rest have all gone. The northern hemisphere is completely radioactive. The submarine heads south to Australia but is being followed by this closing blind of radioactivity. It is about a community in Australia that attempts to come to grips with the fact that the radioactivity is coming and will be there by September and that will be the end.

It is an astonishingly moving book, and I happened to read it just as the US Congress nearly unanimously voted in favor of sanctions against Russia–in effect, for an economic war with Russia. These sanctions are so provocative, so unjustified, so wrongheaded. There is a cynical side to them because they are really directed against Europe, against Germany, which is dependent upon Russian natural gas.

But these sanctions really are a declaration of war on the second biggest nuclear power in the world. In Shute’s novel, the characters are unsure of how the war started, they think it was a mistake or accident and that the US, Russia and China were involved. Everyone is very unclear about what ended life on the planet.

The prospect of nuclear war is still a great abstraction. It is beyond most people’s imagination. But our imagination had better catch up pretty soon, when we see outrageous provocation such as this from the US Congress. These sanctions include the end of the Intermediate Range Nuclear Weapons Treaty signed by Reagan and Gorbachev, which marked the end of the Cold War. Bush II knocked out most of the treaties with Russia. This was a very important one and there you find it, buried in the sanctions. It is gone.

DB: Trump was clearly not in favor of these sanctions. While many want to believe that the reason he wouldn’t support these sanctions is because of his business ties with Russia, these business connections seem like our last hope for detente.

JP: This requires some thinking on the part of people. I am sorry if this sounds patronizing but people have just got to give up some of their beloved assumptions. The obsession with Trump is understandable.

Trump is an odious human being, we know that. But there is only one thing he has really been consistent about and that is not wanting a war with Russia. He almost parallels Ronald Reagan in that. In the end, Reagan didn’t want to have war with Russia. This legislation absolutely ends the prospects for peace.

DB: We now have Washington pundits telling us that we have to think about a first strike against North Korea before they strike us.

JP: Once you have a first strike, that’s it. This THAAD system in South Korea is so dangerous because it invites the Chinese to strike it so that it doesn’t happen to them when they try to respond. There is a kind of sleepwalking element to all of this. I am not an alarmist person but I am very alert to something like this.

In my film The Coming War on China, we have the testimony of a member of a US Air Force missile crew based on Okinawa during the time of the Cuban missile crisis. He and his crew were given orders to fire their nuclear-tipped missiles. Fortunately, a very acute junior officer refused to follow the order, but that is how close it got in 1962. There have been other incidents since. Now we are pretty well back to something like that. Perhaps not on a day-to-day basis but on a more insidious basis. 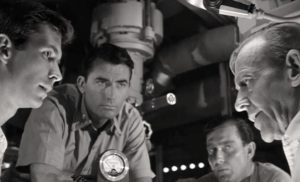 Gregory Peck in a scene from the 1959 movie, “On the Beach,” the story showing how a nuclear war ended life on the planet.

DB: You write in your latest piece (“On the Beach 2017: The Beckoning of Nuclear War”): “They have encircled Russia and China with missiles and a nuclear arsenal. They have used neo-Nazis to install an unstable, aggressive regime on Russia’s borderland [Ukraine], through which Hitler invaded Russia and caused the death of some 27 million people. Their goal is to dismember the modern Russian Federation.” How do you see this moving forward?

JP: This was illustrated quite clearly during the immediate post-Soviet years, when we were subverting and seeking to control Russia. The effect on Russia was dramatic. The fabric of the old Soviet Union was torn up, in a way similar to how the Chicago Boys went into Chile. It makes the whole question of the Russians interfering in the US election so absurd. It was quite clear during that period that the aim was to divide and control Russia. That is always the aim of imperial states.

Vladimir Putin has incurred the wrath of our “betters” in the West basically because he made Russia independent again. That has been his great crime, actually. That is the test for countries that become enemies. The reason we are getting so much media coverage of Venezuela is that they are independent. I make this general point to explain why I think that the goal here is to divide. But we are talking about Russia here, not Venezuela. We are talking about the second most lethal nuclear power on earth. China was cut up into many pieces during what they still refer to as “the century of humiliation.” The Chinese have no intention of allowing this to be repeated.

DB: One of the most chilling parts of your piece is when you quote the admiral commanding the US Pacific fleet who said that, if required, he would nuke China.

JP: Two-thirds of US naval forces are now in the Pacific as part of the so-called Asian Pivot that President Obama initiated. He was speaking in Australia, where US forces had just completed a huge military exercise. One of the features of this exercise was to rehearse blocking the Malacca Strait and the South China Sea, through which most of China’s trade passes. The fact that this senior admiral would say such a thing publically at this very tense moment in time is pretty breathtaking.

The lie that Hiroshima was nuked in order to end the war was demonstrated by the dropping of the second bomb on Nagasaki. The bombings were both experimental and they were a very clear warning to the Soviet Union not to enter Japan at the end of the war. They were the first terrible shots of the Cold War.

DB: They were obviously testing these new weapons. One was plutonium and the other uranium. There is still a battle over the incredible amount of footage that was taken by the US to document the effects of these two bombs. These were clearly testing grounds.

JP: Interestingly, most of the actual footage taken by the US itself was not released until 1968. But a great deal of the archive footage of Hiroshima and especially Nagasaki has never been released.

People in power seem to have a kind of weird fascination with nuclear weapons, partly because of their apocalyptic nature. Sometimes when you hear a higher-up in the military open his mouth the way the admiral did the other day, you realize that these people do exist.

DB: What makes me really nervous is that Obama oversaw the largest weapons build-up ever and they are always looking for a war to test these weapons out.

JP: Yes, and Obama was awarded the Nobel Prize in part because he said that he was committed to getting rid of nuclear weapons. In fact, the Obama administration has committed the United States to spending about a trillion dollars over the next ten years developing nuclear weapons.

JP: To progressives, I would just say, politics isn’t a game. It isn’t just about oneself, it is about all of us. Whatever issues you think are important, to yourself or your group in isolation, in the end we have to think beyond that. We have to think in a communal way. These sanctions that Congress has pushed through without any opposition in the streets! All those people were out protesting Trump’s inauguration. Where were they when Congress was pushing through this lethal legislation?