Exclusive: The New York Times is so determined to generate hate against Russia that it has lost all journalistic perspective, even portraying Russia’s military decoys – like those used in World War II – as uniquely evil, writes Robert Parry.

If the dangers weren’t so great – a possible nuclear war that could exterminate life on the planet – The New York Times over-the-top denunciation of all things Russian would be almost funny, like the recent front-page story finding something uniquely sinister about Russia using inflatable decoys of military weapons to confuse adversaries.

The Oct. 13 article, entitled “Decoys in Service of an Inflated Russian Might,” was described as part of a series called “DARK ARTS … How Russia projects power covertly,” suggesting that the nefarious Russians aren’t to be trusted in anything even in the case of “one of Russia’s lesser-known military threats: a growing arsenal of inflatable tanks, jets and missile launchers.”

The bizarre article by Andrew E. Kramer, one of the most prolific producers of this anti-Russian propaganda, then states: “As Russia under President Vladimir V. Putin has muscled its way back onto the geopolitical stage, the Kremlin has employed a range of stealthy tactics. … One of the newer entries to that list is an updating of the Russian military’s longtime interest in operations of deceit and disguise, a repertoire of lethal tricks known as maskirovka, or masking. It is a psychological warfare doctrine that is becoming an increasingly critical element in the country’s geopolitical ambitions.”

What is particularly curious about Kramer’s article is that it takes actions that are typical of all militaries, going back centuries, and presents them as some special kind of evil attributable to the Russians, such as Special Forces units not dressing in official uniforms and instead blending in with the surroundings while creating deniability for political leaders.

American and European Special Forces, for instance, have been deployed on the ground in Libya and Syria without official confirmation, at least initially. Sometimes, their presence is acknowledged only after exposure because of casualties, such as the death of three French soldiers near Benghazi, Libya, in July.

Indeed, one could argue that the United States has excelled at this practice of stealthily entering other countries, usually in violation of international law, to carry out lethal operations, such as drone assassinations and Special Forces’ strikes. However, rather than condemning U.S. officials for their sneakiness, the Times and other mainstream Western publications often extol the secrecy of these acts and sometimes even agree to delay publication of information about the covert attacks so as not to jeopardize the lives of American soldiers.

The U.S. government also has built extensive propaganda operations around the world that pump out all sorts of half-truths and disinformation to put U.S. adversaries on the defensive, with the American financial hand kept hidden so the public is more likely to trust the claims of supposedly independent voices.

Much of that disinformation is then promoted by the Times, which famously assisted in one major set of lies by publishing a false 2002 front-page story about Iraq reconstituting its nuclear weapons program as a key justification for the U.S.-led invasion in 2003. Yet, the Russians are called out for activities far less egregious than what the U.S. government – aided and abetted by the Times – has done.

You could even view the Times’ article citing inflatable weapons as proof of Moscow’s perfidy as itself an example of another U.S. psychological operation along the lines of the Times’ article accusing Iraq of obtaining aluminum tubes for nuclear centrifuges, when the tubes were actually unsuited for that purpose. In this new case, however, the Times is heating up a war fever against Russia rather than Iraq.

Yet, as in 2002, this current psy-op is not primarily aimed at a foreign adversary as much as it is targeting the American people. The primary difference is that in 2002, the Times was helping instigate war against a relatively small and defenseless nation in Iraq. Now, the Times is whipping up an hysteria against nuclear-armed Russia with the prospect that this manufactured outrage could induce politicians into further steps that could lead to nuclear conflagration.

As German Foreign Minister Frank-Walter Steinmeier wrote in a recent opinion piece, the current tensions between Washington and Moscow are “more dangerous” than during the Cold War.

“It’s a fallacy to think that this is like the Cold War,” Steinmeier wrote. “The current times are different and more dangerous” because there were clear “red lines” during the Cold War where the rival nuclear powers knew not to tread.

Though Steinmeier, as a part of the NATO alliance, puts most of the blame on Moscow, the reality is that Washington has been the prime instigator of the recent tensions, including pressing NATO up to Russia’s borders, supporting an anti-Russian putsch in neighboring Ukraine, and helping to arm rebel groups fighting in Syria alongside Al Qaeda’s affiliate and threatening Russia’s allied Syrian government.

Further feeding Russia’s fears, prominent Americans, including at least one financed by the U.S. government, have called for a “regime change” project in Moscow. Yet all Americans hear about is the unproven allegation that Russia was responsible for hacking into Democratic Party emails and exposing information that former Secretary of State Hillary Clinton has tried to keep secret, such as the content of her speeches to Wall Street investment banks and other special interests. 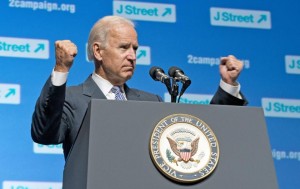 Vice President Joe Biden has announced Washington will retaliate with some information-warfare strike against Moscow. But the reality is that the U.S. government, working hand-in-glove with the Times and other mainstream American publications, has been waging such an information war against Russia for at least the past several years, including promotion of dubious charges such as the so-called Magnitsky case which was largely debunked by a courageous documentary that has been virtually blacklisted in the supposedly “free” West.

The Times also has embraced the U.S. government’s version of pretty much every dubious claim lodged against Moscow, systematically excluding evidence that points in a different direction. For instance, regarding the shootdown of the Malaysia Airlines Flight 17 over eastern Ukraine on July 17, 2014, the Times ignored a published Dutch (i.e. NATO) intelligence report stating that the only powerful anti-aircraft missiles in the area capable of hitting MH-17 were under the control of the Ukrainian military.

While it may be understandable that the Times opts to embrace claims by a Ukrainian-dominated investigation that the Russians were responsible – despite that inquiry’s evidentiary and logical shortcomings – it is not journalistically proper to ignore official evidence, such as the Dutch intelligence report, because it doesn’t go in the preferred direction. If the Times were not acting as a propaganda vehicle, it would at least have cited the Dutch intelligence report as one piece of the puzzle.

The Times’ relentless service as the chief conveyor belt for anti-Russian propaganda has drawn at least some objections from readers, although they are rarely acknowledged by the Times.

For instance, Theodore A. Postol, professor emeritus of science, technology, and national security policy at the Massachusetts Institute of Technology, tried to lodge a protest with the Times’ editors about the “inflatable weapons” story.

In the email, a copy of which he forwarded to me, Postol wrote: “This article is a very good example of the misleading foreign policy reporting that has unfortunately become a hallmark of the New York Times.

“The complete lack of sophistication of this article, coupled with the implication that the use of such decoys is somehow an indication of a Russian cultural bias towards deception is exactly the kind of misleading reporting that cannot possibly be explained as a competent attempt to inform Times readers about real and serious national security issues that we are today facing with Russia.” 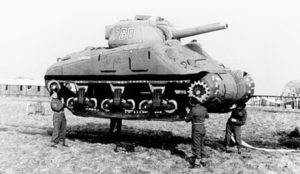 An inflatable tank used by Allies in World War II to deceive German intelligence regarding the location of military forces.

Postol attached to his email a series of photographs showing decoys that were used by the Allies during the Battle of Britain and the D-Day invasion. He noted, “There is a vast popular literature about this kind of deception in warfare that is available to even the most unsophisticated nonexperts. It is simply unimaginable to me that such an article could be published in the Times, yet alone on the front page, if the oversight mechanisms at the Times were properly functioning.”

Postol, however, assumes that the editorial system of the Times wishes to provide genuine balance and context to such stories, when the pattern has clearly shown that – as with Iraq in 2002-2003 – the Times’ editors see their role as preparing the American people for war.