The 9/11 attacks opened a bloody chapter of American history, “justifying” U.S. attacks on multiple countries but not on the one most connected to the terrorism, U.S. “ally,” Saudi Arabia. Why is that, asks Lawrence Davidson.

On Nov. 27, 2002, a bipartisan commission was established by Congress to investigate the Sept. 11, 2001 attacks on the World Trade Center and Pentagon. By the time the commission was created, President George W. Bush had characterized the attacks as “acts of war,” adding that “freedom and democracy are under attack.” It was therefore to be expected that anyone who was actually, or even imagined to be, involved in these attacks was going to be labeled as an enemy.

However, when on July 22, 2004, after two years of investigation, the 9/11 Commission’s report was released, something was missing. Twenty-nine pages – commonly known as the “28 pages” – had been withheld from publication. These pages specifically discussed the connections between the 9/11 hijackers and individuals working in the U.S. for the government of Saudi Arabia.

The withholding from publication of these specific pages was apparently ordered by the same George W. Bush who was ostensibly willing to confront anyone who would, in his worldview, threaten the U.S. – “Bring ’em on!”

For the next 12 years, that is, between July 2004 and July 2016, the 29 pages remained “classified” and therefore unavailable to the public or the press. They were available to members of Congress if they would travel to a “secure location,” one person at a time, to read the document. They could take no notes nor reveal to anyone what they learned.

So what was going on here? According to former Sen. Bob Graham, D-Florida, a long-term advocate of declassifying the pages, what all these years of suppression came to was a “carefully orchestrated campaign to protect our Saudi “‘friends,’” from the public revelation of “ample evidence of Saudi Arabia’s intimate ties to al-Qaeda and the 9/11 attacks.”

If Graham is correct, Saudi Arabia received a free pass despite being involved in acts of war against the United States.

How was this possible? Well, consider the following: there exists a long-standing commercial relationship and personal friendship between the Bush clan and the Saudi royal family. Even more important, Saudi Arabia has long managed the oil market to keep prices in the West at affordable levels.

Presently, the Saudis have hundreds of billions of dollars invested, in various ways, in the United States (the exact figure is kept secret).These include stocks, bonds, real estate and currency holdings. And finally, Saudi Arabia is the top purchaser of U.S. weapons, periodically buying as much as $60 billion worth of armaments at a time from U.S. defense contractors.

This puts Saudi Arabia in a very strong economic position in relation to the United States. Consider the hypothetical consequences of a rapid withdrawal of Saudi funds from the U.S. At the very least this would send the stock market into a tailspin. The U.S. would be forced to freeze Saudi assets, and not only the American and Saudi economies would suffer, but the world economy as well.

The Saudis have been known to assert what can only be called economic blackmail against the U.S. government to hide embarrassing facts about themselves, including their dealings with terrorist groups ranging from off-shoots of Al Qaeda to ISIS. They can and do argue that if Saudi agents do at times act against U.S. interests, even to the point of aiding terrorists, they do so as rogue agents and not under the authority the central government. The problem is that, just like America’s “rogue” agents, they never seem to suffer punishment.

The government of Saudi Arabia has gathered together in Washington, D.C., a broad coalition of lawyers, public relations firms, and ex-diplomats-turned-lobbyists that collectively function as a Saudi special interest group.

It is through the leverage applied by this lobby that the 29 pages of the 9/11 Commission report stayed below the radar for 12 years. This happened even while the official Saudi line was that that country had nothing to hide and would welcome the publication of the pages.

Finally, Barack Obama, drawing near to the end of his presidency, decided to declassify the document. It is possible that he and his advisers, in consultation with the Saudis, had come to the conclusion that after all these years, the U.S.-Saudi relationship could weather any belated disturbance that might result.

Thus, on July 15, 2016, the 29 pages were made public. Now anyone can read them. Or can they? Many of the sites at which they were initially posted strangely going blank.

For all the good it might now do, it turns out that Sen. Bob Graham was right. At least two Saudi individuals (Omar al-Bayoumi and Osama Basnan) working for the Saudi government possibly as “intelligence agents” gave financial aid and other assistance (including identifying flight schools) to at least two of the hijackers soon after they arrived in the U.S.

Al-Bayoumi is the prime conduit here. The amount of money he was receiving from the Saudi government went up substantially the same month he began aiding the hijackers and then was reduced by the same amount once he and the hijackers parted company. Al-Bayoumi left the U.S. one month prior to the 9/11 attacks. A full reading of the 29 pages indicates that this is just the tip of the proverbial iceberg.

The Saudi government has put out a reply to the release of the 29 pages. It declares that since 2002, U.S. government agencies, including the CIA and the FBI, have investigated the allegations and established that no one “acting on behalf of the Saudi government provided any support or encouragement for these attacks.”

This statement is Riyadh’s effort to obfuscate matters. It goes hand-in-hand with the weak response of CIA Director John Brennan, who has said that the recently declassified allegations have not been “vetted” (established as true or false) and fail to prove that the Saudi government “as an institution” was involved in 9/11.

There are troubling contradictions here. If, as the Saudis say, a thorough investigation of the allegations has been carried out, what is with Brennan’s claim that the information in the 29 pages has not been “vetted”? If the CIA and the FBI have not vetted the allegations, despite having 14 years to do so, how can Brennan so readily exonerate Saudi Arabia? Only the gullible, the ignorant, or the indifferent would see this as adequate.

The Saudis are not the only “ally” that has committed acts of war against the United States and then, with the help of lobby power, got the actions covered up. The other, equivalent miscreant is Israel, which in recent years has rendered assistance to al-Nusra, Al Qaeda’s affiliate in Syria. 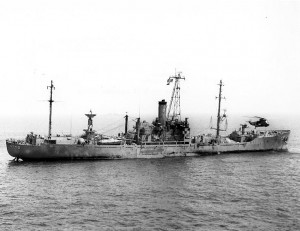 Perhaps more significantly, on June 8, 1967, Israeli forces knowingly attacked the U.S. Intelligence ship Liberty ostensibly because it had picked up information of a pending unprovoked Israeli attack on Syria’s Golan Heights. The resulting combined sea and air attack on the Liberty killed 31 Americans and wounded 171.

In this incident the role as protector of a foreign enemy was played by President Lyndon Johnson. He was a great admirer of the Israelis, whom he likened to the early U.S. settlers of his native Texas. This admiration was so great that he actually ordered the rescue flight of U.S. military jets coming to the aid of the wounded ship to turn around and return to base.

Even though numerous naval officials were never satisfied with the Israeli explanation (it was all a mistake) or the obviously superficial investigations carried on by both sides, much of the vital material remains classified and Congress refuses to revisit what was, after all, an act of war.

As I have said many times, the United States is not a democracy of individual citizens. It is a nation of competing interest groups – including foreign ones who have hired themselves Washington lobbies. It is also clear that powerful interest groups can, quite literally, get away with murder. How is this in the American national interest?

Those of you reading this who are American citizens might put the question to your congressional representatives and senators. Let me know if you happen to get a serious response.