The U.S. and Israel stand apart from most of the developed world as modern societies awash in guns with powerful forces overriding large numbers of citizens, even majorities, alarmed at the rates of violence, writes Lawrence Davidson.

Here is the question: What two “modern” societies have cultures that allow and even idealize the possession of guns? Answer: the United States and Israel.

In the U.S., there are 88 guns floating around for every 100 people, which comes to about 300 million of these weapons in circulation. This includes military-style assault weapons, of which it is estimated there are about 3.75 million in private hands. This state of affairs makes the U.S. the most weaponized modern society on the planet. 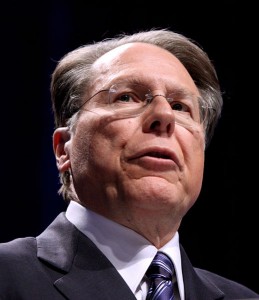 We are here referring to a rather fanatical, though culturally decisive, minority who define freedom as, first and foremost, the right to “pack” a firearm or two, or ten, ad infinitum. They errantly believe that somehow owning a gun (almost any gun) is “a birthright and an essential part of the nation’s heritage.” They expend much energy on misinterpreting the Second Amendment of the Constitution so as to allegedly prove their point. In other words, for these folks, being armed with a gun is a cornerstone of American culture.

Isn’t this somehow a corruption of the democratic process? Shouldn’t that process demand that, in matters of national security (and this certainly is such a matter), the safety of the vast majority should prevail?

Unfortunately that is not the American way of democratic politics. In truth, the U.S. is not a democracy of individual citizens, but rather one of competing interest groups. The interest group that is the NRA is better funded and more politically influential than its opponents, and so, in the matter of gun legislation, it wins. And this is so despite the fact that its victories make society much more dangerous than it ought to be.

The NRA is in total denial of the fact that, ipso facto, to be armed is to be dangerous. They illogically deny that there is any connection between the publicly held 300 million firearms in the country and the fact that the U.S. has the highest gun-related homicide rate in the “developed” world.

You can find higher rates of gun-related murder, but you have to go to places like Honduras and El Salvador to see them. Indeed the best the NRA can do in the face of the deadly mayhem for which it is at least indirectly responsible, is the statement by Wayne LaPierre, the organization’s executive vice president, who has declared that “the only thing that stops a bad guy with a gun is a good guy with a gun” – an absurdly simplistic assertion leading to the conclusion that what the nation needs is more guns and not fewer.

While the U.S. has evolved a self-destructive gun culture, it is not unique among the “modern” nations. There is also America’s “partner” in so much that is violent, Israel. It is hard to know how many guns are loose among the Israeli Jewish population. I remember that the first time I went to Israel, back in the early 1970s, it seemed that everyone, both men and women, was draped with military assault rifles. In later trips these became less evident but that does not mean less available.

Near universal military service, followed by enlistment in the active reserves, means that most Jewish citizens over 18 have access to a gun. Some Israelis would qualify this assertion by pointing out that, unlike the U.S., Israel has “strict gun regulations,” including a ban on assault weapons. In addition, “a person must also show genuine cause to carry a firearm, such as self-defense.”

But Israel is a chronically insecure place due to its expansionist policies and oppression of Palestinians. So “self-defense” is in the forefront of a great majority of Israeli minds.

According to Liel Leibovitz, writing in the magazine Tablet, “It doesn’t take much of an expert to realize that these restrictions, in and of themselves, do not constitute much by the way of gun control.” Every Israeli Jew can justify wanting a gun and many possess them.

So why don’t we hear about killings in Israel similar to those in the United States? Well, it is not for the misleading reasons offered by Liel Leibovitz in his Tablet article: that Israelis are more responsible gun owners and, as a nation, Israel does a better job treating disturbed, potentially violent, individuals.

As to this last assertion, Leibovitz fails to account for the significant number of armed Israeli fanatics running loose in the country’s illegal settlements. The truth is that we in the U.S. do often hear of the Israeli version of gun-related rampages. Unfortunately, most Americans don’t recognize in these reports the same sort of chronic murder we have generated here at home.

While Americans most often use their guns on each other, the Israelis primarily use their guns on Palestinians. The result is the daily harassment, injury and murder of an entire ethnically specific population by Israeli soldiers, police, settlers and other armed civilians. As a result over 9,000 Palestinians have been killed and over 73,000 injured since 2000.

This is reported to the world as acts of self-defense on the part of Israelis. But is it? Such an assertion is hard to sustain when one sees the lopsided kill and injury ratio between Palestinian and Israeli victims. Indeed, the numbers averaging around 33 to 1, suggest ongoing collective punishment against Palestinians audacious enough to resist Israeli occupation.

Both the U.S. and Israel have historically rooted gun cultures. Perhaps this is because both societies matured against the backdrop of territorial conquest, delusions of racial superiority, and near-genocidal treatment of indigenous populations.

This sort of history has produced two related consequences: first, particularly among more conservative and traditionalist elements of the population, it has resulted in obsessive concerns with self-defense. Second, it has built up an association between the possession and use of deadly weapons and the image of the brave and independent citizen defending hearth and home.

These consequences are now underpinned by psychological states that are, apparently, impervious to counter-argument. Neither the NRA devotee nor the ardent Zionist is open to the proposition that their own ideas and actions have something to do with the dangers and insecurities they feel.

And, in both countries such fanatics seem to be politically dominant. That means all citizens of these two “modern” and “developed” societies, even those rational enough to understand what is going on, are stuck within gun cultures and the explosive cycles of violence they produce.

10 comments for “Awash in Guns and Bloodshed”