Despite a difficult history, Scotland and England have approached their modern differences within the democratic process with Scottish nationalists sweeping recent parliamentary elections but Israel has chosen cruel repression toward the Palestinians leading to a very different result, says ex-CIA analyst Paul R. Pillar.

One of the biggest story lines of this week’s election result in the United Kingdom was the success of the Scottish National Party, which greatly increased its representation at Westminster by winning 56 of the 59 parliamentary seats in Scotland. Had the Labour Party won a plurality, the SNP very likely would have been a critical part of Labour’s support, whether inside or outside a governing coalition. As it is, the SNP will occupy a major share of the opposition benches, a position it will use to press issues of special interest to Scotland. 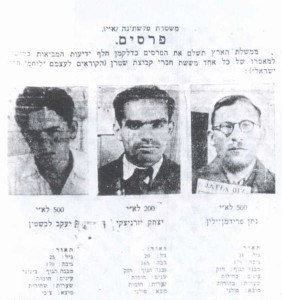 The SNP’s electoral success this week represents a continuation of a peaceful process of expressing Scottish nationalism and using political power to press the nationalist cause. Another major event in that process came last September with a referendum on Scottish independence. Enough Scots decided they would be better off remaining in the union for the “no” side to win that vote. But the referendum was the product of a negotiated agreement with the government in London, and there is every reason to believe that the government would be honoring the result if the outcome of the referendum had been different.

In short, Scottish nationalism, as well as the principle of self-determination, has been treated with respect by the English who hold most of the political power in Britain, notwithstanding how much most English may believe that sundering the United Kingdom would be a big mistake for everyone, or how much they may be annoyed by Scottish demands. And it is no accident that today the English do not live in fear of some Scottish terrorist group wreaking violence in the name of Scottish independence.

The British have had substantial experience with nationalist violence in lands under their control. Irish nationalism was a prominent example, first about a century ago involving the entire island of Ireland, and later in the form of terrorism by the Provisional Irish Republican Army centered on Ulster.

The first wave of violence ended with the negotiated establishment of an independent Irish Free State. The second wave ended with another negotiated accord, known as the Good Friday Agreement, that provided for power-sharing in Northern Ireland and is generally considered a success.

Between those two waves of Irish violence, Britain was beset by violence in Palestine, perpetrated most notably by Menachem Begin’s Irgun and an offshoot group, the Stern Gang, both of which conducted terrorist attacks in the name of establishing a Jewish state. Another future Israeli prime minister and one of the leaders of the Stern Gang, Yitzhak Shamir, modeled his efforts on the Irish resistance and adopted the nom de guerre “Michael” after the Irish nationalist Michael Collins.

Britain did not seek to cling to Palestine indefinitely and, especially after the exhaustion of World War II, was only too happy to dump the problem into the lap of the United Nations. But Britain was still the power that, as a legacy of a League of Nations mandate, controlled Palestine, and Begin’s and Shamir’s terrorists pressed their violent campaign against British targets notwithstanding Britain’s fight against Nazi Germany.

The Stern Gang was created by Irgun members who wanted to continue anti-British attacks even during the war, and Irgun itself resumed its attacks well before the end of the war.

There is a direct organizational line from Irgun to what became the Herut party and later evolved into Likud, the party that won the largest share of seats in the election two months ago in Israel, the only one of the two states, one Jewish and one Arab, provided for in the UN partition plan for Palestine that ever came into existence.

This week the Likud leader, Benjamin Netanyahu, finished assembling a new government just before his deadline for doing so. The government is if anything even more hard-line right-wing than Netanyahu’s previous government. That means continuation of the policy of rejecting Palestinian nationalism and trying to suppress it forcefully. And that means no prospect for ending the tragic story of Israeli-Palestinian violence and all the disruptive oscillations it spreads throughout the Middle East and beyond.

Likely to be particularly influential in keeping Israel on this violent course is the far-right Jewish Home party, which takes second place to no one in its determination to keep the occupied West Bank under Israeli control forever. Because Jewish Home was able to drive a hard bargain while Netanyahu was trying to stitch together enough of a coalition to get a bare majority in the Knesset, it got key ministries that will help it to prevent any deviation from its preferred policies regarding the territories.

One of those ministries is agriculture, which controls funding for settlements and will be headed by one of the most fervent Israeli proponents of expanding settlements in the West Bank. Jewish Home also is furnishing the justice minister, a notorious figure whose hateful anti-Palestinian statements have bordered on calling for genocide.

This is a very different approach to handling the nationalist aspirations of a subject population than we have seen with the English and Scots, and the results have been very different. Close off peaceful channels for pursuing and realizing such aspirations, and violent channels are the only ones left.

The difference in the two cases is not due to something in the nature or habits of the subject population. Scots showed plenty of feistiness and antagonism in violent confrontations with the English dating back to the days of William Wallace (played on film by Mel Gibson) and Robert the Bruce. The difference has been in the policies of those with the power.

One can imagine an alternative history in which English rulers endeavored to the present day to subjugate the Scots, to deny them political rights, and to seize and settle on their land. Scottish terrorist groups would be an inevitable part of such a history.

Also likely to be part of it would be a rebuilding and reinforcement of Hadrian’s Wall in an effort to defend against such terrorism, and the persistence of a miserable and costly military occupation in Scotland. All of Great Britain would be a far less congenial and civilized place than the sceptred isle we know today.

Policy choices on such matters can be made, and the choices that are made have major consequences.

5 comments for “Two Approaches toward Nationalism”