From Editor Robert Parry: Over the last few weeks during the Syrian crisis, we have seen something remarkable how underfunded independent media outlets like Consortiumnews.com can successfully challenge Big Media when it slides into a dangerous “group think.”

Unlike 2003 when President George W. Bush stampeded the United States into a reckless war in Iraq, a decade later the U.S. government couldn’t simply brush aside legitimate questions about its case for war with Syria. Our skepticism as expressed by journalists and ex-intelligence professionals at Consortiumnews.com reached millions of Americans via the Internet.

Thus, we contributed to a citizens’ movement that told the politicians and the pundits that the American people wouldn’t be fooled again, that a democracy demands an informed electorate, not just one that accepts whatever the government tells us. 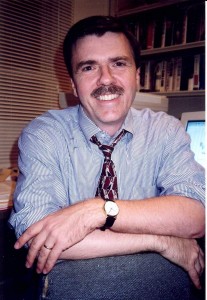 Which is why it’s important that we finish our summer fundraiser on a strong note. We are only $10,000 short of our modest goal of $25,000, which would be enough for us to stretch our budget through to our end-of-year fund drive.

So, please give what you can. You can donate by credit card online or by mailing a check to Consortium for Independent Journalism (CIJ); 2200 Wilson Blvd., Suite 102-231; Arlington VA 22201. (For readers wanting to use PayPal, you can address contributions to our account, which is named after our e-mail address: “consortnew @ aol.com”).

Your donation may be tax-deductible since we are an IRS-recognized 501-c-3 tax-exempt non-profit.

Or, you can buy one of my last four books through the Consortiumnews’ Web site or my latest book, America’s Stolen Narrative, through Amazon.com, either in paper or the e-book version. A portion of each sale will go toward our goal.

Or, for only $34, you can get the trilogy that traces the history of the two Bush presidencies and their impact on the world. The three books Secrecy & Privilege, Neck Deep (co-authored with Sam and Nat Parry) and America’s Stolen Narrative would normally cost more than $70.

To get the books for less than half price and help us meet our fundraising goal just go to the Web site’s “Donate” button and make a $34 “donation” using Visa, Mastercard or Discover. We will read a donation of that amount as an order for the trilogy.

Again, thanks for your support.