The resumption of peace talks between Israeli and Palestinian negotiators is widely cheered, but it will result in a positive result only if the genuine interests of both sides are treated fairly, a prospect that is undercut by the pro-Israeli bias of the U.S. government, says Lawrence Davidson.

President Barack Obama and his congressional colleagues are carrying on an established, yet clearly dangerous, tradition of U.S. foreign policy — the mixing up of national interest and the parochial interests of powerful lobby groups.

Indeed, given the way U.S. federal politics has long operated, national interest is, except in rare cases, an impossible notion. This is because almost all politicians and both political parties are so tied to, and financially dependent upon, powerful lobby groups that they cannot formulate independent positions on issues important to these lobbies. Thus, what is put forth as national interest is most often the interest of a particular interest group with too much money buying too much influence. 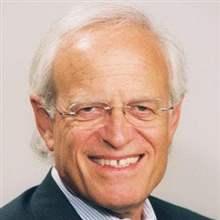 In today’s foreign policy arena this conflation of the general and the particular is best seen in U.S. policies in the Middle East. Here are four recent examples:

–The renewal of “peace talks” between the Israelis and the Palestinians is presently big news. The Obama administration casts itself as the “honest broker” bringing the two sides together to renew negotiations after a three-year hiatus. However, the United States has never served as an “honest broker” between these two parties and this is one of the reasons that their conflict has remained unresolved so long.

Why can’t the U.S. be the “honest broker”? Because the American government is in no position to formulate an independent policy reflecting the nation’s national interest in a just and therefore lasting peace. The Zionist lobby (made up of both Jewish and Christian Americans) is so powerful that the vast majority of politicians and both political parties will not defy it. So the U.S. position is always pro-Israel.

That is why the Obama administration recently appointed Martin Indyk “special envoy to shepherd [Israeli-Palestinian] talks toward a final settlement.” Indyk is an outright Zionist whose lack of impartiality contributed to the failure of peace talks under the Clinton administration. There is no secret about this, nor is there any apparent embarrassment on the part of the Obama administration at simultaneously claiming to be a worthwhile mediator while assigning an overtly prejudiced envoy to the talks.

The only conclusion that can be drawn from this is that, if there is a “settlement,” it will be a pro-Israeli one forced upon a Palestinian National Authority, which, in any case, is made up of people who are not representative of the Palestinians at large and really have no legal standing to negotiate anything, much less a final status agreement. Is this a formula for future peace? Of course not. But it is what the Zionist lobby finds acceptable.

–If the appointment of Indyk were not enough to indicate the lack of any “national interest” guiding American policy when it comes to the “peace talks,” then this next item is definitive. According to a report in the Israeli newspaper Haaretz, a confidential letter from President Obama delivered to the Israeli government gave assurances that the U.S. position is that Palestinian refugees should return only to a future Palestinian state and not to Israel (from where many were evicted).

In addition, any settlement of borders should reflect “the reality on the ground.” Such a position prejudices the outcome of negotiations in favor of the Israelis and therefore will certainly deny justice to the Palestinians. That almost assures future strife and cannot possibly reflect U.S. national interest. Objectively, it does not even reflect Israeli national interest. It does, however, coincide with the wishes of the Zionist lobby in Washington.

–In late July, Deputy Secretary of State William Burns told Congress that President Obama will not make a judgment whether the military removal of Mohammad Morsi, Egypt’s first freely elected president, constituted a coup. Under U.S. law, if the government judges what happened in Egypt to be a coup, all American aid to the Egyptian military ($1.3 billion a year) would have to stop.

However, the Obama administration does not want the aid to stop, and so Burns announced that, “The law does not require us to make a formal determination as to whether a coup took place, and it is not in our national interest to make such a determination.”

Just how does Burns determine “national interest”? Well, in this case the “national interest” is having an Egyptian officer corps, bribed with U.S. tax dollars to act in a pro-Israeli fashion, running their country. Thus U.S. “national interest” is defined by Israeli national interest. If presented this way to the American people, there would no doubt be objections, so our policy is publicly put forth differently. According to a recent statement by Secretary of State John Kerry, the Egyptian military removed a freely and fairly elected government in order to “restore democracy.”

–Finally, there is the U.S. Congress’s obsessive refusal to come to terms with Iran. One of the longest series of foreign policy bills to come out of the post 9/11 Congresses are bills levying sanctions on Iran. Ostensibly, this is because Iran is seeking nuclear weapons. Wait a minute! For years the heads of every relevant American intelligence agency have been telling each of those Congresses that there is no evidence that the Iranians are seeking such weapons.

No matter, the Zionist lobby says they are and, what’s more, has helped write every one of those sanctions bills. Now, just days before a new moderate Iranian president takes office, the House of Representatives passes the most punitive sanctions bill yet. Let’s insult the guy we might be able to deal with. U.S. national Interest? No, the interest of a powerful lobby.

Lobby Interest and the War on Terror

What has this literal selling out to the Zionists of U.S. national interests in the Middle East gotten the country? For one thing, it helped bring on the horrific terrorist attacks of September 11, 2001. However, you can’t expect those who sold their independence for a handful of campaign silver and other political support to admit this.

As a consequence we find the following: “The State Department issued a worldwide alert on Friday [Aug. 2, 2013] as it suspended operations in 21 Muslim countries in response to ‘current information’ that suggests al Qaida and affiliated militant groups could strike within the next month.”

By the way, just a year ago Washington was telling us that the “defeat of al Qaida was within reach.” This premature optimism was then replaced by last May’s gloomy prediction that the “war on terror” is likely to last “another 10 or 20 years.” The truth is that unless we come to see national interest apart from the parochial interests of powerful lobbies such as the Zionists, there will be no end at all to the terrorist threat.

This is a hole that the U.S. political system dug for itself. There is enough entrenched conservatism in the country to make campaign finance reform unlikely for the foreseeable future. At the same time, money coming from private interests to fund the campaigns of their favorite candidates (who in turn have sold their political souls to these interests) is declared the equivalent of “free speech” by the Supreme Court.

As a consequence special interests such as the Zionist lobby can and do buy themselves control over vital aspects of Middle East foreign policy. It is a failed system which has already dragged the nation halfway to hell. Another “10 or 20 years” will take us the rest of the way in.