The backdrop of the Newtown massacre and similar slaughters across America is how frequently the U.S. government opts for violence to settle problems around the world, a message that might influence a troubled individual with access to a gun, says Laura Finley.

Guns. Media. Mental Illness. Lax Security. All these and more have been offered as explanations for the tragic mass shooting at Sandy Hook Elementary on Friday, Dec. 14 that left 26 people, including 20 children, dead. And all of those things may have played a role. But none are the cause of the problem.

And heated debate about them, while important, serves to obscure some other very important conversations about the root issue, which is that the U.S. is a violent, militaristic culture that, in virtually every institution, demonstrates violence as a means of solving problems. 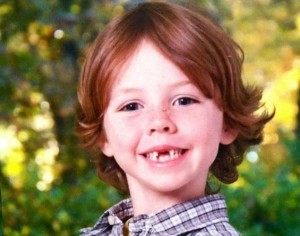 Daniel Barden, 7, one of 20 children killed in the Newtown massacre. (Family photo)

The U.S. is a society organized for war. We spend almost 50 percent of federal tax monies every year on military, not just to pay soldiers and veterans, but to engage in conflict, for research and development of weapons and equipment, and more.

When this amount of funding is spent on military, it clearly cannot be used to build infrastructure, to enhance the quality of our public schools, to provide social services, to assist the poor, hungry and mentally ill, etc. Our military budget is equal to that of the next 15 countries combined.  More than this, however, militarism is an ideology that privileges certain values, including hierarchy, competition, authoritarianism, and obedience, among others.

Politicians, fearful of being seen as “soft,” engage the country in still more violence, at the same time inadequately addressing human needs. This militaristic ideology has shaped the ways our schools are structured, what we teach, and how we teach it. It impacts our media, as commentators on either side of the political divide use the same aggressive methods of yelling at and interrupting one another and degrading their “enemy” whenever possible.

Media over-represents the amount of violent crime, for which creates a fearful populace that will sometimes accept any effort that is supposed to keep us safe. Our criminal justice system is militaristic, from our incessant “wars on” mentality to our arming and equipping military-style SWAT teams and more. I could go on, but I hope the point is made.

To counter a militaristic culture, we need to begin infusing every institution with an alternate model. To do so will require not just schools but the other institutions listed here to begin to see their work as that of peace-building. We need to engage in dialogue that dissects our devotion to militarism and violence and that critically assesses its impact.

We can take back our democracy from politicians who are influenced by militaristic lobbies, the gun lobby, the prison lobby, etc., and we can demand that our politicians begin investing in projects and institutions that empower people and communities, affirm human rights, and promote social justice.

I recognize that this won’t be easy. Radically changing a societal ideology as hegemonic as militarism is never easy. But how many more people, how many more children, do we need to lose before we say better to work hard, engage the difficult conversations, and build a more peaceful future for our children?

6 comments for “Learning from Endless War”