The new round of violence between Israel and Palestinians in Gaza is receiving the typical U.S. media treatment, blaming Hamas and absolving Israel. But the origins of the latest clashes are much more complex than that simplistic and one-sided version, writes ex-CIA analyst Paul R. Pillar.

There they go again, another tragic upsurge in the violent tit-for-tat between Israel and Hamas. As with most tit-for-tat contests, at each stage each side can point to what the other side just did as an action that warrants retaliation.

Often the story that reaches American ears is instead more lopsided: a story of Hamas firing rockets and Israel responding with armed force. But the actual process is very much two-way, with Hamas responding to Israeli violence at least as much as the other way around. 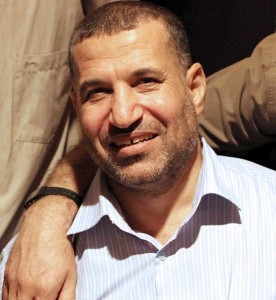 Hamas had endeavored to maintain a cease-fire, despite difficulty in controlling the actions of smaller, more militant groups that have a presence in the Gaza Strip, most of the time since Operation Cast Lead, the brutal Israeli invasion of the Strip almost four years ago. That war resulted in 1,400 Palestinian deaths, probably over half of whom were noncombatants. (Israeli deaths in the war totaled three noncombatants and ten soldiers, four of whom were killed by friendly fire.)

But Hamas, as the only government the residents of the Gaza Strip have to turn to for security, came under increasing pressure from those residents to respond forcefully to Israeli actions that continued to claim Palestinian victims.

As Phyllis Bennis points out, who appears to be retaliating against whom depends on when you start the clock. Most American media accounts have begun coverage of the latest rounds of violence with a Palestinian attack on Israeli soldiers on Nov. 8. Less noticed in the coverage was that the soldiers were part of an element of the Israeli Defense Forces (IDF), including four tanks and an armored bulldozer, that was operating inside the Gaza Strip at the time.

Exactly what those operations included is still unclear, but the IDF did later say it was “investigating” the death of an 11-year-old boy that day. Within the next three days the Palestinian Center for Human Rights documented the deaths of five more Palestinian civilians, including three children, with 52 other civilians wounded. Most of the casualties were incurred in a single Israeli attack on a playground soccer field.

The ensuing two-way violence continued until Egypt was able to mediate a short-lived cease-fire, broken when Israel launched this Wednesday a substantial aerial attack, including the assassination of a senior Hamas leader, Ahmed Jabari.

Israel, of course, has far greater and more sophisticated means (much of it U.S.-supplied) of inflicting death and destruction than does Hamas. The different means tend to carry different labels: ground-launched rockets are called terrorism, while the operations of attack aircraft are called a nation defending its borders.

That difference in capability also helps to explain why Israel is the side that perpetrates the most marked escalations in this violent dialogue. If Hamas had anything approaching Israel’s capabilities, it probably would feel obliged to respond right now to Israel’s actions with much more deadly operations than anything it has been able to muster so far.

But then again, if it did have such capabilities, there would be a major element of deterrence that would almost certainly dissuade Israeli leaders from perpetrating anything like the violence they have in fact inflicted.

The United States has no national interest in taking sides in any of this lethal tit-for-tat. And yet, to its own disadvantage and discredit, it does take sides. The statement the State Department issued on Wednesday “strongly condemns” rocket fire coming out of Gaza, says there is “no justification” for the “cowardly acts” of “Hamas and other terrorist organizations,” talks about Hamas attacking Israel “on a near daily basis” and supports “Israel’s right to defend itself.”

The closest the statement comes to even a pretense of recognition of the, substantially greater, pain and destruction being inflicted in the other direction is to “regret the death and injury of innocent Israeli and Palestinian civilians” and to “encourage Israel to continue [sic] to take every effort to avoid civilian casualties.”

This posture is especially discouraging as one of the administration’s first official statements on the Israeli-Palestinian conflict since President Barack Obama’s re-election. Scott Wilson writes in the Washington Post about how at the President’s press conference this week “the customarily cautious Obama spoke like a politician with nothing to lose after winning the last race of his life” and exuded “confidence and ease.”

If the lifting of the burden of re-election is going to enable the administration to formulate a more effective and more just policy on the Israeli-Palestinian conflict, the State Department’s statement showed no sign of it happening yet. A better statement would have begun something like this:

“The United States deplores the latest upsurge in violence between Israelis and Palestinians. This tragic conflict is causing unnecessary suffering among innocent people on both sides. The United States calls on both sides to pull back from what has become a seemingly endless cycle of destruction. None of the acts of violence committed by either side does anything to advance a goal that the United States shares and that should be shared by all the people of the region: a resolution of differences that will enable Israelis and Palestinians alike to live side-by-side in peace and security.”

That’s just the start. The United States should address the long-term consequences of what is taking place, and specifically the consequences of the futile Israeli reliance on escalation and destruction. It might borrow the words of Israeli peace activist Gershon Baskin, who was trying earlier this week to mediate a new cease-fire between Israel and Hamas; his principal Hamas contact was Jabari, the military leader whom Israel killed by obliterating his car with an airstrike.

“I tell myself,” says Baskin, “that with every person who is killed we are engendering the next generation of haters and terrorists.”

← How Mistress Helped Petraeus
Death Knell for a Failing Paradigm →

24 comments for “A Closer Look at New Gaza Conflict”