Freed from pressures of reelection, President Obama has the opportunity to chart a more daring foreign policy in his second term, taking chances for peace. But he will still face determined political opposition if he crosses powerful lobbies, says ex-CIA analyst Paul R. Pillar.

After a campaign and election in which, at least as much as in most other election years, foreign policy took a back seat to domestic concerns, we, and the newly re-elected president, should take stock of the foreign policy significance of the electoral decision the American people just made.

Possibly the most significant implication is that the nation has dodged a bullet in the form of what would have been, given a different election outcome, a likely return of neoconservatives to positions of power and influence. 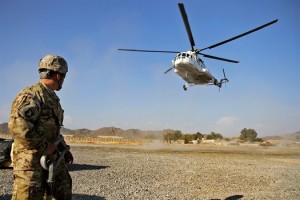 Perhaps a President-elect Romney would have surprised us with his appointments, but the ideological pattern in his party and the identities of his advisers suggest otherwise. They suggest that future historians would be scratching their heads to explain how, so soon after the Iraq War, promoters of that enormously costly blunder would be back in position to inflict still more damage.

Lowering the risk of ideologically-driven disasters should be only part of the stock-taking. There are broader implications, having mostly to do with the incumbent president entering his second and final term.

Although Barack Obama is still young enough for us to expect from him vigorous leadership right up until January 2017, he will never be running for office again. That should lift much of the weight of the political millstone that drags down policy-making on foreign as well as domestic affairs.

It does not remove the millstone completely; domestic political opposition, sometimes of a puerile sort, is a factor even for second-term presidents as they try to strike deals and build coalitions. But a second term opens up distance from the kind of reductionism in the discussion of foreign policy that is part of any effort to win election or re-election.

The extra intrusion of domestic politics whenever hoped-for re-election is a factor impairs the making of sound foreign policy in at least three respects. First, it amplifies the influence of small but nonetheless assertive interests that are different from the U.S. national interest.

Second, it requires an oversimplification or dumbing-down of policy questions and thus leaves little room for care and precision in crafting strategies well-suited for a complicated world. Third, it encourages politicians to adhere to low-risk positions unlikely to generate political vulnerabilities before the next election. Such low-risk positions tend to lead to policies that are uncreative and offer little potential for positive breakthroughs.

What are some of the themes and directions that our second-term president should adopt to take advantage of having been relieved from the burdens of his last round of electoral politics?

One is suggested by an unfortunate tendency that the just-completed campaign season exhibited regarding foreign as well as domestic policy: the tendency to treat a vote for or against the incumbent president as if it were just an expression of approval or disapproval of whatever is going well or going poorly in the country or in the world.

Such an attitude mistakenly disregards the causes of the good news or bad news, disregards whether the alternative candidate would have done anything different or better, and disregards whether whatever we are happy or dissatisfied with is something any U.S. president can do much about.

The countervailing theme that the re-elected president ought to start emphasizing is that there are many unpleasant things going on in the world that neither he nor the United States as a whole can reshape to our satisfaction, that it is not the responsibility of the United States to correct all such situations around the world, and that attempts to assume such responsibility will often result in costly frustration and failure.

Making such observations while seeking re-election invites charges of wimpiness or of trying to avoid responsibility. But the observations are true.

A related theme is that the United States needs to pay more attention to the damage it inflicts, the anger it incurs and the resistance it engenders through many of its own actions, even well-intentioned ones, around the world and to how the effects redound negatively to U.S. national interests. This refers especially to the use of force in other countries.

Voicing any such theme amid an election campaign is political poison; it invites attacks from opponents for straying from the exceptionalist orthodoxy that America is never anything other than good and great. Now that Mr. Obama is no longer running against an opponent who conjures up mythical “apology tours,” he should not have to worry as much about such attacks.

In fact, the President can educate the public about the realities behind this theme without compromising at all the concept of America’s greatness, which involves stature and influence that does not require using a hammer to pound at every gnat that flies by.

As for more specific issues, recall how the presidential candidates responded when they were asked in the last debate to name the biggest foreign or security threat facing the United States (always a flawed question, in its requirement to single out one topic to the exclusion of others).

President Obama replied, “terrorism.” A safe answer, but now the President should foster a public discussion about the actual extent of terrorist threats to U.S. interests and about the costs and consequences of measures and policies aimed at countering those threats. The discussion should include material costs amid larger budgetary stringency, and it should include the broader consequences of killing individual suspected terrorists.

Governor Romney’s reply to the same question was “Iran.” The substantively appropriate response by his opponent would have been to ask how a second-rate power thousands of miles away could be considered the greatest threat facing the world’s sole superpower.

But any such questioning would have been politically risky, and so neither candidate rose above the demonization and alarmism in which public discussion in the United States about Iran has been mired. With the election over (and especially before Iran gets preoccupied with its own presidential election in the spring), the administration needs to get away from the demonization and alarmism.

Unfortunately, as Jacob Heilbrunn points out, Mr. Obama has boxed himself in somewhat with his categorical statements, matching those of Romney, that an Iranian nuclear weapon would be unacceptable. The good news is that there is definitely an opportunity for negotiating an agreement with Tehran that keeps Iran short of even deciding to build a nuclear weapon.

The administration needs to seize that opportunity, with all of the flexibility in negotiations that seizing it requires. The biggest impediment to doing so is likely to be resistance in Congress over the relaxing of sanctions.

The agitation over Iran has primarily been a project of the Israeli government, and this involves an area where the outcome of the election potentially makes a major difference. If Romney had won we would have a president who would outsource a major chunk of U.S. foreign policy to Benjamin Netanyahu, has already written off giving any attention to the defining conflict in the Middle East, and in hoping for re-election would have to keep thinking about what Sheldon Adelson will say the next time he sees him.

Mr. Obama has an opportunity to set another course, one far more attuned to the interests of the United States than to those of a foreign government. The opportunity stems not only from his status as a second-termer but also from encouraging signs in recent years (including the voice vote on Jerusalem at this year’s Democratic Party convention) that increasing numbers of people are coming to see the political force that has enforced unquestioning support to the policies of the Israeli government as being something of a naked emperor.

President Obama can claim a mandate of sorts for setting a new course in this regard. In addition to winning the votes of a large majority of American Jews, election-night polling showed that four-fifths of that segment of the electorate believe that a two-state solution to the Israeli-Palestinian conflict should be negotiated, that the United States should take an active role accomplishing this, and that resolution of that conflict is an important U.S. national security interest.

The lobby that has impeded progress on this subject is, though weakened, still very much around. Opposing it will generate a lot of political ugliness. But the ugliness is not a good excuse for drifting along the old course. What comes closer to a legitimate excuse is the amount of presidential attention required amid fiscal cliffs and all the other demands on that attention.

← Hopeful Signs in US Election
Thanks for Your Support! →