Exclusive: Mitt Romney is running the most secretive presidential campaign in modern U.S. history. He won’t give details on his policies, his principles, his business record at Bain Capital, or his tax returns. Yet, his cover-ups have found a surprising ally, the Washington Post, reports Robert Parry.

“If the senator has any proof, he owes it to Mr. Romney, the presumptive Republican presidential nominee, to put it on the record, now,” the Post wrote in a Wednesday editorial. “Otherwise, Mr. Reid ought to pause and reflect on the record of another senator who once claimed to have a list of Communists and spies at the State Department, and could not substantiate it. Mr. Reid’s smear tactics are not unlike those of Joseph McCarthy and deserve equal condemnation.” 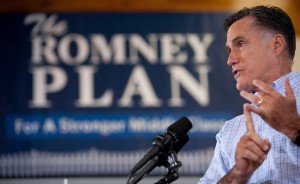 Really? Citing a source who says Romney didn’t pay taxes presumably because he didn’t earn taxable income during some years and thus not in violation of any tax laws is the same as accusing professional Foreign Service officers of treason and ruining their careers? To equate the two situations suggests that the Post’s neocon editors have lost all sense of proportionality.

McCarthy’s victims also were in no position to defend themselves once the witch hunts began. McCarthy used his Senate committee to drag people before the cameras and confront them with vague accusations of treachery and disloyalty. The accused were required to somehow prove the negative when, to do so, was nearly impossible.

Romney’s predicament is entirely of his own making. He has his tax returns; he showed more than two decades’ worth to John McCain’s aides in 2008 when they were vetting Romney as a possible vice presidential candidate; Romney could make them public at any time and prove that he did pay income taxes every year. But he has chosen not to.

Instead, Romney is relying on the Washington press corps and pundits to rally to his defense and counterattack Harry Reid. Republican National Chairman Reince Priebus went so far as to call Reid a “dirty liar” and almost no one demanded that Priebus prove his charge.

The Post’s “fact-checker” Glenn Kessler engaged in a similar Romney defense when Kessler meted out “Pinocchios” to the Obama campaign for challenging Romney’s claim that he had no responsibility at his Bain Capital firm once he left to work on the Olympics in 1999.

The Obama campaign cited dozens of official disclosure reports filed by Bain Capital with the Securities and Exchange Commission from 1999 to 2002 telling investors that Romney was still the man in charge. The New York Times counted 142 such filings.

Again, Romney could have cleared matters up by simply releasing internal records of Bain Capital regarding the nature of his contacts with his old firm over those three years. But instead he chose to cover up the facts.

There’s also the point that journalists often cite unidentified sources reporting information that some powerful politician denies. In many of those cases, the politician is covering up the evidence that would prove the point one way or the other. But we don’t accuse the journalists of “McCarthyism.”

Under such standards, the Post’s editors could have accused Watergate reporters Carl Bernstein and Bob Woodward of engaging in “McCarthyism” against Richard Nixon. After all, they were relying on unnamed sources to accuse the President and his inner circle of a criminal conspiracy to cover-up their involvement in the scandal.

The Post, which had its greatest moment of glory breaking through the Watergate cover-up, behaves these days as a co-conspirator in Romney’s cover-ups. Why should he release any information when the Post will reserve its harshest criticism for those who challenge his secrecy?

Regarding Sen. Reid’s claim about Romney’s tax-free years, the Post’s editors couldn’t stop at simply accusing Reid of McCarthyism. They also likened him to a murderous gangster, writing: “Even in the attenuated and superficial climate of today’s politics, Mr. Reid’s drive-by tactics repel.”

While lambasting Sen. Reid, the Post’s editors only gently chided Mitt Romney: “One way to prove [he did pay taxes] would be for Mr. Romney, a wealthy and successful businessman, to make public additional years of his tax returns. So far, he has steadfastly refused.

“There’s no formal requirement to reveal more, but Mr. Romney has deepened voter curiosity about why he won’t, and whether he has something to conceal. As long as he declines, the questions will persist.”

The Post’s editors also politely suggest that Romney’s campaign disclose “the identity of Mr. Romney’s well-connected campaign bundlers, to whom he is indebted for vacuuming up truckloads of cash. The candidate knows who they are but is not saying.”

But, arguably, the only way to get Romney to reverse himself on his secrecy is for him to pay a steep political price. His cover-ups also invite the kind of sourced allegations that Sen. Reid made last week or the Obama campaign’s earlier citation of the Bain documents contradicting Romney’s personal assertions about his lack of control.

Yet, that pressure is then negated when the likes of Glenn Kessler and the Washington Post’s editors go on the attack against the people raising the questions and act in defense of Romney, the person who is running the cover-up.

The end result of such misguided outrage is that the American people may elect, in Mitt Romney, a mystery man as President.