In America, “freedom” now means the right to inflict harm on the community, whether it’s the freedom of Wall Street bankers to gamble recklessly, the freedom of the rich to shut factories and off-shore jobs or the freedom to swagger around with deadly weapons. That freedom has struck again in Colorado, writes Lawrence Davidson.

Well here we go again. Late in the evening of July 20, “a masked gunman entered a Colorado movie theater playing the new Batman movie and “opened fire killing at least 12 people and wounding 50.” The gunman was not a large anthropomorphized bat but rather a young white male, and he “was armed with a rifle, a shotgun and two handguns” all of which he had legally obtained.

This is nothing new in the Land Of The Free. Among the more notable victims of the nation’s love affair with deadly weapons have been Abraham Lincoln, James Garfield, William McKinley, John F. Kennedy, Robert Kennedy, Martin Luther King, Ronald Reagan (wounded) and, of course, John Lennon. 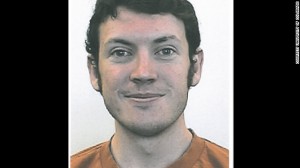 College photo of James Holmes, 24, who allegedly opened fire during a screening of "The Dark Knight Rises" at an Aurora, Colorado, theater early Friday, killing 12 people.

Then there are the recent (and periodically ongoing) mass murders among the population at large: the Columbine High School shootings, the Beltway sniper incidents, the Virginia Tech massacre, and the 2011 Tucson killings. To this can be added the daily shootings that occur in every city in the country. Taking the representative year of 2007, there were 31,224 deaths from gunshots with 17,352 of them (56 percent) being suicides. The numbers have, generally, been going up.

Those who stand against tightening up the nation’s presently useless gun laws have a variety of arguments most of which are in good part delusional. Thus:

a. It is certainly true that while sitting on a shelf, locked in a draw or carried in a holster, guns are inert pieces of machinery and, ultimately, it takes a finger to pull the trigger. Yet this fact is actually irrelevant. It’s irrelevant because guns are not manufactured to stay on shelves, in draws or holsters. That inert status has nothing to do with why they exist. So, we can go on and ask:

b. Why are guns manufactured? Why do they exist? Primitive firearms were invented in China sometime in the 12th Century. They were invented to be used in warfare, that is to kill and injure other people. As the technology spread westward, first into the Arab lands and then to Europe, the technology was improved, but its raison d’etre (its reason for being) to kill and injure others stayed the same.

The only thing that has changed over time is that in certain lands, particularly the U.S., a monopoly on the possession of such weapons ceased to be held by the state and guns diffused into the population as a whole.

In the United States, this process of diffusion was allowed based on a peculiar interpretation of Second Amendment of the U.S. Constitution. That amendment says that the right of the citizens to bear arms shall not be infringed. But that statement forms a dependent clause in a sentence that links the right to bear arms to the maintenance of “a well regulated militia.”

Apart from the National Guard, the modern U.S. does not maintain militias. And, most of the membership of the National Rifle Association (NRA), along with the other gun-toting tough guys walking the streets of (particularly) the middle and southern U.S., don’t even belong to the National Guard.

c. The hard truth is that guns were originally invented, and still today are primarily made, to shoot people. Their other uses: in hunting, to shoot holes in paper targets, to blast clay projectiles out of the air for fun, are strictly secondary to their primary purpose.

d. So the argument that guns don’t kill people is a-historical and something of a red herring. Guns are essentially our partners, intimate accessories if you will, in what is most often criminal activity, facilitating the efficiency of acts of homicide, assault and suicide. At the rate we pursue these activities, we just couldn’t maintain the modern level of mayhem without them.

2. EXCUSE NUMBER TWO Guns are most often used for self-defense.

a. If you go on the Web, you can find surveys that allege the use of guns for self-defense numbering in the millions of episodes per year. However, these surveys are often carried out by biased organizations and are methodologically flawed. They have, therefore, been demonstrated to be unreliable.

b. More reliable studies, conducted by unbiased sources such as Harvard University, have shown, among other things, that: very few criminals are shot by law-abiding citizens; most criminals are shot either by the police, or by other criminals; and firearms reported to have been used in self-defense are, most of the time, used against members of a family or erstwhile friends during arguments.

Along the same lines, the statement concerning the Colorado theater massacre issued by Luke O’Dell, a spokesman for the Rocky Mountain Gun Owners Association, reflected the misconception that the answer to gun violence is more guns:

“Potentially, if there had been a law-abiding citizen who had been able to carry [a gun] in the theater [in Colorado], it’s possible that the death toll would have been less.” One might more plausibly argue that if the shooter had not been able to procure a rifle, a shotgun and two handguns “to carry” into the theater, the death toll would have been zero.

It seems that it does not matter how many times these massacres take place; nothing is likely to change. Here is what an article, entitled “Still Little Interest In U.S. Gun Control” in the Philadelphia Inquirer of July 22, had to say: “Despite periodic mass shootings the political calculus seems locked down. Most Republicans adamantly oppose tighter gun controls, and most Democrats would prefer to focus on other issues.”

Why so? The reason has to do with a very flawed aspect of our political system. Ours is a system that allows a relatively small number of citizens (in this case gun zealots) to form a special interest, or lobby group, that raises and distributes great amounts of money nationwide and, in some parts of the country, exercises strong voting influence.

These lobbies can hold crazy ideas that demonstrably harm society and make us look like an insane nation to the rest of the world, but that doesn’t matter either. The politicians will positively respond anyway to get money and electoral support. In this sense, we live in a land devoid of “national interest.” There is only the interest of lobby groups and the politicians controlled by them.

Nor is this situation unique to the problem of the nation’s gun laws and the power of the NRA. If we look at foreign policy, we see that similar lobbies skew policy with disastrous results. The Zionist lobby has the entire U.S. government head over heels in support of the basically racist state of Israel. And, this position does demonstrable harm to our standing throughout the Middle East and Muslim world.

It’s crazy, but it has been going on for at least 65 years. The Cuban lobby of anti-Castro fanatics has intimidated Washington to blockade, sanction and otherwise isolate Cuba even though the rest of the world is content to trade and have normal relations with the island nation. Our politicians say they take this stand because the Cuban government is a communist dictatorship. So what? Do we have normal relations with China? Do we trade with Vietnam?

These politicians are obviously being less than truthful. They take the stand because they are bought and bullied by a bunch of well-organized, well-funded fanatics. The whole thing is crazy and has been going on since 1960.

There is simply something wrong with our political system. Too few people can command too much power in the name of relatively small minority groups. We need campaign finance reform and much more transparency when it comes to the operations of special interests.

We need shorter electoral periods and limits on how much it can cost to run for any office. We need honest and open regional and national debates on both domestic and foreign policies that affect large numbers of our citizens (whether those citizens know it or not).

And, last but not least, we need a rational rethinking of what the word “freedom” means.

Does “freedom” mean that if you have a lot of money you can use it to corrupt the nation’s politicians so that they distort the positions and policies of government to such a degree that they cease to have any connection to common sense definitions of community or national interest?

Sadly, the answer is yes. That is actually what freedom has come to mean in the U.S. And these stupid definitions of “freedom” are slowly but surely undermining the body politic. There are no super heroes out there to save us: no Superman, no Batman, no Catwoman, and the like. There is just us.

And if we don’t find a way to, in essence, work our way free of the pseudo “freedoms” that are ruining our political system, no one else will. Things will simply get worse.

← America: A Nation of Wildebeest
Rushing to Judgment on Bus Bomb →