From Editor Robert Parry: What happens in the United States over the next few months will have a profound impact on the future of American democracy and the world. So, it is vitally important that Consortiumnews.com has the resources to continue illuminating the dark corners of U.S. politics.

That’s why we’re setting the fundraising goal at $50,000. That amount will give us the means to conduct crucial investigations while also maintaining a steady output of day-to-day news and analysis. Normally, we offer thank-you gifts for donations, but this time we’re proposing that every dollar be spent on journalism.

If you agree that our unique blend of investigative reporting and historical context is vital to understanding the stakes in the November elections, please make your contribution today, either by Visa/Mastercard, or by check, or by PayPal (our account is named after our e-mail address, “consortnew@aol.com”). 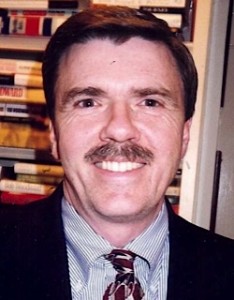 Among our current investigations are an examination of Mitt Romney’s secret work as an international financier and a report on how Rupert Murdoch built his media-influence empire in the United States (he wasn’t only playing politics in the U.K.). But this work can only be completed with your help.

While we are looking forward to some remarkable journalism in the second half of 2012, we also want to report to you on the extraordinary information and analysis that Consortiumnews.com published in the first half of the year.

Over the past six months, our writers have produced groundbreaking stories on issues as diverse as the crisis with Iran, the intransigence of the Catholic Church hierarchy, the history of Republican election misconduct, the failure of the U.S. news media to uphold professional standards, and the need for a resurgent American democracy to challenge the emerging U.S. oligarchy.

Besides editing the Web site, I also have produced a number of investigative articles that have changed how Americans understand their history. In the context of the Right’s false version of America’s founding, my articles have explained what the Constitution’s Framers were actually thinking.

Regarding the origins of Republican ruthless election tactics, I revealed Lyndon Johnson’s secret “X Envelope” file on Richard Nixon’s sabotage of Vietnam War peace talks in 1968. Another story showed how President Nixon’s frantic search for that file led to his creation of the Plumbers one year before the Watergate break-in. (To find these and other stories, just scroll back through the Web site’s articles.)

It has always been our view that only with an accurate understanding of how the United States got into the mess it’s in can there be a realistic hope of finding a way out. So, please contribute what you can.