Many Americans struggle with the moral and practical issue of whether to vote for someone who may be the better choice to be President but who is still far from perfect. With another upcoming election, Lawrence Davidson suggests some guidelines to follow in deciding what to do.

Soon it will be presidential voting time again in the United States. That four-year cycle comes to us with the regularity of a returning comet, accompanied by a shroud of campaign fog that makes a guessing game of discerning fact from fiction when it comes to political promises.

A hefty minority have opted out of this process. Thus, if history runs consistent, when the designated day in November arrives, between 38 and 40 percent of America’s eligible voters will automatically (without even thinking about it) stay away from the polls. Voting appears not to be part of their local culture. They obviously do not think the results touch them in a personal way, or they feel their vote is meaningless, or they see the candidates as irredeemable liars not to be taken seriously. 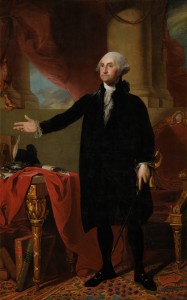 The behavior of this sizable minority is not in doubt. But there is yet another group of eligible voters whose actions in November are in doubt. These are people who are regular voters, but are now so put off by their usual party candidate that they refuse to support him. They will either not vote at all or cast a vote for a minor third party.

Back in 2000 and again in 2004, when George W. Bush stood for election, a good number of moderate Republicans suffered a voting dilemma of this sort. Seeing the Republican Party of Dwight Eisenhower and Nelson Rockefeller (whatever those on the Left might think of these folks) taken over by a proven neo-con screwball like Bush Jr. must have made many of them hesitate to vote in their usual fashion. Maybe that’s why the elections were so close that only a series of fraudulent maneuvers got W. elected.

This year an unknown number of progressive Democrats might feel they are facing a similar dilemma. The level of disappointment with Barack Obama among progressives is palpable. He has carried on his predecessor’s attack on civil liberties, bailed out the banks instead of jailing the bankers, failed to fight for a public option to healthcare, kowtowed to the Zionists, and used drones to kill (mostly) civilians. That is just a partial list of complaints.

One can counterbalance this with a list of good things that Obama has done (withdrew from Iraq, endorsed gay marriage, restored stem cell research, etc.), or argue that at least some of the bad things were a consequence of Republican roadblocks. Still, for those on the progressive end of the Democratic spectrum, Obama is a profound disappointment.

So what do you do? Seek out the Green Party and vote for its candidate, Jill Stein, or boycott the polls altogether? Are such responses to the voting dilemma good ideas?

Well, let’s take a look at recent history. Robert Parry of Consortiumnews.com explored this question by looking at the presidential election of 1968. In that year, amidst a worsening war in Vietnam, Democratic President Lyndon Johnson decided not to run for reelection. There was strong progressive support for the party’s anti-war candidate, Eugene McCarthy, but his candidacy failed on the Democratic convention floor and the party nominated Johnson’s Vice President Hubert Humphrey, a man who was closely identified with the war effort.

His Republican rival would be Richard Nixon, a duplicitous and dishonest fellow who was also paranoid and egocentric to a fault. Prior to the election Nixon had secretly encouraged the South Vietnamese not to join in Johnson’s efforts to open peace negotiations with North Vietnam. After the election he would expand the war into Laos and Cambodia. Ultimately, Nixon self-destructed with the Watergate scandal.

Parry interviewed Sam Brown, a prominent progressive of that time who served as Eugene McCarthy’s Youth Coordinator. When Humphrey became the Democratic candidate and refused to disown an increasingly disastrous war, Brown and those like him faced their voting dilemma.

Humphrey’s supporters sought to bring these progressives back into the fold by arguing, “Humphrey is a good guy, trust us.” That went over like a lead balloon and the Democrats lost an unknown number of antiwar voters. Perhaps Nixon would have won anyway, but the situation certainly hurt Humphrey’s chances for election.

Today, Sam Brown “is not proud” of the fact that in 1968 he “cast his ballot for a minor third-party candidate as a throwaway vote.” He sees his action as a de facto assist to Nixon’s campaign

Brown has his own personal history to look back at and that helps shape his present perspective. Not everyone has this experiential background, nor do many bother to research the past for guidance in a moment of present and personal political crisis. Given this situation it may be a better approach to consider a few questions that might help resolve the voting dilemma.

A. For instance, when George W. Bush was elected, the nation got a president motivated by a mixture of aggressive ideologies. He was/is a Christian fundamentalist, a “free market” deregulator, a neo-con warmonger, and a government minimalist. These orientations often superseded pragmatic politics and led Bush to resist compromise.

You could put a million people on the mall in Washington, D.C. to shout their disagreement with his policies and he would just dismiss them as a “focus group.” Were his Democratic political opponents similar? Or were they more pragmatic politicians open to influence and pressure from various constituencies, including progressives? How do Romney and Obama compare in this regard?

2. What is the probability of a candidate taking the country into another war?

A. For instance, presidents such as Lyndon Johnson, Ronald Reagan and George W. Bush were quite willing to lie through their teeth in order to involve the country in foreign wars of dubious legitimacy. Lyndon Johnson made his misleading Tonkin Gulf speech to Congress which led to the Resolution that expanded the U.S. presence in South Vietnam.

Reagan was constantly at war, directly or indirectly, in Central America, the Caribbean and the Middle East and most Americans did not even know it until 241 U.S. marines died in Beirut and the Iran-Contra Affair broke in the press. Bush and his advisers, of course, manufactured the “intelligence” which “justified” the invasion of Iraq.

B. Barack Obama ended American occupation of Iraq only to shift resources to Afghanistan. He has set a deadline for withdrawal from the Afghan morass even as he escalates the use of drone warfare. While pushing damaging sanctions against Iran, he has so far resisted pressure to attack that country or openly support Israeli ambitions to do so.

C. Romney has pledged to follow the lead of Israel when it comes to U.S. foreign policy in the Middle East, and there is no doubt that Israeli leaders dream of fighting Iran with American support. Also, there is the fact that Romney’s foreign policy advisers are some of the same neo-cons who served W.

So, given a choice between Romney and Obama, which one is more likely to attack Iran? Remember, the question addresses probabilities. Either candidate, if elected, may or may not do so, but which one appears more likely to go to war?

3. What is the probability of either candidate taking seriously issues of social justice?

A. Again, there is no guarantee either way, but is one of the candidates apparently more inclined to support such issues? Here, statements on record favor Obama when it comes to women’s concerns, to the poor, to the healthcare crisis, to gay rights, and the like.

B. Which one will protect civil liberties? Probably neither will.

The list of questions given above is far from complete. For instance, an important consideration is whether such a list should include the perceived personal consequences of giving or withholding support? Do I commit some sort of moral breach if I vote for someone I have come to disrespect? Well, it depends on how you see the very act of casting a vote. Is it an act that refers to you as an individual, or to you as a member of a community?

If it is the former, it is your self-image that is at stake. You have to take a stand and live with yourself thereafter. If it is the latter, it is your concern for the fate of the community that is primary. That orientation may lead you away from thinking in terms of moral positions. Instead, it may lead you to accept the need for compromise.

Either way you act, you run the real risk of dissatisfaction. Like Sam Brown, you might live to regret a decision that felt right at the time. Or, you might vote for the candidate you believe will do the least harm to your community, and have to live with a nagging sense of cognitive dissonance.

This analysis has not been written to tell anyone what to do. Instead, it is an effort to clarify a real-life issue that simply does not have an easy answer. As of yet, I am not sure what I will do. However, it has crossed my mind that, if I do decide to vote for President Obama, I will enter the polling station with a clothespin on my nose.

Post Script: Richard John Stapleton — in a short piece entitled “Voting: Duty, Privilege or Right?” — discusses growing support for a “Voters’ Rights Amendment (USVRA) to the Constitution that [among other things] deprives corporations of constitutional rights and denies the equation of campaign donations and free speech.” More details are available at www.usvra.us.

← How Scalia Distorts the Framers
Did Reagan Know about Baby Thefts? →

19 comments for “The Picking-a-President Dilemma”