Israel’s Prime Minister Benjamin Netanyahu has kept President Obama behind a hard-line strategy on Iran’s nuclear program via lobbying pressure from Congress and Washington’s neocons. But a new member of the Israeli government is complicating matters, writes Gareth Porter for Inter Press Service.

By staking out a policy line on Iran reflecting the views of the Israeli national security leadership, Deputy Prime Minister Shaul Mofaz has undercut the Benjamin Netanyahu government’s carefully planned strategy to get U.S. President Barack Obama to threaten war against Iran if it doesn’t give up its nuclear program.

It could be the beginning of a process by which Netanyahu begins to climb down from a militarily aggressive policy that has provoked unprecedented dissent from high-ranking active and retired military and intelligence officials. 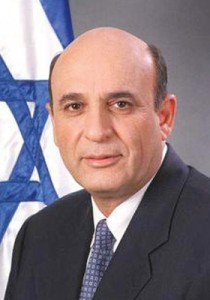 Mofaz, who brought his Kadima Party into the Netanyahu government in a May 9 deal, is a former Israeli chief of staff who had made threatening statements about Iran’s nuclear program as minister of defense in Likud Prime Minister Ariel Sharon’s government from 2003 to 2006.

The new coalition government, which increased its majority in the Knesset from 94 to 120 seats, was billed by the government’s supporters as a “war cabinet” that would strengthen Netanyahu’s hand in using force against Iran should that decision be made.

But instead Mofaz has publicly contradicted the whole thrust of Netanyahu’s strategy by downgrading the threat from Iran and suggesting that a peace settlement with the Palestinians is actually more important.

The role of Mofaz in suggesting a more moderate Israeli policy line on Iran is at least in part the result of more senior Israeli national security figures speaking out publicly against the Netayahu threat of war on Iran, according to Yossi Alpher, a former head of the Jaffee Center for Security Studies at Tel Aviv University and a special adviser to then prime minister Ehud Barak in 2000.

Alpher believes that the decision to bring Mofaz into the government reflects a policy adjustment by Netanyahu and Defense Minister Ehud Barak to the views of the Israeli national security elite.

Alpher told IPS in an interview he believes the criticism by those senior military and intelligence officials of Netayahu’s Iran policy had “reached a critical mass.” “At some point it registered with Netanyahu and Barak,” said Alpher.

Netanyahu and Barak wanted to show the national security chiefs that they were being listened to by bringing someone who reflects their views into the leadership circle, Alpher said.

The result of that decision may be a much deeper shift in policy toward Iran than Netanyahu and Barak wish to acknowledge. Ever since late 2011, the impression of a heightened threat of an Israeli attack on Iran has been central to the crisis atmosphere over the issue. It has been the premise on which Israel has tried to reduce progressively Obama’s freedom of action on Iran with the ultimate objective of maximizing the likelihood of an eventual U.S. attack on Iranian nuclear sites.

The strategy of pressure on Obama was to be carried out through a combination of Israeli demands regarding U.S. diplomatic positions on Iran’s nuclear program and pressure from the U.S. Congress at the prompting of the right-wing pro-Israel lobby organization AIPAC, which operates in close consultation with the Likud government.

The tandem of Israeli and Congressional targets of AIPAC would push for U.S. demands in the negotiations with Iran that would ensure their failure. Netanyahu would then seek to force a shift in Obama’s red line on the Iranian nuclear program from evidence of intent to build nuclear weapons to evidence of determination to maintain a weapons nuclear capability. Allies of Netanyahu have suggested that the pressure on Obama to adopt a new red line would peak during the 2012 presidential election campaign.

Even after Mofaz joined the coalition government in May, the Netanyahu strategy continued to unfold according to plan. A resolution in the U.S. House of Representatives originating in AIPAC that rejected “any U.S. policy that would rely on efforts to contain a nuclear weapons capable Iran” was passed 401 to 11 on May 18.

The Jerusalem Post reported June 7 that Israeli officials had revealed a three-pronged strategy to get Iran to halt its nuclear program: stiffening economic sanctions, getting the U.S. and the P5+1 to demand a halt to all enrichment, and “upgrading the threat perception inside Iran” an obvious reference to shifting Obama’s position on the use of force.

Just before the Moscow round of talks between the P5+1 and Iran on June 18 and 19, a letter from 44 senators, evenly divided between Democrats and Republicans, urged Obama to “reconsider talks with Iran unless it agrees immediate steps to curb its enrichment activity.” That letter, also drafted by AIPAC, called for a shift from further talks to “significantly increasing the pressure on Iran through sanctions and making it clear that a credible military option exists.”

The letter reiterated the demands that the Obama administration had already leaked to the news media in advance as its position in the talks with Iran: an end to 20 percent enrichment, shipment of all 20 percent enrichment uranium out of the country, and the closure of the Fordow enrichment site. But it also insisted that nothing should be offered to Iran in return for those concessions except further negotiation.

But as the third-round talks with Iran were ending in Moscow, Mofaz, who was in Washington to consult with U.S. officials on the Palestinian issue, departed publicly and dramatically from Netanyahu’s policy on Iran. In a speech at the pro-Israel Washington Institute for Near East Policy on June 19, Mofaz startled the audience by suggesting that the greatest threat to Israel did not come from Iran, as Netanyahu has insisted since becoming prime minister, but from its conflict with the Palestinians.

Referring to the Palestinian issue not the Iranian nuclear program Mofaz warned, “Time is not in favor of Israel” and added, “This year next year we have to decide.”

Mofaz sounded more like the Obama administration than the Netanyahu government on the question of an Israeli military option. “We should ask ourselves how much we would delay the Iran program for how many months, for many years,” he said, “and what will happen in our region on the day after.”

Even more significant, however, was his comment on the “time limit” on tolerance of Iran’s nuclear program as being when “the Iranian leader will take the last step to having a bomb.” Mofaz thus appeared to align himself with Obama’s red line rather than the Netanyahu and Barak position, which is that Iran must not be allowed to have much more of its enrichment capabilities in an underground site protected from an Israeli strike.

Brig. Gen. Shlomo Brom, who was deputy national security adviser in 2000, told IPS that the position on Iran and Palestine expressed by Mofaz and especially his position on the “time limit”- were potentially significant. If Mofaz has sufficient clout in the government, Brom said, it would “increase the probability of a more positive position of this government” on Iran.

Even before adding Mofaz, Netanyahu was unable to muster a majority in the nine-member Israeli “security forum,” which must approve a decision to go to war, according to a May 31 Ynet News report. Only Netanyahu, Barak and Foreign Minister Avigdor Lieberman were said to be supporting an attack on Tehran’s nuclear facilities, at least in principle. The other six, including IDF Chief Gantz, Mossad Chief Pardo and Mofaz, were all opposed.

Netanyahu’s strategy of using AIPAC and Congress to pressure Obama may well continue, but the pretense that Israel may attack Iran if its enrichment program continues is likely to be quietly phased out once the U.S. election campaign is over.

Gareth Porter is an investigative historian and journalist specializing in U.S. national security policy. The paperback edition of his latest book, Perils of Dominance: Imbalance of Power and the Road to War in Vietnam, was published in 2006. [This article originally appeared at Inter Press Service.]