The U.S. Treasury Department’s claim of a “secret deal” between Iran and Al-Qaeda, which had become a key argument by right-wing activists who support war against Iran, has been discredited by former intelligence officials in the wake of publication of documents from Osama bin Laden’s files revealing a high level of antagonism between Al-Qaeda and Iran.

Three former intelligence officials with experience on Near East and South Asia told IPS they regard Treasury’s claim of a secret agreement between Iran and Al-Qaeda as false and misleading. That claim was presented in a way that suggested it was supported by intelligence. It now appears, however, to have been merely a propaganda line designed to support the Obama administration’s strategy of diplomatic coercion on Iran. 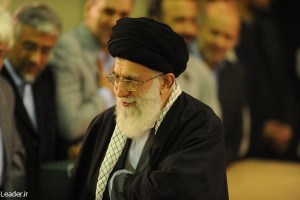 Under Secretary of Treasury David S. Cohen announced last July that the department was “exposing Iran’s secret deal with Al-Qaeda allowing it to funnel funds and operatives through its territory.” The charge was introduced in connection with the designation of an Al-Qaeda official named Yasin al-Suri as a terrorist subject to financial sanctions.

The Treasury claim has been embraced by the right-wing Weekly Standard and others aligned with hardline Israeli views on Iran, as primary source evidence of an alliance between Iran and Al-Qaeda.

Pillar said the recently released bin Laden documents “not only do not demonstrate any agreement in which Iran condoned or facilitated operations by Al-Qaeda, they contradict the notion that there was any such agreement.”

“I’ve never seen anything that suggests that happened,” said another former intelligence official, referring to an Iran-Al Qaeda agreement. “I’m very skeptical about that.”

A third former intelligence official said Treasury’s “secret deal” claim “doesn’t pass the BS test” and noted that it is perfectly aligned with the Obama administration’s policy of pressure on Iran. The official said the Treasury Department’s push for its “secret deal” line is emblematic of a larger split in the intelligence community between those for whom intelligence is secondary to their role in “counterterrorism” policy and the rest of the community.

“The counterterrorism types are like used car salesmen,” the former official told IPS. “They are always overselling something. They have to show that they are doing important work.”

The actual text of the July 28, 2011, “designation” of Yasin al-Suri suggests that the claim of such a “secret deal” is merely a political spin on the fact that Iran dealt with al-Suri on the release of prisoners.

It says that Yasin al Suri is an Al-Qaeda facilitator “living and operating in Iran under agreement between Al-Qaeda and the Iranian government.” Iranian authorities, it said, “maintain a relationship with (al-Suri) and have permitted him to operate within Iran’s borders since 2005.”

The designation offers no other evidence of an “agreement” except for the fact that Iran dealt with al-Suri in arranging the releases of Al-Qaeda prisoners from Iranian detention and their transfer to Pakistan. The official notice of a $10 million reward for al-Suri on the website of the “Rewards for Justice” program under the Diplomatic Security office of the State Department also indicates that the only “agreement” between Iran and Al-Qaeda has been to exchange prisoners.

Neither the Treasury Department nor the State Department, which joined the February 2012 press briefing on the reward for finding al-Suri, referred to the fact that Iran had been forced to deal with al-Suri and to release Al-Qaeda detainees in order to obtain the release of the Iranian diplomat kidnapped by Pakistani allies of Al-Qaeda in Peshawar, Pakistan, in November 2008.

In one of the documents taken from the Abbottabad compound and published by West Point’s Counter-Terrorism Center last week, a senior Al Qaeda official wrote, “We believe that our efforts, which included escalating a political and media campaign, the threats we made, the kidnapping of their friend the commercial counselor in the Iranian Consulate in Peshawar, and other reasons that scared them based on what they saw (we are capable of), to be among the reasons that led them to expedite (the release of these prisoners).”

In response to the IPS request for clarification of the “secret agreement” claim, John Sullivan, a spokesman for the Treasury Department’s Office of Terrorism and Financial Intelligence, declined to answer any questions on the subject or to allow IPS to interview Eytan Fisch, the assistant director of the Terrorism and Financial Intelligence office.

Sullivan defended the Treasury Department’s position on the issue, however, against criticism based on the publication of the bin Laden documents. “We based our action on Yasin al-Suri on a broad array of information that far exceeds what was recently made public,” Sullivan said in an e-mail to IPS.

Asked about the hint by the Treasury spokesman that department officials used still-classified material as the basis for the claim of a “secret agreement”, former national intelligence officer Pillar called it “disingenuous.”

The origins of the Treasury Department’s “secret deal” claim indicate that it was intended to generate press stories that would increase political and government support for pressure on Iran through economic sanctions and military threats.

The designation of Yasin al-Suri as a terrorist subject to financial sanctions July 28, 2011, did not have any impact on Al-Qaeda funding. The objective was to allow Treasury to generate press coverage of its charge of a secret Iran-Al Qaeda agreement. The timing of the move coincided with a shift in Obama administration strategy from diplomatic engagement to maximizing pressure on Iran.

During the period when neoconservatives were pushing for an explicit policy of support for regime change in Iran during the first George W. Bush administration, U.S. officials frequently talked as though any Al-Qaeda presence in Iran was evidence of Iran’s cooperation with the terrorist organization.

But as ABC News reported on May 29, 2008, Bush administration officials were acknowledging privately that they were not complaining about Iranian policy toward Al-Qaeda operatives in Iran, because Iran had “kept these al Qaeda operatives under control since 2003, limiting their ability to travel and communicate.” One official said Al-Qaeda officials under Iranian control, “some of whom are quite important,” were “essentially on ice.”

Israel has continued, however, to use its relations with friendly news media, especially in the UK, to generate disinformation about alleged joint Iranian-Al Qaeda planning for terrorist actions.

Rupert Murdoch’s Sky News carried a story Feb. 15, 2012, citing “intelligence sources” from an unnamed state as suggesting that Iran had been supplying Al-Qaeda with “training in the use of advanced explosives” as well as some funding and a safe haven “as part of a deal first worked out in 2009.”

The report quoted the intelligence sources as saying that Iran wanted to use the threat of Al-Qaeda retaliation against Western targets as “revenge for any military strike against Iran’s nuclear capabilities.”

Gareth Porter is an investigative historian and journalist specializing in U.S. national security policy. The paperback edition of his latest book, Perils of Dominance: Imbalance of Power and the Road to War in Vietnam, was published in 2006. [This story originally appeared at Inter Press Service.]

← To Save the Republic, Tax the Rich?
Setting the Stage for More Wars →