Official Washington’s view of Iran is that the Islamic state is dangerously irrational, requiring “crippling sanctions” to bully it into concessions over its nuclear program. But Iran’s negotiating strategy is actually more thoughtful and deliberate, Gareth Porter writes for Al Jazeera.

In January 2009, just before Gary Samore left his position as Vice President for Studies at the Council on Foreign Relations, he summed up his rather cynical view of how Iran would conduct negotiations. “The logical position the Iranians are bound to take,” he wrote in a post on the Council’s website, “is: ‘We’re happy to talk forever, as long as we can keep building centrifuges.'”

A few days later, Samore was named President Barack Obama’s top adviser on nuclear proliferation, making him one of the most influential figures in the administration with regards to diplomacy toward Iran. The strategy he attributed to Tehran of using negotiations to “play for time” while advancing to the goal of enough enriched uranium for nuclear weapons has been clearly expressed in recent statements by Obama and other senior administration officials in anticipation of new nuclear talks with Tehran. 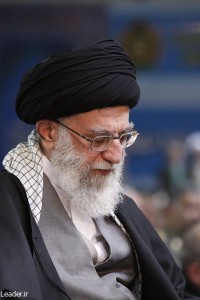 For Obama’s advisers, assuming Iran was simply “playing for time” justifies a heavy reliance on “coercive diplomacy,” which combines a boycott of the country’s crude oil exports and hints that an Iranian failure to come to agreement would open the way for an Israeli attack on Iran’s nuclear sites. But that conventional wisdom, which the Obama administration inherited from the Bush administration, ignores the accumulated evidence that Iran’s diplomacy strategy is to accumulate centrifuges, not in order to support a weapons program, but rather to negotiate a larger bargain with the United States.

That strategy, gleaned from sources in direct contact with Iranian national security officials and from Iran’s actual diplomatic record, can be summed up in three principles:

Contrary to the convenient argument that Supreme Leader Ayatollah Ali Khamenei resists agreement with the United States, he and leading officials on the Supreme National Security Council have long viewed negotiations with the United States as the only way that the Iran can achieve full security and emerge as a full-fledged regional power.

But Khamenei has very decided views about the timing of such negotiations. The proposal by then President Mohammed Khatemi to engage the United States in a political dialogue in January 1998 was sharply criticized by Khamenei. However, Khamenei’s argument was not that negotiations with the United States were unacceptable in principle, but rather that Iran was not yet in a strong enough bargaining position to achieve a favorable outcome.

Soon after George W Bush demonized Iran as part of the “Axis of Evil” in late 2001 and early 2002, Khamenei again denounced the idea of negotiations with the United States under those conditions as useless. But a series of seismic changes over the next year altered the Supreme Leader’s strategic assessment.

The first such change was the U.S. overthrow of Saddam Hussein. In the short run, U.S. military presence on Iran’s border posed the threat of a possible U.S. invasion of Iran. But if Iran had only been afraid of such an invasion, it would certainly have mobilized public opinion to prepare to defend the country.

Instead Khamenei prepared for a complex diplomatic engagement with the United States on the assumption that Iran now had new diplomatic leverage. The proposal Iran made to the Bush administration in May 2003 clearly assumed that the United States would be unable to gain control over Iraq without Iran’s help. It offered “Iranian influence for activity supporting political stabilization and the establishment of democratic institutions and a nonreligious government.”

The Iranian national security elite believed two other developments in 2002 and early 2003 gave Iran bargaining chips it could use in negotiations with Washington. One was the Bush administration’s need for Iran’s cooperation in interrogating al-Qaeda leaders who had been detained in Iran after fleeing from Afghanistan.

But the biggest source of leverage, the Iranians believed, was the Bush administration’s dramatically increased concern about Iran’s ability to enrich uranium, which had taken U.S. intelligence by surprise. After the first visit by the International Atomic Energy Agency (IAEA) to the uranium facility at Natanz in February 2003, Secretary of State Colin Powell expressed alarm, saying Natanz showed that “Iran is much further along, with a far more robust nuclear weapons development program than anyone said it had.”

The convergence of those three new developments convinced Khamenei that the moment had come to engage the United States diplomatically. Khamenei approved a secret proposal to the Bush administration in April 2003 for negotiations on the full range of issues dividing the two countries.

Despite the Bush administration’s refusal to even acknowledge it, that proposal reveals the broad outlines of what Iran hopes to accomplish in negotiations with Washington. It offered to establish three parallel working groups to negotiate “road maps” on the three main areas of contention: the nuclear program, “terrorism and regional security” and “economic cooperation”.

On the issue of its nuclear program, the Iranian proposal offered to accept much tighter controls by the IAEA, including the adoption of new IAEA protocol that would guarantee the IAEA access to any facility, whether declared or undeclared, on short notice – in return for “full access to peaceful nuclear technology.”

Iran’s negotiating document also offered to accept, as part of a “grand bargain” with the United States, the March 2002 Arab League declaration embracing the two-state solution to the Israeli-Palestinian conflict. Beyond that diplomatic position, Iran offered to stop “any material support to Palestinian opposition groups [Hamas, Islamic Jihad, etc] from Iranian territory” and to put “pressure on these organizations to stop violent actions against civilians within [Israel’s] borders of 1967.”  And it even offered to “take action on Hezbollah to become a mere political organization within Lebanon.”

The 2003 proposal thus made it clear that, in the end, Iranian support for Hezbollah and Hamas against Israel represented valued bargaining chips to be played in ultimate negotiations with the United States.

Finally, the secret proposal revealed what Iran hoped to obtain in return for giving up its negotiating chips. The list of Iranian aims included an end to U.S. “hostile behavior and rectification of status of Iran in the US,” including its removal from the “axis of evil” and the “terrorism list,” as well as an end to all economic sanctions against Iran. It also sought “recognition of Iran’s legitimate security interests in the region” and Iran’s right to have an “appropriate defense capacity” – presumably meaning the deterrent capability conferred by ballistic missiles.

The demands for an end to official U.S. enmity towards Iran and for a seat at the table in future regional security discussions have continued to be the ultimate aims behind Iranian efforts to maneuver the United States into serious negotiations.

The Bush administration remained hostile to serious negotiations with Iran. Negotiations with the British, French and German governments could only advance Iran’s interests if the Europeans were willing to press the United States on direct talks. But the Europeans offered only narrow economic benefits in return for ending Iran’s uranium enrichment and refused, at the insistence of the Bush administration, to talk about Iran’s broader security interests.

By mid-2006, after Iran had resumed uranium enrichment, Khamenei and his advisers were convinced that Iran’s diplomatic leverage had increased significantly. Khamenei’s top foreign-policy adviser, Ali Akbar Velayati, Iran’s foreign minister from 1981 to 1997, offered a rare glimpse of Iran’s strategic assessment at a seminar in Tehran on May 18, 2006. Addressing the evolution of Iran’s bargaining position in relation to the United States, he said: “We have at no time until now had such powerful means for haggling.”

Velayati referred specifically to “the influence we have now in Iraq and Palestine.” What he did not say was that Iran was seeking to rapidly increase the number of centrifuges at Natanz in order to create “facts on the ground” that would give the U.S. a motive to come to the negotiating table. As top officials of Iran’s Supreme National Security Council told one observer in Tehran, the stockpile of low-enriched uranium Iran would be accumulating were bargaining chips to be used in the eventual negotiations with Washington.

Velyati was not coy about drawing the policy conclusion. “Now that we have the power to haggle,” he said, “Why don’t we haggle?”

The Obama administration’s failure to grasp the logic underlying Iran’s negotiating strategy ensured the failure of the first round of U.S.-Iran negotiations in October 2009. The U.S. proposal for a swap of roughly three-quarters of all the low-enriched uranium Iran had accumulated to fuel Iran’s Tehran Research Reactor was aimed at stripping Iran of most of its low-enriched uranium.

For the United States, that was viewed as a diplomatic triumph. But all of Iran’s political factions united in objecting to the demand on the grounds that it would deprive Iran of the leverage it had gained from its LEU stockpile. Mir Hossein Mousavi, Ahmadinejad’s rival in the June 2009 presidential election, expressed that complaint indirectly, observing that if Iran agreed to give up so much of its LEU, the efforts of thousands of scientists would “go up in smoke.”

After no agreement was reached on a fuel swap plan, Iran began enriching uranium to 20 percent, to serve as fuel for its research reactor. That was regarded by the West as a big step closer to weapons-grade enrichment, partly on the ground that Iran could not fabricate the fuel rods needed for the reactor. But Iran was really accumulating more bargaining chips for the negotiations it still hoped to have eventually with Washington.

In the present negotiations with the P5+1, Iran is still pursuing the same objectives with the same hope of cashing in its accumulated negotiating chips. That is why Syed Hossein Mousavian, who was spokesman for Iran’s nuclear negotiating team between 2003 and 2005 and foreign policy adviser to the secretary of the Supreme National Security Council,, has warned that the “piecemeal approach” so dear to the hearts of U.S. officials is a formula for diplomatic failure.

Iran “needs to know the entire game plan, including the end goal, before committing itself to anything,” Mousavian wrote. The history of Iranian efforts to achieve a negotiated settlement supports Mousavian’s warning. It is time for the United States to shed its shallow propagandistic view of Iranian strategy, and accept the necessity for real bargaining with Iran on fundamental issues.

Gareth Porter is an investigative historian journalist on US national security policy with a PhD in South-east Asian studies from Cornell University. He has taught international studies at City College of New York and American University and has written several books on Vietnam, including Perils of Dominance: Imbalance of Power and the Road to War (University of California Press, 2005). He has also written on war and diplomacy in Cambodia, Korea and the Philippines. [This article originally appeared at Al Jazeera’s Web site.]

← The ‘Drone War’ Expands
About the bin Laden Anniversary →