With negotiations set to begin with Iran over its nuclear program, the Obama administration is signaling a hard line toward closing Iran’s newest and best protected site built into a mountain. But such a demand could torpedo a peaceful settlement to the dispute, warns ex-CIA analyst Paul Pillar.

We ought to hope that the description in a New York Times report of the U.S. position going into negotiations with Iran about nuclear activities does not fairly represent what U.S. and other Western negotiators will bring to the table.

Perhaps we can take heart in the absence of a good reason to expect that leaks to journalists of negotiating positions will be complete and entirely accurate. Leaks, after all, are designed for various audiences, and not necessarily the one that will be faced across the conference table. 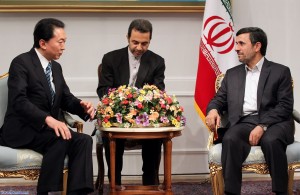 Nonetheless, it is disturbing to read of an approach that probably would diminish rather than enhance the prospects for movement toward an agreement that satisfies Western interests. The lede of the Times story is that the Obama administration and its European partners will open the talks by “demanding the immediate closing and ultimate dismantling” of Iran’s uranium-enrichment facility at Fordo.

This is the newer of two such Iranian facilities and the one that, because it was constructed, no doubt at substantially higher cost, inside a mountain, is relatively less vulnerable to armed attack. This demand echoes Israeli defense minister Ehud Barak’s recent singling out, amid more talk by Barak in the same interview about possibly resorting to military force, of closure of Fordo as a key Israeli objective.

The Western message to Tehran seems pretty clear: we might be willing to tolerate some sort of Iranian nuclear program, but only one consisting of facilities that would suffer significant damage if we, or the Israelis, later decide to bomb it.

In other words, we insist on holding Iranian nuclear facilities hostage to armed attack. Not the sort of formula that inspires trust among Iranian leaders and gives them much incentive to move toward an agreement.

Two major pieces of context should be remembered in thinking about negotiating positions on the Iranian nuclear issue and how Tehran is likely to approach the negotiations. One is that Iran, unlike nuclear-weapons states to its west and east, including one very hostile to Iran, is a party to the Nuclear Nonproliferation Treaty and subjects its nuclear facilities to international inspections.

These are parts of the global nonproliferation regime, which also embodies a right to peaceful nuclear programs. Demands being levied on Iran but not on others thus constitute a glaring double standard.

Repeated references to the need for Iran to “live up to its international obligations,” as mentioned by the National Security Council spokesman on Friday, refer not to any universal obligation but instead to Iran-specific United Nations Security Council resolutions that were pushed by the United States and that embody the double standard.

The other contextual factor is that getting any international agreement requires each side to have confidence that the other side is serious about reaching a settlement and that, if an agreement is reached, the pain and costs of not having an agreement will end.

Amid the overwhelming and unrelenting emphasis on inflicting ever-greater pain on Iran through draconian sanctions, not to mention all the saber rattling about possible use of military force, there is no shortage of incentives on the negative side of the ledger for Tehran to want an agreement.

The doubts concern the ledger’s other side, which has to do with how Tehran perceives the West’s intentions and seriousness about an agreement as well as what an agreement would or would not mean for Iran.

The Iranians have good reason for doubts. There is ample reason for them to believe, a belief reinforced by the experience of Muammar Gaddafi in Libya, that ultimately the main Western interest is in regime change.

In the near term, they also have reason to wonder whether, if they start making significant concessions, they will see any significant lessening of the sanctions. (There is no mention of that in the Times story.)

And although the Obama administration does want a deal, demands that can easily be interpreted either as deal breakers or as having been selected with a military attack in mind tend to raise questions about that, too. Relieving such doubts ought to be a major objective of the United States and its P5+1 partners in planning their approach toward the talks.

The Obama administration has placed high stakes on negotiations with Iran. In dealing with the immediate problem of an Israeli government with an itchy trigger finger, the administration has signed on to the Israeli position of an Iranian nuclear weapon being unacceptable.

The United States ought to place heavy emphasis on negotiations with Iran in any case. There is still ample unexplored negotiating space for reaching an agreement with Tehran. But given the stakes, the administration cannot afford to risk messing up the process by focusing on demands that seem to have more to do with simplifying the task of Israeli military targeteers than they do with anything else.

3 comments for “US Signals a Hard Line in Iran Talks”