As Americans struggle with their tax returns, they are reminded how skewed the tax system has become, with multi-millionaires who live off investments paying a lower rate that middle-class people who go to work every day, a situation that Danny Schechter says deserves protest.

Every year I trek down to a nondescript office building near Wall Street with a bag full of receipts and a belly full of anxiety. When it’s tax time, I always hope for the best but

I also had an accountant whom I trusted to keep me on the up and up. He was recommended years earlier by the Yippie activist Abbie Hoffman, who wanted to avoid the Al Capone problem of getting nabbed on tax charges. 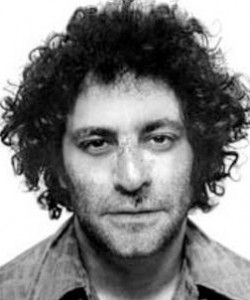 Abbie had been busted enough for his political activities and didn’t want more jail time for non-payment of taxes. So he had to be like the driven snow to withstand any audit. And he was. He was a revolutionary who held his nose and paid the man.

Back in the day, the government used IRS investigations to threaten political activists and to intimidate activists who paid their taxes, as opposed to those who became tax resisters and refused to pay for wars.

Those war-tax resisters seemed to always get special attention from the IRS enforcement division, which wanted to make an example of a few people who challenged the people fronting for a  “Defense” budget that never stopped growing and has had little to do with real defense.

I admire their bravery and defiance but haven’t had the guts to join them. In some countries, tax defiance is growing against new taxes imposed in the aftermath of repugnant cutbacks in the name of austerity.

The New York Times reports from Ireland that there’s a massive boycott underway of a new property tax: “Anti-austerity protesters are claiming victory after the government acknowledged that around 50 percent of Ireland’s estimated 1.6 million homeowners failed to pay a new, flat-rate $133 property tax by the March 31 deadlines.”

Today, especially thanks to Occupy Wall Street, we know how economic inequality grew while the people with the most money in society worked the hardest not to not pay their fair share. The One Percenters have been resisting for years, “legally” they claim. Those armed with lobbyists and pricey tax firms have never seen a deduction they don’t like or a sleazy maneuver they wouldn’t try.

As Chuck Collins writes in his new book 99-1: “In 2010, 25 of the 100 largest U.S. companies paid their CEO more than they paid in U.S. taxes. This is largely because corporations in the global 1 percent use off shore tax havens to dodge their U.S. taxes.”

The “experts” who have looked at the taxes we pay look away with disgust. This is from Ezra Klein’s Blog in the Washington Post:

“Bruce Bartlett and Kevin Drum point to a striking table in the 2012 Economic Report of the President [pdf] showing that there’s a huge variation in what people of similar income levels actually pay in federal taxes.

“Those in the middle-income quintile, for instance, can pay anywhere between 1.7 percent and 23.5 percent of their income in federal taxes. About a quarter of the wealthiest Americans, meanwhile, have a lower average tax rate (17.4 percent) than many of those in making far less money.

“What explains the wild variation? Part of it is that some Americans, Mitt Romney is the most famous example, get a sizeable chunk of their income from capital gains, taxed at a lower rate than salaries. There are also a variety of deductions and credits in the tax code that only certain people either can or do take advantage of.

“Bruce Bartlett comments that the tax code has become misaligned with basic fairness principles: ‘We can see, then, that the tax system in the United States violates the fundamental principles of income taxation.’”

No surprise here, as we have watched the Republicans CUT the taxes of the richest Americans.

Americans For Financial Reform is trying to make the tax issue into a political controversy without much help from our tepid and complicit media, writing:

“With Tax Day just around the corner, and so many Americans struggling to make ends meet, we can’t help but notice that Wall Street is still not paying their fair share.

“[On April 1], we sent out a press release announcing that prominent bankers now supported a financial speculation tax. Of course, that was an April fools joke. They don’t. And they won’t. Which is why it’s so important for all of us to take action.

They add: “A small tax on financial transactions has the potential to raise significant revenue and simultaneously limit reckless short-term speculation that can threaten financial stability. We are writing to ask you to support such a tax for the United States.

“We are also asking that you put an end any Treasury Department opposition to the implementation of the tax in Europe. Many European countries are moving ahead with this idea, and so should the United States.”

The Democrats are legitimately attacking Republican Paul Ryan’s “budget,” which will insure more tax breaks for the rich, while at the same time they are backing a law that undercuts financial regulation, as former Labor Secretary Robert Reich explains:

“And then there’s the ‘Jumpstart Our Business Startups’ or ‘JOBS’ Act. It allows so-called ‘crowd funding’ by which people whose net worth is less than $100,000 can gamble away (invest) up to 5 percent of their annual incomes in any get- rich-quick scam (start-up) that any huckster (entrepreneur) may sell them.

“Forget the usual investor disclosures or other protections. In the interest of ‘streamlining,’ Congress has streamlined the way to fraud. Although start-ups will have to market themselves through third-party portals approved by the Securities and Exchange Commission, this is like limiting Bernie Madoff to making pitches over the radio.

“The SEC can barely keep track of Wall Street let alone thousands of Internet portals. Small wonder SEC Chair Mary Schapiro has been one of most outspoken critics of bill.

“The bill was sold to Congress as a way to promote jobs (note the acronym) on the supposition that small start-ups create huge numbers of them. Wrong. That assumption comes from research by the Kauffman Foundation, which counted as a ‘start-up job’ every laid-off worker who morphed into an independent contractor.”

This may be the year for OWS to consider Occupying the IRS, or at least finding a dramatic way of challenging the lack of fairness in our tax codes as well as the “priorities” the tax money currently funds including wars and subsidies for those that don’t need them

You don’t have to be, or have, an accountant to know the score. Death and taxes will always be with us but this current tax regime is so skewed and disgusting that it demands to be junked and challenged.