From Editor Robert Parry: When I founded the Consortiumnews Web site in 1995, I had the rather naive notion that Americans cared enough about truly independent journalism on important topics that we could raise adequate money for at least a low-budget investigative project based on the then-newfangled Internet.

Yes, I did know that the mid-1990s were a time of mostly brain-dead media, when Ronald Reagan was hailed as one of the greatest presidents and the press corps obsessed over exaggerated “Clinton scandals” except when cable news went 24/7 over some pretty American blonde woman gone missing.

I also should have paid heed when I encountered resistance from some wealthy individuals who I thought might help. They searched for excuses not to, possibly fearing that our reporting would prove uncomfortable or inconvenient. Some expressed worries about costs, as if journalists weren’t the most reliable people to handle money, especially regarding journalism projects. 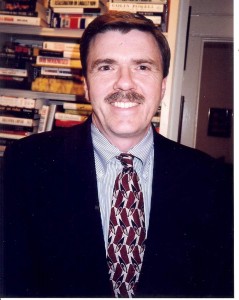 Still, I thought the growing triviality of the mainstream press must have left some space in the media marketplace for serious truth-telling, historical context and old-fashioned investigative journalism. So, I pressed ahead, cashing out my Newsweek retirement account (and even paying a penalty to the IRS for the early withdrawal) to raise the money to get the project off the ground.

What we showed then  and have continued to demonstrate for more than 16 years is that our original vision could work, at least journalistically. We have produced not only quality investigative journalism on a shoestring, but we have generated stories that change how people understand the world, both historically and currently.

Just recently, for instance, I was able to glean from declassified records at the LBJ Library in Austin, Texas, insights into why the Vietnam peace talks failed in 1968, what then-President Lyndon Johnson knew about Richard Nixon’s “treason,” and who might even have profited from inside knowledge of Nixon’s peace-talk sabotage.

I was able to keep the cost of the entire trip at less than $1,000 by using my own frequent flyer mileage and traveling on a tight budget. (And there are still more stories to come from the trip.)

Sadly, however, we still struggle to pay the bills at Consortiumnews.com. Despite our careful spending and our site’s expanding content our future remains in doubt. While I am proud of how many small donors chip in what they can, I still encounter resistance from many wealthier individuals who have other priorities.

There remains this idea among some potential donors that “the truth will out,” even if there are not honest and determined people fighting to get it out. Yet that is even a more naive notion than my own early belief that it wouldn’t be that hard to build a “consortium” of people who understood the need to finance courageous journalism.