A suspected Israeli-sponsored assassination campaign has claimed the lives of five Iranian scientists supposedly linked to the country’s nuclear program. But the evidence implicating some scientists in nuclear research may be as murky as the suspicions that a weapons program even exists, writes Gareth Porter at Truthout.

On July 23, 2011, a 35-year-old Iranian electrical engineering student named Darioush Rezaeinejad was gunned down as he and his wife, who was also wounded in the attack, waited for their child in front of a kindergarten in Tehran.

Israel has never denied that it was behind that assassination, and two senior US officials have confirmedto NBC news that the accusation by Ali Larijani – a senior adviser to Iran’s supreme leader Ali Khamenei – that Israel’s Mossad had used the Mujahideen E. Khalq (MEK) to carry out the killing of Iranian scientists was essentially accurate. 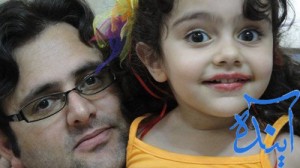 Rezaeinejad was the fourth Iranian scientist whom the Israelis had tried to assassinate, but what was different about his assassination is the subsequent effort by the Israelis to justify it after the fact. That effort casts new light not only on the larger assassination campaign, but on the way in which Israel has gone about constructing its contention that there is an active Iranian nuclear weapons program.

In the first hours after Rezaeinejad was gunned down, the chancellor of Khajeh Nasir Toosi University, Majid Ghasemi, identified him as an MS electrical engineering student who had specialized in power engineering. Ghasemi said he was unaware of any involvement by Rezaeinejad in Iran’s nuclear program.

Iranian officials were convinced, at first, that the assassins had confused the young student with an assistant professor at Amir Kabir University of Technology in Tehran named Dariush Rezaei Ochbelagh, who is a specialist in nuclear reactors.

Fars News Agency reported the next day that it was indeed the student in electrical engineering who had been assassinated. The agency reported that Rezaeinejad had been doing basic research on high-voltage switches. Noting that high-voltage switches are used in detonators for nuclear weapons and missiles, the agency speculated that this was why Rezaeinejad was put on an “assassination list.”

It pointed out, however, that high-voltage switches have many nonmilitary as well as conventional applications, and insisted there was “no evidence” that Rezaeinejad’s work was related to nuclear weapons.

The possibility that Mossad killed the wrong Iranian scientist cannot be completely ruled out. But almost immediately after his murder, Israel sought to justify the murder of Rezaeinejad by presenting him as working on the covert nuclear weapons program Israel had been claiming for years.

Associated Press correspondent in Vienna, George Jahn, reported on July 28 that an anonymous official of an anonymous “member state” of the International Atomic Energy Agency (IAEA) told him that Rezaeinejad had been participating in “developing high voltage switches,” which he described as “a key component in setting off the explosives needed to trigger a nuclear warhead.”

Jahn’s anonymous source also gave him the abstract of a professional paper by Rezaeinejad, which Jahn reported “appeared to back that claim.” Jahn went on to quote a source he described as a “former UN nuclear inspector,” who said the title of the paper would make an “explosive application” of the switch “likely” and suggested that he had co-written professional articles with a specialist on “explosives testing,” further confirming that view.

Two months later, on Sept. 19, Jahn and his anonymous source from the unnamed member state were back at it again, this time with a purported “intelligence summary” claiming to identify the researcher who had allegedly collaborated with Rezaeinejad on making a “key component” of a nuclear weapon as Mojtaba Dadashnejad. The alleged collaborator was said to have been playing “a key role at the center of the Iranian nuclear project,” according to Jahn.

The “intelligence summary” further claimed that Iranian officials suspected that Dadashnejad had “leaked information” that led to the killing. There was no explanation as to why the purported collaborator, supposedly at “the center” of Iran’s nuclear weapons program, would have decided to “leak” information that he would have known would expose both of them to being killed by an Israeli-sponsored assassination team.

Finally, the intelligence summary claimed that Rezaeinejad was not an electrical engineer at all, but a “physicist” who had worked for the Iranian defense ministry on not only high-voltage switches, but also on other projects linked to nuclear weapons development – which it did not identify.

But an investigation into the Rezaeinejad case reveals that Israel had used the AP’s Jahn to carry out a deliberate disinformation campaign about the victim to justify his murder. Rezaeinejad left a record of published research which makes it very clear that he was indeed an electrical engineer, rather than a physicist, and that he had been working on basic electrical power engineering technologies.

The title of the professional paper by Rezaeinejad that was cited as evidence of his ties to a nuclear weapons work, written for the 2008 Iranian Conference on Electrical Engineering, was translated into English as “Design, Build and Test an Explosive Closing Switch.” His co-author on the paper, which can be found on the Internet, was indeed Dadashnejad, and the paper refers to a “test explosion of a switch for switching packets.”

But the Israeli official and his former UN “nuclear inspector” were implying that the “explosion” to be tested involved high explosives such as would be used to detonate a nuclear weapon. That was profoundly misleading, according to Dr. Behrad Nakhai, a nuclear engineer and former research scientist at Oak Ridge National Laboratory.

“One shouldn’t make too much of the word ‘explosive’ in the title and in the abstract,” said Nakhai, who suggested that “spark” would be a more appropriate term to describe what was tested in Rezaeinejad’s research. In fact, the abstract also refers to the closing switch in question as a “spark gap switch.”

The “key words” accompanying the abstract further suggest that the closing switch Rezaeinejad was developing was for an “explosive pulsed power” system, an electric power technology which uses an explosive to produce the most rapid release of energy possible.

Explosive pulsed power (EPP) was originally developed by Los Alamos National Laboratory and its Soviet counterpart in support of the respective governments’ nuclear weapons programs. But in recent decades, EPP programs have sprung up in a number of countries as scientists and engineers have discovered a range of military and nonmilitary applications.

As for Rezaeinejad’s co-author, Dadashnejad, there is no institutional affiliation listed and no further record of any publications. Three Iranian-American scientists and engineers have told this writer that inquiries to their colleagues in the academic community in Iran about that individual have brought the same response: no one has heard of him.

Nakhai, the nuclear engineer and former research scientist at Oak Ridge National Laboratory,   believes that Dadashnejad may not have been a specialist on explosive testing, as the “former UN weapons inspector” and Israeli intelligence suggested, but merely a junior laboratory technician who helped Rezaeinejad assemble materials and carry out the testing.

Nakhai noted that the publication of that paper itself is actually strong evidence that neither Rezaeinejad nor Dadashnejad had any involvement whatever in anything related to nuclear weapons research.

“If an individual were involved the design and production of any part of a nuclear weapon,” he told me, “they would not have been allowed to publish any paper with even the slightest hint of the research and development.”

Two other professional papers by Rezaeinejad confirm the fact that he had been carrying out rudimentary research on basic electrical technologies with a range of commercial applications. In a paper published at the same annual conference on electrical engineering in 2007, Rezaeinejad had described research on electrolyte resistors for a high-voltage pulsed power system. Such resistors are found in most electronic equipment.

And in 2006, Rezaeinejad presented a paper on the “Design and Simulation of a 5000 kV Marx Generator.” The Marx generator is a basic technology for generating high-voltage pulses used in testing the insulation of electrical systems such as large power transformers.

The story peddled by the Israeli “intelligence summary,” that Iranian officials suspected Dadashnejad of having “leaked” information about the sensitive work it claimed he and Rezaeinejad were doing for the military, was even more far-fetched.

The logical implication of that claim would be that Dadashnejad – supposedly a top scientist in the nuclear weapons program – had reported Rezaeinejad’s work to Israeli intelligence. Perhaps it was imagined that such a detail would lend more credibility to the idea of Rezaeinejad as secretly working on nuclear weapons.

What Associated Press and the raft of newspapers which featured Jahn’s story should have asked themselves – even without having carefully examined the details of the claims – was why a researcher involved in a covert nuclear weapons program would go about his daily life in Tehran without the slightest security precautions, despite the previous assassination or attempted assassination of three Iranian scientists.

A notable feature of the Israeli effort to justify the killing of Rezaeinejad is the role played by an unnamed “former UN nuclear inspector.” The only former IAEA inspector who is known to have passed on “intelligence” about Iran from an IAEA member state or from someone inside the IAEA is David Albright, the head of the Institute for Science and International Security in Washington, DC.

It was Albright who revealed the name of the Ukrainian scientist Vyacheslav Danilenko to a group of intelligence officials last October. Danilenko was reported in the November 2011 IAEA report as a “former nuclear weapons specialist” who allegedly helped Iran build a containment vessel to carry out testing of nuclear weapons designs.

In comments on the PBS NewsHour on Jan. 12 about the assassination of Mostafa Ahmadi-Roshan, a procurement officer at the Natanz uranium enrichment facility, Albright appeared to be justifying the killing by speculating that Roshan was responsible for international smuggling of materials into Iran.

For example, Israel, backed by the Bush administration, began insisting in 2004 that the Iranian military was the real power managing the Gchine uranium mine in order to secretly acquire uranium for a covert weapons program, despite the evidence that the Atomic Energy Organization of Iran was managing the mine.

And that same year, the Israelis and their allies in Washington pointed to satellite photos of the Parchin military testing facility that they claimed showed sites that must be for testing nuclear weapons without fissile material. They insisted that the IAEA visit the facility twice to find a nuclear weapons testing site, but after inspecting ten different buildings and grounds in two different areas of that base, they found nothing.

Rezaeinejad was a victim of the same scattershot approach, which claims a connection to nuclear weapons on the most slender and far-fetched evidence. But the Israeli government has been able to take advantage of the credulity of the news media to cover up the irrationality of its terrorism.

Gareth Porter is an investigative historian and journalist specialising in U.S. national security policy. The paperback edition of his latest book, Perils of Dominance: Imbalance of Power and the Road to War in Vietnam, was published in 2006. [This analysis was originally published at Truthout.]