Even as Israeli leaders focus the world on a possible war with Iran, the neocons are prepping public opinion for another bloody assault on Palestinians in the Gaza Strip, what one article likened to “mowing the grass.” Ex-CIA analyst Paul R. Pillar sees the need for serious peace talks.

The 140-square-mile patch of misery known as the Gaza Strip suffers from two degrees of inattention.

First, any hope of being lifted permanently out of the misery rests on Israeli-Palestinian diplomacy that is now moribund. Benjamin Netanyahu’s war-mongering on Iran has succeeded in pushing the unresolved plight of Palestinians almost entirely off the Israeli-American agenda. 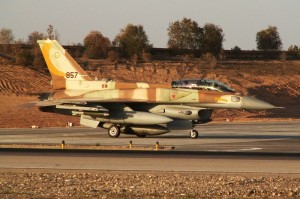 This was demonstrated earlier this month when a visit to Washington by Netanyahu and a major AIPAC conference were remarkable for how little either one explicitly addressed the unresolved Israeli-Palestinian conflict.

Second, to the extent that conflict gets any attention, the attention focuses more on the West Bank (including East Jerusalem), where continued Israeli colonization of conquered land is pushing a two-state solution ever closer to infeasibility.

There once were a few thousand Israeli settlers in the Gaza Strip (in contrast to the half million in the West Bank), but as these numbers indicate, Israelis never coveted this piece of sand as much as they do lands to the east. Seven years ago Ariel Sharon pulled Israelis out of the strip, successfully dealing with the few diehard settlers who resisted.

Since then Israeli governments seem to have wished that the Gaza Strip could somehow just go away. That not being possible, they instead have dealt with it as if it were a den of unruly, infectious creatures that could be cordoned off, with an occasional overt use of force to swat the creatures down. The well-being of the people who really live in the strip, and the ways in which Israel’s assault on that well-being redound to Israel’s own disadvantage, do not seem to have figured into Israeli government thinking.

Whether or not anyone gives due ethical regard to the welfare of Gazans, the short-sighted cordon-and-swat Israeli approach will continually make the Gaza Strip a locus of trouble and instability.

The most recent reminder of that has occurred within the past week. The trouble began with the latest Israeli swat: the killing last Friday with an air-to-ground missile of Zuhair al-Qissi, the leader of a militant group called the Popular Resistance Committees. Palestine Islamic Jihad took the lead in retaliating by firing rockets back into Israel, which in turn led to more Israeli airstrikes in the Gaza Strip. By Tuesday the Egyptians had brokered a truce, which was still shaky as of mid-week.

The latest round of fighting demonstrates anew how Israel’s iron-fisted approach of blockades, airstrikes and invasions never has and never will bring peace to Israel’s southwestern border. It is little more than three years since Operation Cast Lead, a full-scale Israeli invasion that killed around 1,400 Palestinians, including hundreds of civilians, and inflicted such extensive physical damage to the Gaza Strip that, combined with the effects of the previous blockade, it caused a humanitarian crisis that in some ways continues today.

Neither Israeli nor Palestinian leaders seem anxious for a new war right now in Gaza. Some Israeli politicians have warned that such a war would risk undoing the success the war-mongering talk about Iran has had in diverting attention from the Palestinians’ plight and focusing it instead on the Iranian nuclear program. The successful operation of Israel’s Iron Dome anti-rocket defensive system has relieved what might otherwise have been greater popular pressure on Israeli leaders to strike back faster and even more forcefully.

There nonetheless is talk in Israel about launching at some point another war against Gazans. Israel’s finance minister, Yuval Steinitz, said “sooner or later, and I don’t want to quote dates, we will have to do a ‘root canal’.”

The talk reflects another Israeli idÃ©e fixe, one that is just as short-sighted as the reliance on cordon-and-swat: an absolute refusal to have anything to do with Hamas except to try to crush it (and occasionally to exchange prisoners with it). This obsession continues no matter what Hamas does and no matter how substantial a portion of Palestinian opinion it may represent.

Hamas has not been involved in the most recent round of rocket-firing, and it was Hamas that sought Egyptian help to negotiate a cease-fire. Hamas’s staying on the sidelines of this latest round follows months in which it has spoken more of moving away from violent resistance and has tried anew to reconcile with the Fatah of Mahmoud Abbas.

Steinitz’s comments nonetheless indicate that making things as difficult as possible for Hamas is at least as important to the Israeli government as stopping any rockets. Israel “cannot accept in the long run,” he said, a Hamas regime in Gaza.

The counterproductive (if one were interested in peace, that is) Israeli attitudes at play are vividly displayed in a paper published this week by Efraim Inbar and Max Singer of the Begin-Sadat Center for Strategic Studies, a version of which appeared as an op-ed in the Jerusalem Post. Their piece is titled “The Opportunity in Gaza”, it’s interesting how a violent, destructive clash is viewed as a “opportunity.”

They argue for a full-scale invasion of the Gaza Strip now, one even bigger and more damaging than Cast Lead, with the objective of destroying as much of Hamas as possible. They blatantly recommend exploiting the U.S. electoral calendar, arguing that “until November, the U.S. is likely to restrain rather than promote international action against Israel in response to an action in Gaza.” They say “deterrence created by Cast Lead” is “wearing thin,” and “military action now could restore deterrence.”

Someone should point out to Inbar and Singer than when you repeatedly have to go to war that means deterrence is not working. But they don’t seem to care, fully accepting the prospect that in the future “Israel will probably have to ‘mow the grass’ again.” There is not a single word in their paper about the lives and livelihoods of the residents of the Gaza Strip, or the effect what they are recommending would have on those lives.

May both Palestinians and Israelis be spared from such perverse thinking.

19 comments for “Preparing to ‘Mow the Grass’ in Gaza”