International agencies and global movements target human rights violators from small or isolated countries, but the idea of holding accountable the powerful and well-connected who cause much greater human suffering is considered unthinkable, a paradigm that Danny Schechter challenges.

For the most part, journalists report what they know and hope that someone pays attention. With so many media outlets, brands, bloggers and sloggers out there, it is rare for challenging ideas to touch a larger nerve or get visibility beyond fragmented followings.

The idea of winning global attention is a far-off dream unless you break the biggest exclusive or win the first interview with, say, Jesus on his return to Earth. (And that could be ignored if your name isn’t Oprah, etc.) 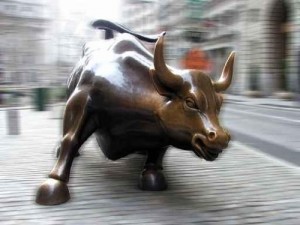 Yes, sometimes going viral is the way to go, as is the case of a new video exposing the head of the Lords Resistance Army, the Ugandan terror crazies. But even then, stories are always flashing one minute, gone the next, unless other media outlets pile on and raise a story’s profile as happened in the United States during Watergate and other issues, mostly sex scandals, since.

By and large, you labor on in the media wilderness hoping the time will come when someone outside your world recognizes your value and gives you a bigger platform, usually more than just one TV interview or quote.

That may — I stress may with a small m — be happening to me. A few weeks back, the International Institute for Peace, Justice & Human Rights, a human rights NGO in Geneva that lobbies the UN, invited me to present my views on the relationship between the global financial crisis and human rights.

This is an issue I have been working on since 2005 when I started making the film “In Debt We Trust: America Before the Bubble Bursts.” After it burst, I followed up with a focus on financial times with “Plunder the Crime of Our Time” and the companion book The Crime of Our Time.

For nearly two years, I tried to raise the visibility of my arguments until better-funded films came along and Occupy Wall Street burst on the scene. I certainly wish it was my doing, but by then, there was something in the air, and who knows, I might have helped see the clouds. I write about that in my new book Occupy: Dissecting Occupy Wall Street.

Now a new moment has arrived. I will be in Geneva next week making the case for the financial crisis as a crime against humanity, an international offense that the UN was set up to prevent and now even prosecutes, however sparingly, in the International Criminal Court. (Needless to say, there have barely any prosecutions of financial criminals in the U.S. The New York Times runs a page-one headline, “High-Level Trials Have Been Absent,” but the story is about corruption in Afghanistan, not on Wall Street.)

Here’s how the speech I have written begins:

Leave it to a Harvard Business School Professor, deeply schooled in the nuances of corporate practice, to raise one of the most profound analyses to come out of a devastating financial crisis that has become a seemingly permanent feature of global life. Back in 2009, Professor Shoshanna Zuboff, argued that “crimes against humanity” had been committed by Wall Street’s financial manipulators.

“By refusing to consider the consequences of their actions, those who created the financial crisis exemplify the banality of evil,” she wrote. Quoting on, she noted in the pages of Business Week:

“Each day’s economic news leaves me haunted by Hannah Arendt’s ruminations on Nazi war criminal Adolph Eichmann as she reported on his trial in Jerusalem for The New Yorker 45 years ago. Arendt pondered ‘the strange interdependence of thoughtlessness and evil’ and sought to capture it with her famous formulation ‘the banality of evil.’ Arendt found Eichmann neither ‘perverted nor sadistic,’ but ‘terribly and terrifyingly normal.’”

She even found a way of comparing the economic catastrophe that so many of us are living through to the Holocaust, although back stepped, no doubt in fear of provoking too strong a dismissive reaction from those who see that crime as uniquely horrific in history. She wrote:

“The economic crisis is not the Holocaust but, I would argue, it derives from a business model that routinely produced a similar kind of remoteness and thoughtlessness, compounded by a widespread abrogation of individual moral judgment.

“As we learn more about the behavior within our financial institutions, we see that just about everyone accepted a reckless system that rewards transactions but rejects responsibility for the consequences of those transactions. Bankers, brokers, and financial specialists were all willing participants in a self-centered business model that celebrates what’s good for organization insiders while dehumanizing and distancing everyone else, the outsiders.”

It is precisely this framework though, steeped in moral as well as economic lessons that we need to adopt to judge the vast human rights implications of the decisions and practices that led to the massive unemployment, homelessness, foreclosures, downward mobility and poverty that grips our world.

Is there the slightest chance of a remote possibility that a UN body, made up, as it is by politicians and nation states, would acknowledge the need for, much less the desirability of, prosecuting financial institutions and the governments that cover up for them, often in the name of protecting the social and economic rights of vulnerable people caught in the matrix of downward mobility?

At a time when the “right to protect” is so much in vogue, that is, when it involves bombing and drone attacks that actually cause additional harm to vulnerable civilians trapped in wars, can it be reframed as an affirmative duty for an international body to step in where national governments are unwilling to tread to stand up for the rights of millions facing poverty and joblessness because of the deregulation and decriminalization by legislators compromised by corruption and payoffs.

In what everyone agrees is a GLOBAL crisis, is there not a need for Global solutions that go beyond somewhat stronger national regulations and “reforms” that have proven illusionary. Even the overdue Tobin Tax on financial transactions is not international and inadequate.

–Where are the global rules outlawing risky derivatives and casino-like gambling with people’s lives in financial markets?

–Where are the safeguards against the offshore hoarding of corporate funds and great fortunes? Are these abuses not as serious as insider trading?

–Where is the exposure of the economic austerity programs launched with official knowledge about the pain they will cause to ordinary people who are not responsible for the economic meltdown? Can the UN protect them?

–Where is the outrage against programs and policies that deepen economic inequality, or violently repress peaceful protests by citizens working for economic justice?

–Hasn’t the UN been tracking the international abuses against non-violent Occupy Movements worldwide?

–Is all the police overreach, surveillance, spying and the use of provocateurs to promote violence, not worthy of UN attention and condemnation as it is taking place worldwide and across borders?

–Where is the global determination to investigate more deeply, name and shame the financial violators of human rights, indict the guilty and prosecute them in the name of global justice?

–Why all the silence in the face of this ongoing onslaught against democracy and economic prosperity.

–Aren’t social and economic rights as worthy of upholding as political ones?

Isn’t it time to get serious or forever hang our heads in shame?

I will report next on what happened in Geneva, if anything.

News Dissector Danny Schechter writes the Newsdissector.net blog. He has written widely and made films about financial crimes. He hosts a radio show on PRN.fm. Comments to dissector@mediachannel.org

← In Case You Missed…
Slovakia Defies the Kochs and Cato →