Exclusive: President Obama sent Israeli Prime Minister Benjamin Netanyahu home with a warning that Israel cannot count on U.S. support if it unilaterally bombs Iran. Top neocons are fuming and Netanyahu must weigh the risk of defying Obama on Iran and trying to deny him reelection, writes Robert Parry.

The Washington Post’s Charles Krauthammer wants war with Iran and he’s furious at President Barack Obama for making it clear to Israeli Prime Minister Benjamin Netanyahu that if Israel attacks now, it will do so on its own.

On Friday, Krauthammer, who represents the super-hawk wing of the Post’s neocon-dominated editorial section, took special umbrage with a background quote from one of Obama’s advisers who said, “We’re trying to make the decision to attack as hard as possible for Israel.” Krauthammer deemed that remark “revealing and shocking.” 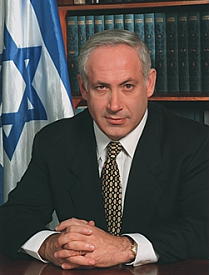 For Krauthammer, Obama’s only right answer to Netanyahu’s belligerent demands would have been a blank check to be paid by the American military and U.S. taxpayers. However, Krauthammer’s furious lament does reflect an important reality regarding Israel and Iran: Obama stands as the chief obstacle to another war.

With the exception of Rep. Ron Paul of Texas, the remaining Republican candidates for president Mitt Romney, Rick Santorum and Newt Gingrich have all indicated they are ready to hand that blank check to Netanyahu and, in exchange, would surely appreciate any help that he can give in pushing Obama out of the way.

Indeed, Netanyahu must now be pondering whether he can take out two troublesome birds with one stone, with an Israeli bombing attack devastating Iran’s nuclear program and simultaneously creating enough international chaos especially soaring oil prices to ensure that Obama doesn’t get a second term.

I’ve been told that Netanyahu is as frightened over what Obama might do in a second term when he won’t have to worry so much about the Israel Lobby as Prime Minister Menachem Begin was in 1980 over the prospect of Jimmy Carter getting reelected. At the time, Begin foresaw pressure from Carter for a Palestinian state, and thus Begin threw in his lot with Ronald Reagan and the Republicans.

In the 1991 book, The Last Option, former Mossad and Foreign Ministry official David Kimche described Begin’s attitude in noting that Israeli officials had gotten wind of “collusion” between Carter and Egyptian President Anwar Sadat “to force Israel to abandon her refusal to withdraw from territories occupied in 1967, including Jerusalem, and to agree to the establishment of a Palestinian state.”

Kimche continued, “This plan prepared behind Israel’s back and without her knowledge must rank as a unique attempt in United States’s diplomatic history of short-changing a friend and ally by deceit and manipulation.”

However, Begin recognized that the scheme required Carter winning a second term in 1980 when, Kimche wrote, “he would be free to compel Israel to accept a settlement of the Palestinian problem on his and Egyptian terms, without having to fear the backlash of the American Jewish lobby.”

In a 1992 memoir, Profits of War, Ari Ben-Menashe, an Israeli military intelligence officer who worked with Likud, agreed that Begin and other Likud leaders held Carter in contempt and wanted him out of office.

“Begin loathed Carter for the peace agreement forced upon him at Camp David,” relinquishing the Sinai to Egypt in exchange for a peace treaty, Ben-Menashe wrote. “As Begin saw it, the agreement took away Sinai from Israel, did not create a comprehensive peace, and left the Palestinian issue hanging on Israel’s back.”

Carter also recognized how much Israel’s Likud leadership wanted to deny him a second term. Questioned by congressional investigators in 1992, Carter said he realized by April 1980 that “Israel cast their lot with Reagan,” according to notes I found among the unpublished documents in the files of a House task force on the so-called October Surprise controversy.

Carter traced the Israeli opposition to his reelection to a “lingering concern [among] Jewish leaders that I was too friendly with Arabs.”

In order to prevent a Palestinian state and buy time for Israel to “change the facts on the ground” by moving Jewish settlers into the West Bank, Begin felt Carter’s reelection had to be prevented. The Likud also believed that Ronald Reagan would give Israel a freer hand to deal with problems on its northern border with Lebanon.

Today, Netanyahu faces a similar dilemma. A reelected Obama would likely renew pressure for serious talks with the Palestinians over their own state, which would mean removal of some Israeli West Bank settlements and other painful concessions.

Not that Obama would be free to do whatever he wished. The Israel Lobby would remain a powerful force in keeping Congress in line behind Israeli interests. But the president has broad authority over the conduct of U.S. foreign policy.

I’ve also been told that Obama has informed Netanyahu that if Israel does attack Iran, the United States would provide no help, with a parallel message to the Iranians that the Americans would stay out of the conflict unless Iran attacked U.S. targets or blocked the Strait of Hormuz, through which about one-fifth of the world’s oil transits.

In other words, Obama is raising the risks for an Israeli air assault, which would be more difficult without U.S. technological assistance. Yet, by not directly forbidding Israel to strike, he keeps up pressure on Iran to make significant concessions on its nuclear program in a new round of negotiations expected to begin soon.

The calculation for Netanyahu also becomes more complex. If he dispatches his war planes on a tricky mission against targets scattered around Iran, he could suffer a military failure. Though Iran’s air defenses are not highly sophisticated, they still could present a danger to Israeli aircraft, especially planes pushed to the limit of their effective range.

Iran is also considered likely to strike back, firing medium-range missiles at Israeli targets, while Iranian ally Hezbollah could fire short-range missiles from southern Lebanon. Israel might find itself in a replay of the bloody but inconclusive war with Hezbollah in 2006.

Indeed, some analysts see the conflict as playing out as a longer-range version of the 2006 war, as Israel’s potent air force would inflict thousands of civilian and military casualties in Iran and Lebanon, while Israel would suffer a smaller but not insignificant number of dead and wounded.

Netanyahu also must weigh another risk: what happens if he, like Menachem Begin, throws in his lot with the Republicans but unlike 1980 the Republican doesn’t win? What if Obama absorbs the economic and political impact of higher energy prices and wins reelection anyway? Then, Netanyahu would have offended, but not removed, the President of the United States.

Thus, Netanyahu’s calculation will have to take into account how vulnerable Obama appears later this year. If Obama enjoys a big lead, Netanyahu may conclude that the risk of angering Obama is too high. Conversely, if the race is close, then Netanyahu might decide that the risk is worth it.

46 comments for “Will Netanyahu Defy Obama on Iran?”