When kids scramble to buy the latest Nike running shoe, they’re mocked for their consumerism; yet, when Mitt Romney mentions his wife’s Cadillacs and other one-percenters tool around in their luxury autos, they’re admired for their success — a commentary on America’s crisis, writes Phil Rockstroh.

The course of action taken by the present-day U.S. political class in addressing the era’s rising tide of economic hardship and ecological peril has proven as helpful as tossing an anvil to a drowning man.

The following two, axiomatic headlines reveal much about the dovetailing mindsets manifested by members of both the drowning class and the moral compass-bereft captains of the ship of state: 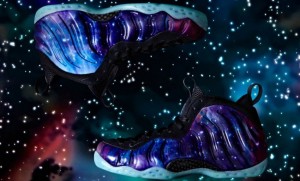 Inadvertently, Mr. Romney’s declaration, stated in his own blandly deranged way, captures the As Above/So Below nature of consumer-state psychology. By means of incessant, womb to tomb, commercial propaganda, the corporate class has promoted the idea that an individual’s identity is based solely on the sum total of his worldly possessions.

Yet, when young people, denied a decent education and stranded in circumstances where they have been deprived of a means to gain a sense of identity by acquiring the skills and the development of the talents necessary for the pursuit of their individual aspirations, have the temerity to reflect the societal values they have internalized — for example, by acting in an aggressive manner in a mindless pursuit of material items that they have been conditioned to believe will bestow a sense of self worth — then media elites and bamboozled bourgeois should not, as they can be counted on to do, react with consternation, carrying on as if these acts of desperation on the part of the young are wholly devoid of any cultural context.

A defining trait of declining civilizations: A yawning, unbridgeable chasm develops between the ability to connect cause and effect e.g., between the excesses of the privileged and powerful (apropos, a multi-millionaire, presidential candidate’s braggadocio involving the multiple ownership of luxury automobiles) and the causative effect that evincing such an arrogant and self-serving worldview exerts on the actions of the so-called underclasses.

As a consequence, a demeaning view of the world — and of themselves — has been instilled within the young: According to the internalized cosmology of the consumer state, individuals, sans materialist signifiers, register as non entities.

When the one percent crash the global economy and loot national treasuries, this is termed the neoliberal economic model, but rowdy behavior, including the coveting of relentlessly hyped athletic shoes by a few of the least powerful denizens of the consumer state, evokes waves of condemnation.

Existing in a culture that robs people of self-respect by countenancing the ongoing crime wave, perpetrated by the one percent, we should not be shocked when those born bereft of privilege, at times, conduct themselves in a less than polite fashion.

The emptiness of consumer state existence leaves many so wanting for purpose and identity that, in their confusion, they seek meaning at a mall. Lost in endlessly proffered distractions, swooning in the negative enchantment of the commercial hologram, it is no mystery why so many in the general population of the U.S. cannot approach, neither on an emotional nor intellectual level, the dire situation presented by, for example, feedback loops of escaping methane gas now active in the Arctic, Siberia and the Gulf of Mexico, and the manner that this manmade phenomenon imperils their own survival.

In this regard, predictions of doom are not the stuff of dour old men, afflicted with Cassandra complexes, long, unkempt beards flapping, as they hector passersby with gloomy auguries of a rapidly arriving “time of reckoning” — when what they mean is, their libido is waning, and it feels to them like the end of the world.

No, this is truly bad news. And if these effects of climate chaos are not mitigated and begin to be reversed — and soon — then there will come, in the not too distant future, mass suffering, in the form of a great die-off, on a scale almost impossible to envisage.

The cultural, social and political arrangements that have created this approaching catastrophe must be radically confronted and changed. Accordingly, the times call for extraordinary action. Business as usual will constitute a death march.

Not being an advocate for the dreariness intrinsic to compulsive self-denial, I accept the need for almost all forms of human excess … with the exception of those actions and pursuits that are deliberately cruel, belligerently ignorant, and sadistically or mindlessly destructive.

You can pursue excess to the point of collapse, as far as I’m concerned, just don’t harm any innocent bystanders or leave others to cleanup your mess.

These forms of excess are anathema: the agendas of the corporate/consumer state that are reducing the spicy resonance of the global agora into a bland shopping mall food court, and demand excessive work hours and debt slavery to maintain the system; overfishing that has reduced the stocks of large fish in the world’s oceans by 90 percent; the carbon footprint, created by excessive industrialization, that has become an iron boot on the neck of all living things; the commercial/ entertainment/public relations/advertising complex, specializing in endless self-referential spectacle, that offers neither revelation nor cathartic release; the defining traits of our present economic system which are identical to the actions and attendant rationalizations of an addict on a death-besotted bender desperate, joyless, and devoid of the shared sublime of a communal bacchanal.

The Road of Excess might lead to the Palace of Wisdom but one cannot arrive there by modern jet travel or by any interstate highway; conversely, one has to give oneself permission to get lost in a wilderness of inner states of being.

Nowadays, one must cultivate a high tolerance for being lost. Because, in a doomed culture, in order to have a chance at gaining an original sensibility, one must wander far beyond the royal court of flatterers, uninspired fools and scheming courtesans who are driven to spend their days truckling before a senile king nodding on his throne.

We find ourselves, currently, stranded in a crisis of selfhood, engendered by a system that demands that the untamable yearnings of the human heart be expressed almost exclusively within the limited lexicon of consumerism, that the path of self-expression be obstructed at the velvet rope-fortified domain of corporate state show biz types and elitist-approved artists, that the imagination is useless unless it generates vast monetary rewards for the one percent.

In short, because the known thoroughfares now dead-end into a wasteland.

“Only those who will risk going too far can possibly find out how far one can go. — T.S. Eliot

The vehemence of the imagination motivates. It rages against oppression, as it, in equal measure, both protects and frees one’s heart. It creates and endures. The heart, the alpha and omega point of the imagination, rebels against sensible centrism as it serves to transform demons of conformity into recalcitrant angels who are the sworn enemies of mindless power.

Moreover, the implications of this predicament extend far beyond the essential struggle for individual selfhood, for this situation is interwoven with a larger struggle for the survival of our species — a crisis that is rapidly reaching the ecological tipping point.

How we negotiate this perilous landscape will not depend on an ability to adapt to the prevailing madness of the present order. To the contrary, our chances of avoiding catastrophe will hinge on an ability to embrace novel understandings wrought by imaginative engagement with emergent realities.

This approach will also prove helpful in withstanding the inevitable conflicts that will arise with the defenders of the societal arrangements of the present whose reactionary tactics will grow ever more ruthless and brutal in direct proportion to their escalating level of panic, inevitably provoked by the collapsing certainties of the entrenched (but unsustainable) order with which they have aligned their fate.

Those are the types of fears that have kept us estranged from each other, atomized, alienated, mistrustful of the vitality of communal engagement, afraid of movement buildingwaiting for instructions from the powerful on how to proceed through life, as opposed to going about the business of making the world anew.

“It takes a worried man to sing a worried song. I’m worried now but I won’t be worried long,” so go the lyrics of the traditional folk song.

By what means do people who have experienced a lifetime of economic hardship and official oppression endure and continue to sing out in defiance?

Because they have learned this: the forces of repression might buffet your body, might zip-cuff your wrists, might lock you in jail — but they cannot gain entrance into your mind, unless you allow them in. They cannot imprison your soul unless you let them.

“There is no week nor day nor hour when tyranny may not enter upon this country — if the people lose their confidence in themselves — and lose their roughness and spirit of defiance.” — Walt Whitman

Whitman’s admonition is known innately by some, by those whose spirit of defiance are helping us to remember our innate roughness: by Bradley Manning, by the people of Greece, of OWS, by those stopped and frisked, humiliated, harmed, and jailed on false charges daily on the streets of the U.S. police state, and by the spirit of defiance being displayed in ever increasing degree by oppress people the world over — by all of those souls who will no longer accept the dismal fate of being imprisoned by fear.

In truth, the one percent would not be capable of building a propaganda apparatus slick enough, nor be able to hire enough cops, nor assemble armies with enough troops, nor build prisons rapidly enough nor large enough to keep us enslaved — if only enough of us awoke to the reality of our common plight.

Therefore: “I’m worried now but I won’t be worried long.”

Phil Rockstroh is a poet, lyricist and philosopher bard living in New York City. He may be contacted at: phil@philrockstroh.com. Visit Phil’s website: http://philrockstroh.com/ or at FaceBook: http://www.facebook.com/#!/profile.php?id=100000711907499

← Santorum ‘Throws Up’ on JFK/Obama
The ‘Winners’ Take Everything →