Exclusive: Like before the invasion of Iraq, the U.S. news media is flooding Americans with alarmist accounts about Iran’s alleged pursuit of nuclear weapons. Even when U.S. officials suggest nuance and caution, the media ignores the signals, as ex-CIA analyst Ray McGovern reports.

Watching top U.S. intelligence officials present the annual “Worldwide Threat Assessment” before the Senate Intelligence Committee, I found myself wondering if they would depart from the key (if politically delicate) consensus judgment that Iran is NOT working on a nuclear weapon.

In last year’s briefing, Director of National Intelligence James Clapper had stood firm on this key point, despite severe pressure to paint Iran in more pernicious terms. On Tuesday, I was relieved to see in Clapper’s testimony a reiteration of the conclusions of a formal National Intelligence Estimate (NIE) of November 2007, issued unanimously by all 16 U.S. intelligence agencies, including judgments like this: 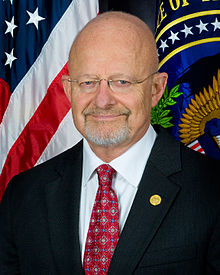 Sadly, this judgment still comes as news to many of those Americans who are malnourished on the low-protein gruel of the Fawning Corporate Media (FCM) even though the NIE was immediately declassified in 2007 and has been in the public domain for more than four years.

And, America’s FCM consistently ignores the official NIE when writing news stories hyping Iran’s nuclear threat. However, if you read the articles very closely you may see references to Iran supposedly working toward the “capacity to build” nuclear weapons, not that Iran is actually working on building a nuclear bomb.

The distinction is important, but it is so subtle as to be misleading. Most casual readers would simply assume that Iran is building a nuclear bomb.

The FCM’s rhetorical shift from accusing Iran of “building” nukes to seeking a “capacity to build” them is reminiscent of Bush’s sleight of hand when he went from talking about Iraq’s supposed WMD “stockpiles” to its WMD “programs” after it turned out there were no WMD stockpiles.

Oddly, even when Israeli sources concur with this key point that Iran has NOT decided to build a nuclear bomb as the Israeli newspaper Haaretz and Defense Minister Ehud Barak indicated recently the FCM in the United States continues to leave the impression among Americans that Iran is on the verge of having nukes. [See Consortiumnews.com’s “US/Israel: Iran NOT Building Nukes.”]

You will almost never see in a major U.S. newspaper the assessment backed by the 16 U.S. intelligence agencies that Iran is NOT building nuclear weapons. At most, you’ll see a boilerplate phrase about Iran denying that it is. You’re also not likely to see references to the fact that Israel has a sophisticated nuclear arsenal of its own.

Still, it’s encouraging to see U.S. intelligence officials resist bending with the prevailing political winds the way the malleable CIA director, George Tenet, and his deputy John McLaughlin did when they orchestrated the fraudulent October 2002 NIE on Iraq’s “weapons of mass destruction.”

After they left in disgrace (having contributed to the bloody war in Iraq), fresh institutional blood was brought in to manage intelligence estimates. In a professional sense, the two were not a hard act to follow. But courage can still be a rare commodity in the careerist world of Official Washington.

What happened is that the new managers launched a bottom-up assessment of all the evidence on Iran’s nuclear development program. They reached conclusions based on what they found, not on what was politically expedient; they spoke truth to power, and, in the process, helped prevent yet another disastrous war.

This year, though, there was good reason to worry that the current intelligence managers might succumb to pressure for a more “politically correct” course. One factor has been the rising crescendo in the FCM, echoing the Israeli government’s hyperbolic fears regarding a “nuclear threat” from Iran.

The FCM, for example, gave unconscionably inflammatory coverage to a highly misleading November 2011 report by the International Atomic Energy Agency (IAEA) on Iran. The FCM ignored available evidence from WikiLeaks documents showing that the new IAEA management was collaborating behind-the-scenes with U.S. and Israeli officials on the Iran issue.

And there was growing concern that National Intelligence Director Clapper might be outmaneuvered by the new CIA Director David Petraeus, the retired four-star general who is always the darling of Congress.

The ambitious Petraeus’s own words have shown him groveling before the Israel Lobby, to the point of backing away from his own congressional testimony of March 2010, a small segment of which was implicitly critical of Israeli intransigence on the issue of Palestine.

E-mails revealed Petraeus begging neocon pundit Max Boot to help him withstand criticism from neocon circles over the rare burst of honesty that had slipped into Petraeus’s prepared testimony. Petraeus then mistakenly shared the e-mail train with blogger James Morris, who made them public.

On Tuesday, Petraeus was pandering again in his gratuitous repetition of the neocons’ characterizations of the IAEA report. Petraeus said: “The IAEA report was a very accurate reflection of reality, of the situation on the ground. I think that is the authoritative document when it comes to informing the public of all the countries of the world of the situation there.”

This is a remarkable statement coming from the head of the CIA, an agency that was one of the principal drafters of the NIE in 2007, which stands at variance with the politically tinged IAEA report, which labored to make the case that Iran was gaining expertise needed to build a nuclear bomb.

However, there were, in fact, significant overlaps in the IAEA’s description of Iran’s nuclear program and the key judgments of the NIE, but you would hardly know that from reporting in the FCM. The IAEA report contains no smoking gun regarding Iran’s intentions about building nuclear weapons, but notes that much of Iran’s progress occurred prior to fall 2003 when the NIE reported that Iran abandoned its weapons program.

Still, many pundits and politicians walked away with two misleading messages from the IAEA report: that it refuted the NIE and that Iran is now making a break for the bomb. Both representations are false, yet the assertions have been repeated often enough to give them traction with the public and Congress, which was evident in Petraeus’s remarks.

As Petraeus knows better than most, the National Intelligence Estimate is the genre of intelligence assessment that the U.S. government considers “authoritative.” I found it shameful, but not surprising, that he would identify himself with the IAEA rather than with the U.S. intelligence community. Shameful pandering, which Clapper, to his credit, would have none of.

The way the wind seems to be blowing from the White House and Capitol Hill, however, I think it a good bet that, before many months go by, Petraeus will be taking over the job of his current nominal boss, and Clapper will be set out to pasture for special services not rendered.

The Media on the Briefing

True to form, the FCM offered little truth in its reports on the Tuesday briefing and quite a lot of distortion. Very little mention was made of Clapper’s key assertion that Iran is not building nuclear weapons, just as the FCM discreetly averted its eyes and ears from Defense Secretary Leon Panetta’s definitive statement to that effect on Jan. 8.

The Washington Post initially ran an article by Greg Miller titled, “Iran, perceiving threat from West, willing to attack on U.S. soil, U.S. intelligence report finds.” That title was then squished to fit at the top of page one, right next to a smiling photo of Mr. and Mrs. Romney, and reads “U.S. spy agencies see new Iran risk: Tehran more willing to launch attacks on American soil, they say.”

For his story, Miller selects the two short paragraphs in which Clapper claims that some Iranian officials, probably including Supreme Leader Ali Khamenei, “are now more willing to conduct an attack in the United States in response to real or perceived U.S. actions that threaten the regime.” (I can readily imagine the word-smithing by senior officials that yielded that profound observation.)

In an instant commentary, Salon blogger Glen Greenwald described Miller’s article, correctly, as a “monument to mindless stenographic journalism” and asks if anyone is still “doubting that there is a concerted media-aided fear-mongering campaign aimed at Iran.”

For the record, the New York Times’ Eric Schmitt led off his report in a similar vein: “Some senior Iranian leaders are now more willing to carry out attacks inside the U.S. in response to perceived American threats against their country,” citing senior intelligence officials.

It is not at all picayune to note that the Times dropped the “real or” from Clapper’s “in response to real or perceived U.S. actions that threaten the regime,” thus removing the point that Iran might actually encounter “real” threats from the United States. All that high-priced word-smithing for nothing!

As if further proof were needed about the bias of the FCM, blogger Michael Rozeff took the Boston Globe to task for piecing together two unconnected parts of Clapper’s testimony to leave the impression that Iran is making enriched uranium in order to conduct an attack on the U.S.

Who Will Tell the Truth?

As a former analyst of Soviet affairs, I became familiar with how to dissect controlled media. And as a liaison officer to Radio Free Europe and Radio Liberty during the late Sixties, I learned ways to penetrate denied areas with radio waves and other means.

It was those two radio stations, plus VOA and the BBC, that played such a key role in informing Russians and East Europeans about what was possible in the outside world. So, how to break through the blanket of the Fawning Corporate Media to give Americans a shot at knowing what is going on?

It seems a kind of delicious irony that, how to say this, the Russians Are Coming to help those of us hoping to break through the FCM and make our reporting and analysis available to our fellow citizens. As senators were clapping for Clapper, RT (for Russia Today) asked to interview me for their evening news program.

Knowing that my old friend Secretary of State Hillary Clinton has already spoken approvingly of RT, I did not think I needed to ask permission. Here’s what I said; I can only hope some folks watched it.

Ray McGovern works with Tell the Word, a publishing arm of the ecumenical Church of the Saviour in inner-city Washington. He entered CIA’s analysis division as a Soviet specialist in 1964 and, after preparing and briefing the President’s Daily Brief (1981-85), served as deputy chief of analysis at the Foreign Broadcast Information Service (now the Open Source Center).

17 comments for “Divining the Truth about Iran”