At a time when the planet needs people to come together and confront crises from global warming to worsening poverty the trendy ideology is an aggressive neoliberalism that seeks to impose a deregulated “free market” on the world, just the approach that is sure to bring disaster, Phil Rockstroh observes.

There is no reality-based argument denying this: The present system, as defined by the neoliberal economic order, is as destructive to the balance of nature as it is to the individual, both body and psyche. One’s body grows obese while Arctic ice and wetlands shrink. Biodiversity decreases as psyches are commodified by ever-proliferating, corporatist/consumer state banality.

But the raging soul of the world will not be assaulted without consequence. Mind and body are intertwined and inseparable from nature, and, when nature responds to our assaults, her replies are known to humankind as the stuff of mythic tragedy and natural catastrophe. 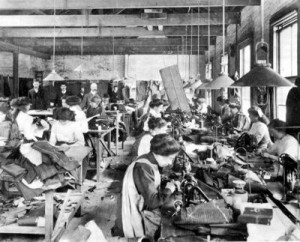 “When the poet lives his hell, it is no longer possible for the common man to escape it.”, Excerpt from, The Time of the Assassins, a study of Rimbaud, by Henry Miller

But take heart. As the saying goes, it is always darkest right before it goes completely black. Rejoice in this: Seeds of futurity require the darkness within soil to dream.

“To go into the dark with a light is to know the light. /To know the dark, go dark. Go without sight,/ and find that the dark, too, blooms and sings,/ and is traveled by dark feet and dark wings.”– Wendell Berry, To Know The Dark

What “tangible” and “constructive” things can a poetic sensibility contribute to everyday existence? Here’s one: The atomized denizens of neoliberal culture are in dire need of a novel yet durable sensibility, one bearing the creativity and stamina required, for example, to withstand the police state rebuffs inflicted by the ruthless authoritarian keepers of the present order as is the case, when OWS dissidents initiate attempts to retake, inhabit, and re-imagine public space.

Yet, while it is all well and good to be politically enlightened, approaching the tumult of human events guided by reason and restraint, if the self is not saturated in poetry, one will inhabit a dismal tower looking over a desiccated wasteland.

The crackpot realist’s notion that poetry has no value other than what can be quantified in practical terms emerges from the same mindset that deems nature to be merely worth what it can be rendered down to as a commodity. The trees of a rain forest can be pulped to paper cups. A human being is only the content of his résumé. The underlying meaning of this sentiment: The value of one’s existence is derived by the act of being an asset of the 1 percent.

Resultantly, the tattered remnants of the neoliberal imagination (embodied in lofty but content-devoid Obama speechifying and the clown-car demolition derby of Republican politics) spends its days in a broken tower of the mind, insulated from this reality: The exponentially increasing consequences (e.g., economic collapse, perpetual war, ecocide) created by the excesses of the present paradigm will shake those insular towers to their foundations, and, will inevitably caused the structures to totter and collapse.

The bells, I say, the bells break down their tower;

And swing I know not where. Their tongues engrave

Membrane through marrow, my long-scattered score

Of broken intervals…And I, their sexton slave!– Hart Crane, excerpt from The Broken Tower

We have been “sexton slave” to this destructive order long enough; its lodestar is a death star.

In polar opposition, a poetic view of existence insists that one embrace the sorrow that comes at the end of things. The times have bestowed on us a shuffle to the graveside of our culture, and, we, like members of a New Orleans-style, second line, funeral procession, must allow our hearts to be saturated by sorrowful songs. Yet when the service is complete, the march away from the boneyard should shake the air with the ebullient noise borne of insistent brass.

“Often we’re not so much afraid of our own limitations, as we are of the infinite within us.”–Nelson Mandela (from an interview from his prison cell, conducted by the late Irish poet and priest, John O’Donnahey)

In this way, we are nourished by the ineffable, whereby unseen components of consciousness provide us the strength to carry the weight of darkness. Therefore, to those who demand this of poets: that all ideas, notions, flights of imagination, revelries, swoons of intuition, Rabelaisian rancor, metaphysical overreach, unnerving apprehensions, and inspired misapprehensions be tamed, rendered practical, and only considered fit to be broached in reputable company when these things bring “concrete” answers to polite dialog — I ask you this, if the defining aspects of our existence were constructed of concrete, would not the world be made of the material of a prison?

Moreover, is this not the building material and psychic criteria comprising the neoliberal paradigm? Is it any wonder that the concept of freedom is under siege?

Carl Jung averred, when a disconnect occurs between the inner life of the individual and the outward exigencies of daily life that “the Gods [] become diseases.”

One way, this assertion can be taken is: There are multiple forces, tangible and intangible, in play in our lives and the trajectory of events e.g., the personal, in the form of the ghosts of trauma that haunt individual memory, but there exist, as well, extant and within, the collective spirit of an age. Tragically, in our own time, within the precincts of power, our national house of spirits has become a madhouse.

Yet beneath the gibbering cacophony of the insane asylums of past eras, beneath the haze of pharmacologically induced stupors of the institutions of the present, there exists much pain. This is the toll taken by a manic flight from honest suffering. At present, this is what we’re given in our age of cultural and political disconnect and its attendant sense of nebulous dread.

Paradoxically, while the forces of nature are impersonal, the dilemma feels very personal. Therefore, on this journey to the end of empire, when impersonal elements are in play, one can become alienated from the dehumanizing trajectory of the times.

Likewise, as exemplified by the U.S. political system, what process is more impersonal than the process of decay? Apropos, the air is permeated with a reek of putrefaction.

Yet the earth is kind, for one can use putrescent material in the process of renewal. The loam of earth is enriched by the rancid just don’t swallow it down whole doing so, will cause you to become ill.

Importantly, because a cultural breakdown is occurring, and culture carries the criteria of psyche, the acts of social engagement through dissent, cultural re-imagining and rebuilding can have a propitious effect upon individual consciousness, an endeavor James Hillman termed “soul-making.”

Remember to disguise yourself as yourself when approached by ghosts of calcified habit and gods of tumultuous change. This is essential: Because what takes hold and brings about the collapse of an empire is a loss of collective soul e.g., the type of loss of meaning and purpose evinced when only a meaningless, zombie-like drive remains, because, even though, the culture is dead, it refuses to accept the shroud of the earth’s enveloping soil to have its decomposing remains broken down and returned to the cycle of all things.

As circumstances stand, at present, for the 1 percent, their refusal to accept the inevitable has yielded grave ramifications for the people, fauna, and flora of the planet. Although, due to their seemingly vacuum-sealed insularity, ensured by vast wealth, the economic and political elite have yet to be touched by the consequences of their actions, much less forced down to earth.

Of course, this behavior defies logic, is in breach of the law, and is an affront to any workable code of ethics — as well as, stands in defiance to the laws of nature, including the force of gravity. But you can count on this, “the unseen hand of the market” (actually the buckling backs of the 99 percent) can’t hold up the 1 percent’s swaying tower of hubris for much longer, and when it comes down, stand clear, for there are no bystanders when an empire crumbles.

As exhibited by the often bland, “normal” outward appearance of a serial killer, when the apologists and operatives of an exploitive, destructive system appear to be reasonable, they can go about their business without creating general alarm.

By the same token, while many present-day Republicans are zealots — barnburners raving into the flames of the conflagrations created by the militarist/national security/police/prison industrial state — Barack Obama and the Democratic Party serve as normalizers of the pathologies of late empire.

In this manner, atrocious acts can be committed by the state, with increasing frequency, because, over the passage of time, such outrages will have been allowed to pass into the realm of the mundane, and are thus bestowed with a patina of acceptability.

In Nineteenth Century Britain, the sugar that sweetened the tea of oh-so civilized, afternoon teatime was harvested by brutalized, Caribbean slaves, who rarely lived past the age of 30, as, for example, in our time, in our blood-wrought moments of normalcy, we trudge about in sweatshop sewn clothing, brandishing i-Phones manufactured by factory enslaved teenage girls who are forced to work 14 hour plus shifts.

“That’s just the way it is” might be one of the most soul-defying phrases in the human lexicon.

Contrast this with the OSW slogan, “The beginning is near.” Hold both sentiments in your mind and discover which one allows your own heart to beat in sync with the heart of the world, and which will grant the imagination and stamina required to remake the world anew.

← Divining the Truth about Iran
The Almost Vanunu →

15 comments for “A Journey to the End of Empire”