Despite the growing power of right-wing extremists, some Israelis are speaking out against legislation and attitudes that target both Arabs and the core principles of democracy. They represent a movement of conscience seeking to salvage Jewish ideals of justice, as Lawrence Davidson reports.

Last month Amira Hass, one of Israel’s best, bravest and most disliked journalists wrote a short piece in Haaretz entitled “When ‘fascist’ is not a rude word,” in which she tells us that “in fascist regimes the state is above all” and notes that the sort of fascist-style bills pouring out of Israel’s Knesset would “make Jean-Marie Le Pen and his daughter [the leaders of the far-right party of France] look like amateurs.”

For instance, Hass cited a proposal from Danny Danon, a member of the ruling Likud Party, mandating that “Every certificate issued by the state will oblige [the recipient] to sign a document with a clause declaring loyalty to the State of Israel,” or as one settlers’ Web site explained: No declaration – then no driver’s license, no identity card, no passport. 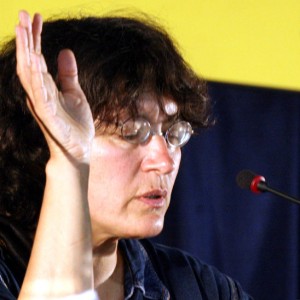 According to Hass’s article, Danon told Army Radio that his plan was only part of “the total solution.” Danon proclaimed, “there are many people who act against the State that protects them. Anyone who is not faithful to the State should not be a citizen.”

Danon mainly has in mind the quarter of Israel’s population who are not Jewish, but he would also throw into this category those Israeli Jews audacious enough to stand up for political equality for all citizens, such as those who object to the mistreatment of Arabs (or who protest the growing ultra-Orthodox demands for discrimination against women).

In other words, Danon’s aim is to manufacture “statelessness” for those who object to signing loyalty oaths. (Statelessness is when people are denied a connection with or protection from a state, often as a result of discrimination or persecution.) As both 20th century European history and Israel’s 45 years in the Occupied Territories attest, statelessness is a one-way road to physical and cultural destruction.

But could this be so? Could it be that Israel, often hailed as the “only democracy in the Middle East,” the U.S. friend and ally that allegedly reflects American values is morphing into a fascist state? It seems that, in Danon’s efforts to be “just like us,” this good-looking and clean-shaven fellow is following in the footsteps of Senator Joseph McCarthy.

Deeply indoctrinated Americans are going to need more than Amira Hass’s word on this, however. They are going to need supporting evidence. So after consulting with Danny Danon, they may want to move on to Benni Katzover.

Katzover is a major figure in the Israeli “settler movement” and a supporter of the terrorist activities of the Zionist “price tag” campaign, a bunch of “patriots” who attack Palestinians and Israeli peace groups whenever the government frustrates the settlers’ helter-skelter expansionist activities on the West Bank.

Katzover may well have the same ends as Danon, but he is much more out-front about them, declaring: “I would say that today, Israeli democracy has one central mission, and that is to disappear. Israeli democracy has finished its historical role, and it must be dismantled and bow before Judaism.”

He said Israeli leftists who find this proposal frightening are just “against anything that smells of holiness, and … act against the foundations of Jewish faith.” One wonders what American Zionists who see Islamic Sharia law undermining the foundations of democracy make of Benni Katzover?

While estimates vary, it is not unreasonable to assume that Danny Danon and Benni Katzover together command the support of at least 25 percent of the Israeli Jewish population. Otherwise the Israeli Knesset would not look and act as it does and the settler movement would not be so openly aggressive. And this category of Israelis is nothing if not aggressive.

According to a recent survey, the Danon-Katzover types are mostly young and express their opinions in an “open and unabashed” racist way. They express open hatred for Arabs and a wish that those under Israeli control would die.

Of course, there are other Israelis who represent the opposite point of view. Thus, our figurative American supporters of Israel might also want to interview some of them.

First they should look up Uri Avnery, a founding member of Gush Shalom, the Israeli Peace Bloc. Avnery has solid Israeli credentials: he was a heroic fighter in the 1948 war, a well-known journalist and was a distinguished past member of the Knesset. However, he has also always asserted that Israel evolved along the wrong path.

Avnery said it should not be a “nationalistic, theocratic ‘Jewish State’” but rather a “modern, liberal state belonging to all its citizens irrespective of national or religious roots.” This position earned him a lot of enemies including Israel’s first Prime Minister David Ben-Gurion and his successor, Golda Meir. Both considered Avnery a “public enemy.”

Subsequently, there was an assassination attempt against him and the office of his newspaper, Haolam Hazeh, was bombed. Avnery is a shining light of humanism and he is not the only one.

After talking to Avnery, our figurative inquirers should move on to Rabbi Arek Ascherman, the Director of Special Projects for Rabbis for Human Rights in Israel. Ascherman’s position is that the only legitimate way you can have Israel be a Jewish place is by having its institutions uphold Jewish values.

For Ascherman that means getting in the way, as best one can, of the “ugly side” of Israeli behavior and policies such as standing against the house demolitions, land confiscations, settler encroachments, arbitrary arrests, beatings and killings of Palestinians, etc. For his efforts Ascherman and his organization have suffered the same sort of attacks as has Avnery.

Asherman’s car has been stoned (by Israelis), and he has been arrested and beaten up. His fate reminds one of the treatment received by civil rights workers in the 1960s in the U.S. South. This seems to be another way that Israel is “just like us.”

Avnery, Ascherman and other Israeli Jewish men and women who fight for human decency probably command the support of, at most, 15 percent of the Israeli Jewish population.

And what of the rest of Israel’s Jews? Well, the survey mentioned above found that the other 60 percent are indifferent to the Palestinians, but in a generally negative way. For instance, many in this category (up to 46 percent) “would not be willing to live next door to them.”

It is actually the negatively tinged indifference of this majority of Israeli Jews that allows the more assertive and aggressive 25 percent to gain power and assure the country’s status as a truly apartheid state. The 15 percent who may support Avnery and Ascherman essentially become social misfits within the Israeli milieu.

They have somehow escaped the full impact of Zionist education and ideology. They have broken free of the conformist pressures of family, community, army and media propaganda. And, having freed themselves from what Gabriel Kolko calls “enforced consensus,” they collectively become a fringe element.

It is strange that all countries seem to have such self-aware and active humanitarians in roughly the same relative proportion about 15 percent. This is just large enough to remind us of what good humanity is capable of, but just too small to help us realize that good.

8 comments for “Israelis Who Speak for Justice”