The current U.S.-Iran confrontation has the look of inevitably leading to war, much like the one-way ratcheting of pressure on Iraq a decade ago. Whatever concessions Iran is likely to make are almost certain not to satisfy the West, as ex-CIA official Paul R. Pillar writes.

Imagine that you are a senior adviser to the Iranian supreme leader Ayatollah Ali Khamenei and have decided that sanctions and other pressures on Iran have accomplished exactly what they ostensibly are designed to do (to the extent that any such presumed purpose of the pressure can be discerned from what is coming out of Washington): to change minds among policy makers in Tehran about Iran’s nuclear activities.

You, the adviser, have concluded that the pressures are sufficiently damaging to Iranian interests that Iran ought to make whatever policy changes are needed to get the pressure to stop. What, exactly, do you advise your boss to do? 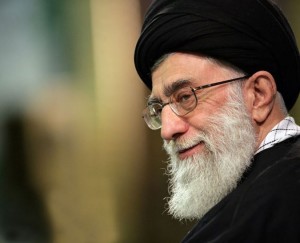 As you contemplate that question, you realize there are several conditions that would have to be met in order for any advice you gave not to be rejected immediately and categorically, if not by the supreme leader himself then by others in the regime who have a say in shaping policy.

Whatever step you recommend would have to be politically feasible, which also means being psychologically feasible for the leader, for other Iranian policy makers and for the Iranian public. There also would have to be some mechanism for reaching an understanding or agreement with the Americans, given that ending the U.S.-led pressure would be the whole purpose of changing policy.

Closely related to that last requirement, you would also need to point to good reason to believe that if Tehran did change policy, the United States would indeed end the pressure. After carefully reflecting on all this, you would have to decide that, as long as the policies and discourse you hear coming from the United States remain as they are, the requirements cannot be met.

The United States has made it almost impossible for Iran to say yes to whatever it is the United States is supposedly demanding of Iran. You quietly drop the idea of recommending to the supreme leader any change of policy.

One can, to be sure, imagine an Iranian statement that would sufficiently get U.S. attention that it would affect U.S. policies. Ayatollah Khamenei could go on television and say, “The pressure is too great. We need to change our ways. The centrifuges have been turned off, and we have begun dismantling them. We will take whatever other steps are needed to make the pressure stop.”

Anything even remotely resembling such a “cry uncle” speech is out of the question. Even in the extremely unlikely event that the supreme leader ever considered doing anything like that, imagine what the response would be from the Iranian equivalents of Republican presidential candidates.

There would screams of “appeasement” and outcries against “apologizing” to the Americans that would be loud enough to shake the foundations of the regime, which is part of the reason no such speech will be made. Or if you can’t imagine that, imagine how a similar issue would play here if it were the United States that was being pressured by a foreign power.

The substance of any such understanding would involve technical details about inspections and safeguards. Such details would need to be negotiated. Feasible arrangements that would provide the minimum assurances to both sides could be negotiated, but they are unexplored. They remain unexplored because the United States has abandoned negotiations and has made its policy toward Iran solely one of pressure and sanctions.

Conceivably Iran could do some things unilaterally that might be interpreted as the sort of policy changes that the pressure ostensibly is designed to achieve. But if the recent past is any guide, Iranian decision makers would have no basis for believing that any such changes would register with the United States and be sufficiently accepted and favorably interpreted to lead to any easing of sanctions.

Even when the U.S. intelligence community assessed that Iranian work on the design of nuclear devices had ceased, this only served to touch off a firestorm of controversy and accusations about political agendas.

The United States has given Iranians every reason to believe that it is committed to nothing other than pressure and more pressure, regardless of what modifications Iran may make in its programs. Any Iranian adviser who suggested otherwise would be shouted down by his colleagues in Tehran.

There is sadly no prospect for this dynamic to change any time soon, with a U.S. political environment in which, as Ted Galen Carpenter aptly describes, diplomacy with anyone we don’t happen to like is disparaged as appeasement.

The House of Representatives has even passed legislation (which awaits action in the Senate in the new year) that, in one of the most astoundingly self-crippling moves a house of Congress has ever made, would prohibit any official contact with Iranians in the absence of a cumbersome presidential waiver procedure.

We seem to have lost sight of what all those sanctions and pressure were supposed to achieve in the first place. They have come to be treated as if they were ends in themselves. That myopia, combined with reactive pigheadedness on the part of the Iranians, has produced a destructive spiral. As Trita Parsi observes:

“Such is the logic of pressure politics – pressure begets pressure and along the way, both sides increasingly lose sight of their original endgames. As this conflict-dynamic takes over, the psychological cost of restraint rises, while further escalatory steps appear increasingly logical and justified. At some point – and we may already be there – the governments will no longer control the dynamics. Rather, the conflict dynamic will control the governments.”

Some in this country, including some who have been most responsible for stoking the atmosphere just described, probably do not want sanctions to work. They instead see them as a necessary preliminary to the war that they really want. They may get their way, even without a deliberate decision in either Washington or Tehran to start a war.

In response to the most recent escalation of sanctions, which threatens to have material effects on Iranian oil exports (if they don’t just have the counterproductive effect of raising the price of oil and boosting Iranian revenues), we hear, unsurprisingly, threatening Iranian talk about closing the Strait of Hormuz to all exports.

The situation is ripe for the kind of incident that can rapidly escalate out of control and become a highly destructive conflagration.

This is a tragedy in the making. It is being made largely because too many people in this country have lost sight both of U.S. interests and of the fundamental bargaining principle that if we want to solve a problem that involves someone else with whom we have differences, we should make it easier, not harder, for the other side to say yes.

← Cables Hold Clues to U.S.-Iran Mysteries
What Your Support Meant in 2011 →