U.S. intelligence says the terror threat from al-Qaeda is receding, but Congress keeps on expanding the scope of this “war” so as not to look “weak on terror,” now adding new military powers that could be used against American citizens, writes ex-FBI agent Coleen Rowley.

The U.S. Senate has just voted 93 to 7 to pass the National Defense Authorization Act (NDAA) for Fiscal Year 2012, which allows the military to operate domestically within the borders of the United States and to possibly (or most probably) detain U.S. citizens without trial. 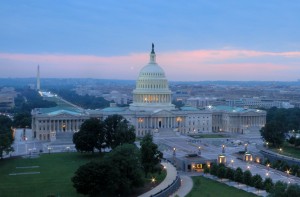 Forget that the ACLU called it “an historic threat to American citizens,” this bill is so dangerous not only to our rights but to our country’s security that it was criticized by the Directors of the FBI and the CIA, the Director of National Intelligence and the U.S. Defense Secretary!

For the first time in our history, if this Act is not vetoed, American citizens may not be guaranteed their Article III right to trial. The government would be able to decide who gets an old-fashioned trial (along with right to attorney and right against self-incrimination) and who gets detained without due process and put into a modern legal limbo.

Does anyone remember that none of the first thousand people the FBI rounded up after 9/11, and who were imprisoned for several months (some brutalized) were ever charged with terrorism? Does anyone remember that hundreds of the Gitmo detainees who were handed over to their American military captors in exchange for monetary bounties were found, after years of imprisonment, to have no connection to terrorism?

When in doubt about a case, what do you think the government will again do? Does it prefer to submit its evidence to a jury’s scrutiny and its witnesses to the trouble of being cross-examined in court by a defense attorney or would it be easier to have no questions asked and dump the accused into detainee prison without rights? I think we already know that answer from the nearly ten years of experience at Guantanamo.

Sen. Lindsey Graham, R-South Carolina, declared that suspected citizens open themselves up “to imprisonment and death” He added: “And when they say, ‘I want my lawyer,’ you tell them: ‘Shut up. You don’t get a lawyer.'”

Of course, the politicians will say we are just talking about a few cases. But in fact the sky’s probably the limit given the current legal ambiguity in the Patriot Act expansion of “material support for terrorism” to now include humanitarian aid and even mere advocacy speech without any need to prove an accused person intended to support any kind of terrorist violence.

The Department of Justice has been currently using this ambiguity for over a year to investigate 23 American citizens who are anti-war activists in Chicago and Minneapolis. Additionally, the “war on terror” will undoubtedly expand even more when it is de-linked from 9/11.

See “The War on Terrorism Congress Never Declared — But Soon Might” by Stephen I. Vladeck, a law professor, expert on these issues and associate dean for scholarship at American University Washington College of Law, which states:

“An individual may be detained for providing ‘direct support’ (which, in the government’s view, may be nothing more than minor financial or logistical assistance) in aid of ‘associated forces’ that are ‘engaged in hostilities against … coalition partners.’

“Thus, the NDAA effectively authorizes the military detention of any individual who provides such assistance anywhere in the world to any group engaged in hostilities against any of our coalition partners, whether or not the United States is in any way involved in (or even affected by) that particular conflict.”

Given this expansion of the 2001 Authorization to Use Military Force contained in the 2012 NDAA to encompass undefined “associated forces,” we could witness the U.S. government targeting a large range of political dissidents, human rights activists, humanitarians, and maybe even “occupiers.”

The NDAA is deliberately confusing for political purposes but much is at stake. President Barack Obama’s determination as to whether or not he will veto the problematic 2012 war funding bill will determine how Benjamin Franklin’s glib response to the woman waiting outside the Constitutional Convention is ultimately answered. Franklin and other founding fathers had created “a Republic, Madam, if you can keep it.”

But a lawless Military Empire could now await where U.S. “emergency war powers” trump the Constitution, where the Commander in Chief becomes king for a term(s), the military enters into domestic police-state actions in violation of 130 years of Posse Comitatus law, and the Constitution becomes as quaint as the Geneva Conventions were for Alberto Gonzalez and the Bush Administration.

So why should they also not go for detaining American citizens without constitutional rights or trial?

You can tell President Obama he needs to live up to his threat to veto this legislation or you can sign Sen. Mark Udall’s petition.

Coleen Rowley, a FBI special agent for almost 24 years, was legal counsel to the FBI Field Office in Minneapolis from 1990 to 2003. She wrote a “whistleblower” memo in May 2002 and testified to the Senate Judiciary on some of the FBI’s pre 9-11 failures. She retired at the end of 2004, and now writes and speaks on ethical decision-making and balancing civil liberties with the need for effective investigation.

← Robin Hood of the Information Age
Time for a Wall Street ‘Perp Walk’? →

16 comments for “Bringing the ‘War on Terror’ Home”